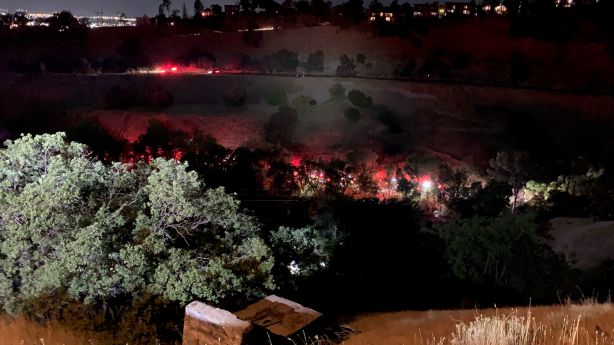 At around 10:30 p.m., the Tesla traveling west on 11th Avenue failed the corner on B Street and drove through the railing, Lt. said. Dave Cracroft of the Salt Lake Police Department.

The man was hospitalized in very critical condition, Cracroft said, and the woman was in serious condition.

Police believed a third person may have been in the vehicle, but the crews searched the area with a helicopter and a flare, and the police searched the ground, but they couldn’t find another person, the lieutenant said.

He said he didn’t know how fast the vehicle was going but described the speed as “pretty fast”. One person had to be taken out of the car.

The crash is still being investigated.