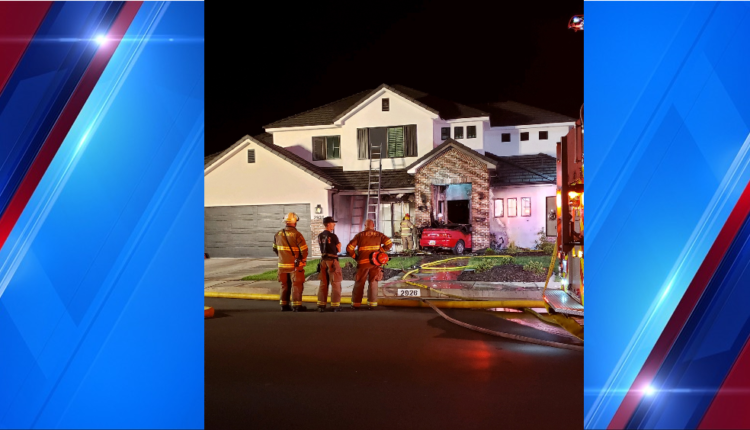 NS. GEORGE, Utah (ABC4) – A teenage boy was quoted for driving under alcohol and crashing into a house in St. George early Thursday morning.

St. George police told ABC4 just before 1 a.m. that officials were called by a resident who said a vehicle crashed into their home and was on fire.

Upon arrival, the officers found that the vehicle was completely on fire and caused fire to the apartment.

TO UPDATE: Missing Ogden man found alive after two nights in the cold

A viewer shared these photos with ABC4 of the house after the fire was extinguished and the vehicle removed.

Authorities found that the driver’s sister’s vehicle had been stolen.

A 14-year-old was charged with drinking under the influence, violating the curfew, operating without a license and a traffic violation. The teenager was released with his parents.