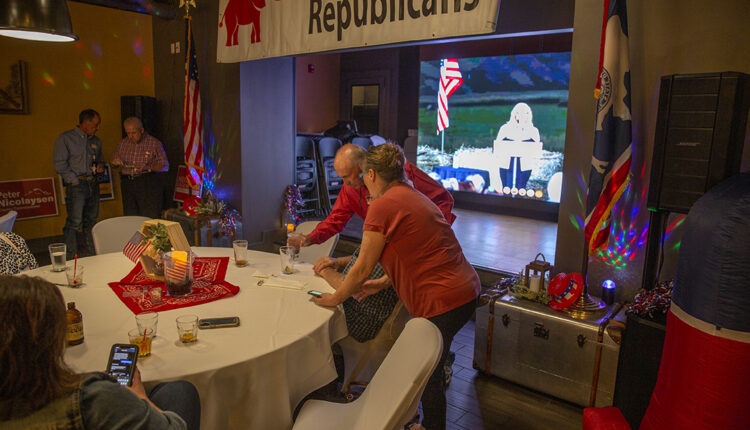 2022 was a year of political splintering in Wyoming; a year in which the effects of the Colorado River water crisis traveled upstream to the state’s river banks; a year when a “trigger” law banning most abortions boiled over into a debate about the fundamental rights of Wyoming residents.

Though the Republican Party continued to consolidate power in this ultra-red state, US Rep. Liz Cheney was ousted in a high-profile takedown after turning against former President Donald Trump. Intra-party tensions, meanwhile, deepened long standing divisions in the party.

Wildlife managers had their hands full as chronic wasting disease continued its insidious spread, ungulates overran private land and development plans collided with wildlife values. The consequences of budget cuts to mental and behavioral health resources grew more troubling with an uptick in violence and use of restraints at the Wyoming Boys’ School as well as reported crises within school communities. Resignations from top offices led to accusations of political allegiance trumping experience or qualifications in the appointment process.

And four Missouri hunters, a checkerboard pattern of land ownership and a heated debate over what constitutes trespass turned into a national story of inaccessible public land.

WyoFile’s 2022 Year in Review runs down our top headlines from a year of digging, chasing and teasing out Wyoming’s most captivating and impactful stories. Here they are, in no particular order.

As Wyoming’s lone representative in the House of Representatives, Liz Cheney voted with former President Donald Trump 93% of the time. The staunch conservative and daughter of former Vice President Dick Cheney was popular in Wyoming through her first four years in office. But following the Jan. 6, 2021 insurrection at the US Capitol, Cheney launched an unsparing if lonely campaign to repudiate and hold Trump accountable for his role in inciting the crowds.

Cheney quickly began to lose favor of the Republican Party, which censored her on county, state and national levels. Trump placed her squarely in his cross-hairs, hand-picking Cheyenne attorney Harriet Hageman to unseat Cheney in the August primary. What ensued was an increasingly public spat and a Wyoming political race that drew international curiosity as people wondered: Would Cheney’s disloyalty to Trump cost her her job?

In ultra-red Wyoming, where some voters wondered if she was too focused on Jan. 6 work and others said they lost interest in the cause, the answer appeared to be yes. Hageman easily ousted Cheney, winning nearly 70% of primary votes.

Bear 399, a grizzly sow that has raised several litters of cubs in the Greater Yellowstone Ecosystem, is world famous. The bear is considered an ambassador of her species, and she, along with her frolicking cubs, draws legions of tourists and photographers to the area.

Some attribute 399’s reproductive success in part to her home range near highways and people — which may have kept her cubs away from male bears who sometimes kill offspring. But living among so many people led to conflicts, and wildlife managers say her cubs became unnaturally habitual as they discovered food rewards like beehives and horse feed. 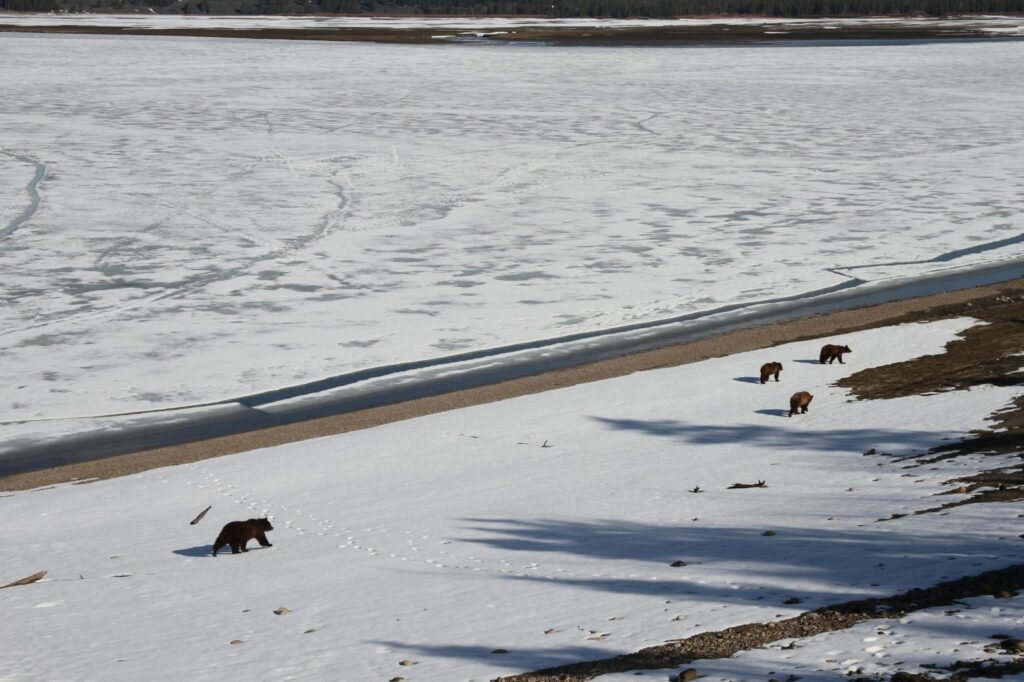 A creature of habit, bear 399 takes a familiar route along Jackson Lake’s shoreline on her way from Signal Mountain to willow-filled meadows along the Snake River in Grand Teton National Park. (Mike Koshmrl/WyoFile)

When her latest sub-adult cubs went off on their own this year, they encountered the consequences of being too accustomed to human habitat.

Citing “increasingly dangerous behavior,” the US Fish and Wildlife Service in July authorized the Wyoming Game and Fish Department to kill one of 399’s sub-adult offspring. The bear’s death prompted widespread sorrow as fans debated how humans can better minimize conflicts.

The crisis surrounding the overtaxed and drought-stricken Colorado River crept upstream to Wyoming this year, where it prompted federal officials to release extra water from Flaming Gorge Reservoir to help maintain hydroelectric generation at Lake Powell’s Glen Canyon Dam and motivated state officials to gird themselves to defend Wyoming’s rights.

Meanwhile, angling and recreation business at Flaming Gorge has taken a hit from shrinking shorelines, and many expect low levels to become the new normal. 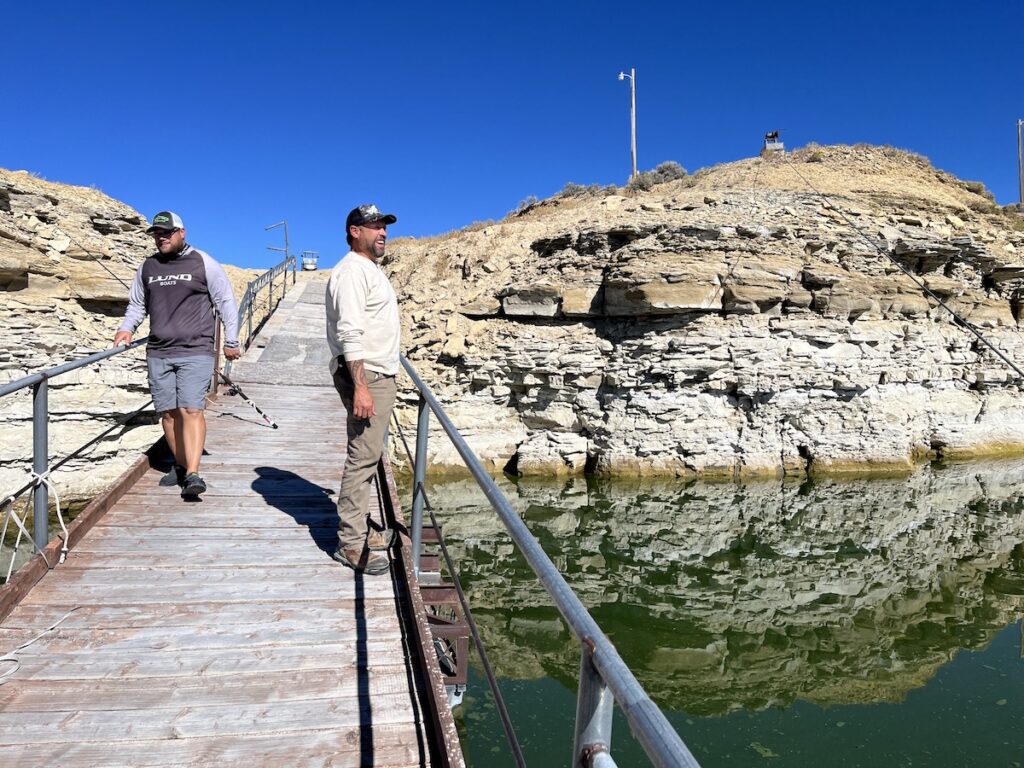 When Carbon County prosecutors charged four Missouri hunters with criminal trespass for using a ladder to cross from one block of US BLM land to another at a common corner with private ranchland in late 2021, it touched off a Westwide debate about access to public land and what constitutes trespass.

Though the hunters crossed at a surveyed property-corner monument without setting foot on Elk Mountain Ranch land, the ranch owner claims they damaged his property value by violating the airspace above it.

WyoFile reporter Angus M. Thuermer, Jr. has led the nationwide coverage of the issue, diligently reporting on everything from claims of multi-million-dollar damages to allegations of harassment, a national movement to open up some 8 million acres of public land considered landlocked in the West and a jury trial at Rawlins.

Though that jury found the hunters not guilty of trespassing, they still face a civil suit. 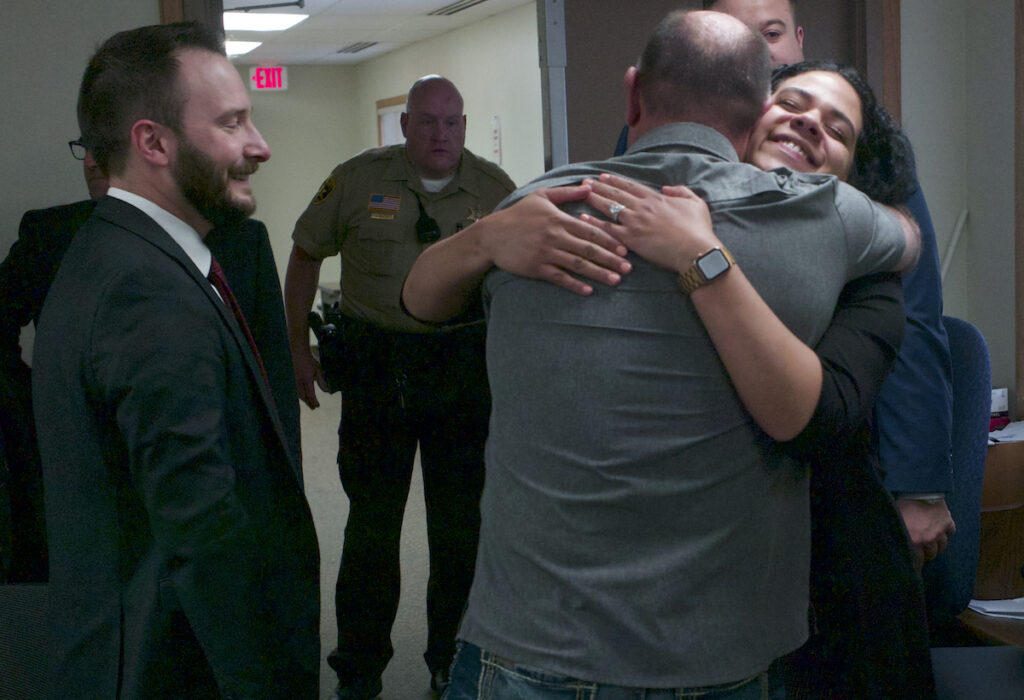 Defense attorney Katye Ames gets a hug from Brad Cape after his acquittal on trespass charges after corner crossing at Elk Mountain Ranch in 2021. (Angus M. Thuermer, Jr./WyoFile)

The struggle for reproductive rights

Wyoming joined what would ultimately be a dozen states in March when it passed its version of a “trigger law,” which would ban abortion in most cases if the US Supreme Court overturned Roe v. Calf.

SCOTUS effectively overturned Roe in June, which made way for the state’s ban to take effect in July with exemptions for rape, incest or threats to the life of the pregnant woman. 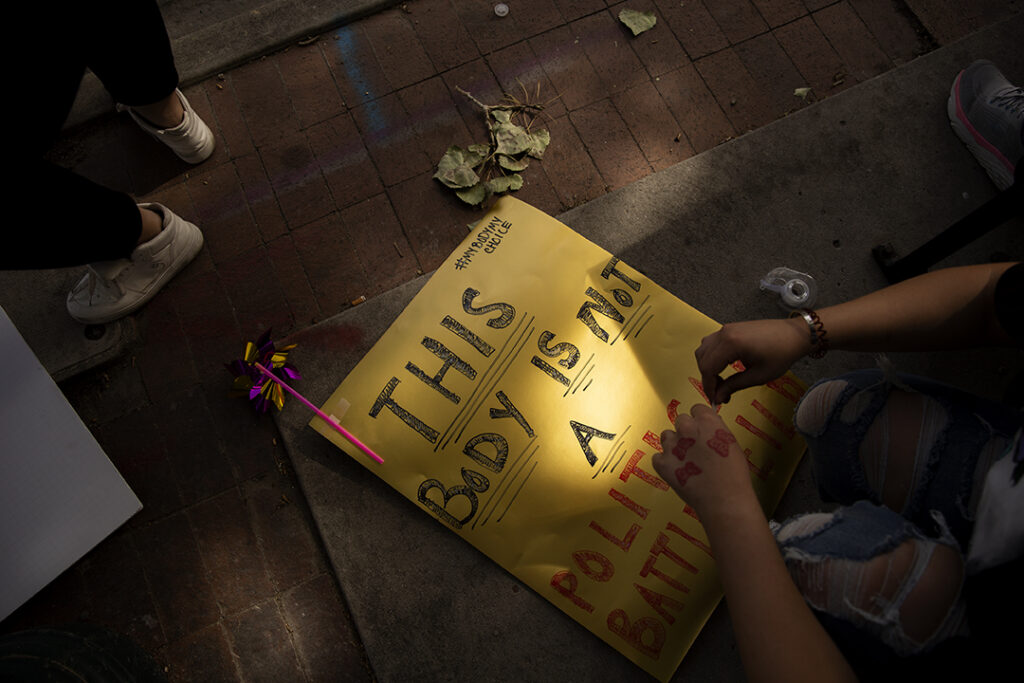 The matter is still moving through the courts, and the injunction will likely remain in effect until the final merits of the case are resolved.

The issue has sparked rallies, protests and dialogue on both sides of the divisive issue about access to abortion and the rights Wyoming’s Constitution does, and doesn’t grant.

Wyoming’s Republican Party strengthened its supermajority in the 2022 elections, picking up seats in the legislature and retaining all five statewide elected offices as well as the state’s entire congressional delegation. The party now holds 92% of the statehouse, with 86 senators and representatives to the Democrat’s seven. Only two of the state’s 23 counties — Albany and Teton — have any Democratic representation in the Wyoming Legislature.

Within the GOP, the once far-right fringe is also gathering strength, evidenced by the meteoric rise of individuals like Chip Neiman as well as Chuck Gray’s secretary of state win over establishment Republican State Sen. Tara Nethercott. A divide between the old-school branch of the Wyoming GOP that’s traditionally held power in the Legislature and an up-and-coming far-right faction widened with intraparty fighting, heated primary elections and what some argue is an agenda to push dissenters out. 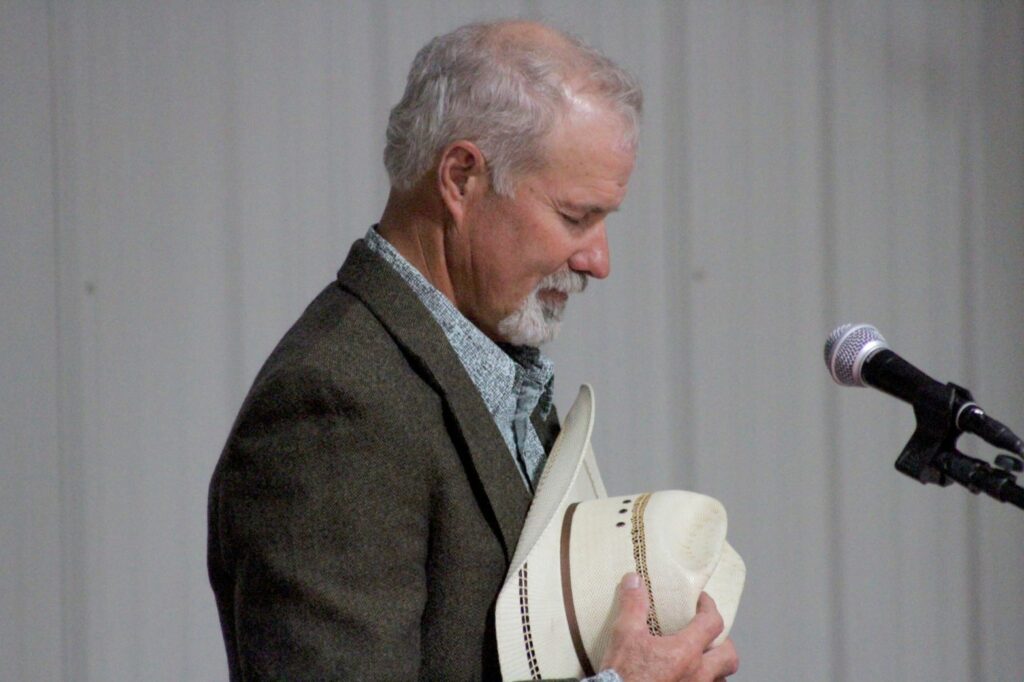 The latter fact is closely aligned with Wyoming Republican Party Chairman Frank Eathorne, a rancher who over years of quiet work and Trump affiliation solidified his control of the GOP’s conservative agenda.

The challenges of Wyoming’s energy transitions continued to present themselves in 2022 as a plan to build a nuclear facility in Kemmererhit snags and wind-energy development faced bird-kill and other challenges. The state, meanwhile, pursued a deal with PacifiCorp to avoid a partial shutdown of the Jim Bridger power plant amid worries about polluting haze.

This article was originally published by WyoFile and is republished here with permission. WyoFile is an independent nonprofit news organization focused on Wyoming people, places and policy.