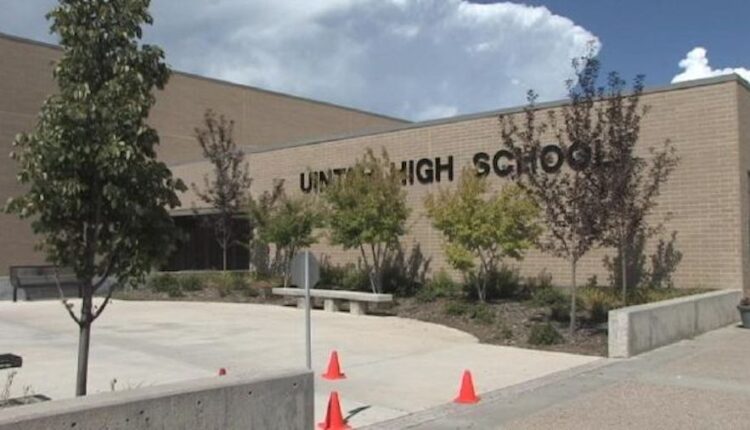 VERNAL, Utah — A student-athlete at Uintah High School suffered minor injuries Friday after she was involved in a rollover crash with some of her teammates in Colorado.

According to Rick Woodford, superintendent of Uintah Schools, the girls basketball team was headed to a tournament in Craig, Colorado, when the crash occurred.

“The team was traveling in two SUVs near Maybell, Colorado, when they encountered a slow-moving tractor-trailer truck with its flashers activated,” Woodford said.

Two cars, including the first team SUV, were able to pass the truck without any issues. But as the driver of the second team SUV tried to pass, the truck began to turn left onto a side road, according to Woodford.

“The UHS staff member tried to avoid a collision with the truck and ended up going off the road,” he said. “The SUV hit an embankment, briefly went airborne, landed on its roof, and slid to a stop.”

The driver and six student-athletes inside the SUV were all wearing seat belts, according to Woodford.

One athlete was treated for a cut to the head before she was released to her parents.

“This was an unfortunate accident that could have been much worse,” Woodford said. “We’re very grateful no one was seriously hurt.”