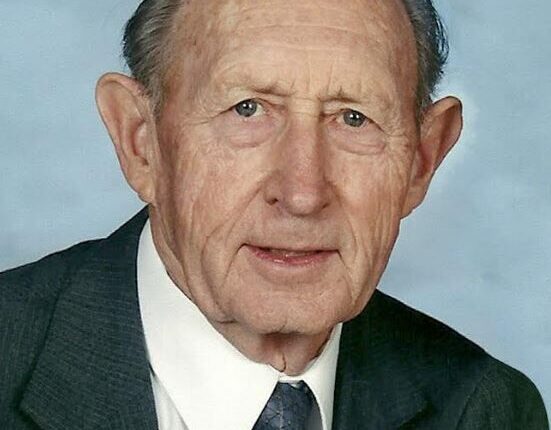 Beloved husband, father, grandfather, and great-grandfather Albert Paul Croft died at his daughter’s home on June 6, 2021 in Kamas, Utah, aged 93. Paul was born on November 23, 1927 in Murray, Utah to Claude Fisher and Florence Cullimore Croft, the second of seven children. He grew up in Murray, Lindon and Pleasant Grove, Utah and graduated from Pleasant Grove High School in 1945.

Paul served on an LDS mission in California and Arizona. He was also a veteran of the Korean War and served in the Korean Army as a member of an engineering company. He graduated from Brigham Young University.

On August 20, 1954, he married Ruth Eileen Gibson in the Salt Lake Temple of Latter-day Saints Church of Jesus Christ. They had two children.

Paul was a lifelong teacher. He has taught public schools in Vernal, Utah and schools in Weber County. Primarily he taught science in junior high school, but occasionally taught other subjects. He was a lifetime member of the National Education Association, a member of the Weber Education Association and was active in other professional associations. He also served as an officer for the National Science Teacher Association in Utah. Even after leaving public school, he taught in churches and other institutions. He taught young students who needed help in their studies. After retiring from teaching, he embarked on a second career in real estate management, running large commercial and industrial locations in northern Utah for a California company.

After a short time in Vernal, Paul and Ruth settled in Roy, Utah, in 1957 and lived there for over 63 years. Their children grew up in Roy and both of them were actively involved in the growth of this city during those years. When they moved to Roy, they lived on a quiet country lane near vacant sand and sagebrush. The city grew around them until they finally lived on a busy street with many houses and the large campus of Roy High School.

Paul was an active member of The Church of Jesus Christ of Latter-day Saints. He held numerous leadership positions in the Church, particularly during his time in Roy. He served in dioceses and spent many years as a member of the high council. He was a lifelong scouter who earned his Eagle Award as a teenager. He was a Badge of Merit advisor for over 50 years and has helped numerous young men. He served in district and council positions in boy scouting and received Silver Beaver recognition.

Paul was a diligent student of the gospel of Jesus Christ all his life. At the time of his death, he left behind more than 100 manuscripts documenting his studies over the years. In retirement, he served a multi-year service mission in the Church and was part of the team that updated the Bible footnotes before a new edition was published.

Paul was a kind and generous man who loved his family, friends, and neighbors, and believed in the importance of service. His service to others will long be remembered by those who have received his generosity and love.