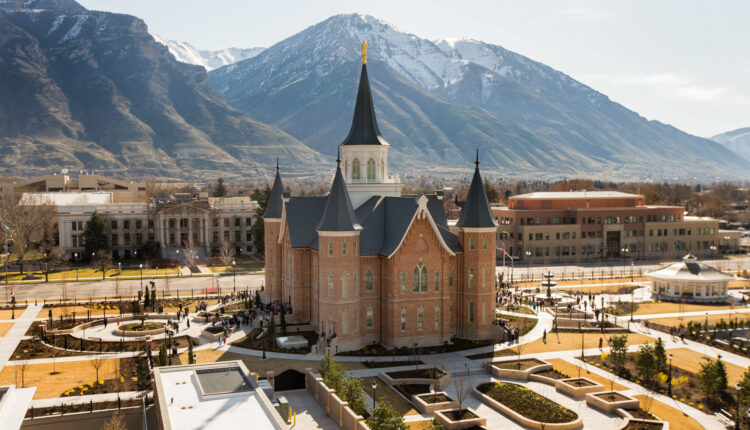 SALT LAKE CITY – All active and open temples of The Church of Jesus Christ of Latter-day Saints in Utah will enter the 2-B phase of the Church’s reopening by the end of the month.

All of the more than 200 Latter-day Saint temples closed in March 2020 due to the coronavirus pandemic. They began in early May 2020 with a four-part, gradual reopening.

The gradual reopening of the Utah temples continues

As part of the second phase of opening, the Church teaches that a temple “can perform all of the temple ordinances for living persons, priority being given to those who are sealed. The next priority will be talent for field missionaries (who left their homes before they received their endowment), followed by those leaving for missionary service in the near future. These priorities are addressed based on the capacity and planning ability of each temple. “

Phase 2-B adds that small groups of members in temple baptisms can be opened to perform vicarious ordinances for their ancestors.

“We look forward to this phase and each phase of the temple reopening with great anticipation,” said Elder Bednar, a member of the Quorum of the Twelve Apostles of the Church. “We also want to ensure that we continue to open temples carefully and responsibly. Because of this, temple openings in some areas may continue to lag behind the opening of public or community facilities. “

Church leaders said they await a large number of reservations and calls. They urged patience as the temples worked to plan groups and meet demand.

In an announcement on Monday, the Church announced that all operating temples in Utah will enter Phase 2-B by the end of the month. Eight of them will begin this operation on Monday and the rest will follow on April 26th.

Last week, during the global general conference of the Faith, Church President and Prophet Russell M. Nelson announced 20 new temple locations worldwide. This brings the total number of announced temples under construction or in operation to 251.

“Each temple is considered the ‘house of the Lord’ where the teachings of Jesus Christ are reaffirmed through baptism and other ordinances that unite families for eternity,” the Church explains on its website. “In the temple, Church members learn about the meaning of life and make covenants to follow Jesus Christ and serve others.”

The 25 temples currently announced, under construction, or operating in Utah include:

Bonneville International Corporation, the company owned by KSL NewsRadio, is a subsidiary of Deseret Management Corporation, owned by The Church of Jesus Christ of Latter-day Saints.

When Mark Pope returns to UVU, why BYU is enjoying its success and at the same time feeling the urgency