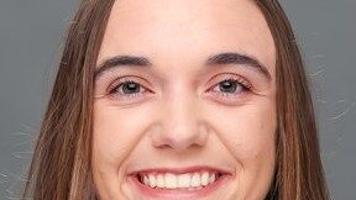 Allie Skaggs homered twice — including a fourth-inning grand slam — and the No. 24-ranked UA softball team held off Utah 6-5 on Sunday in Salt Lake City.

Utah (22-22, 5-10) had four hits in the seventh to cut the lead to one, but Devyn Netz got Jordyn Gasper to ground out to end the game and give UA the series after losing the opener.

Netz (13-5) started the game, and after being relived by Madi Elish, came back with two outs in the seventh. She allowed a single before retiring the final Utah batter.

Izzy Pacho had three hits for UA, while Skaggs and Hannah Martinez each had two. Skaggs is now tied with fellow sophomore Carlie Scupin for the team lead with 16 homers.

The Wildcats are 6-4 in conference play since starting the season 0-8.

After struggling in the opener, resilient Eagles bounce back in game two as a team out-hits Belmont