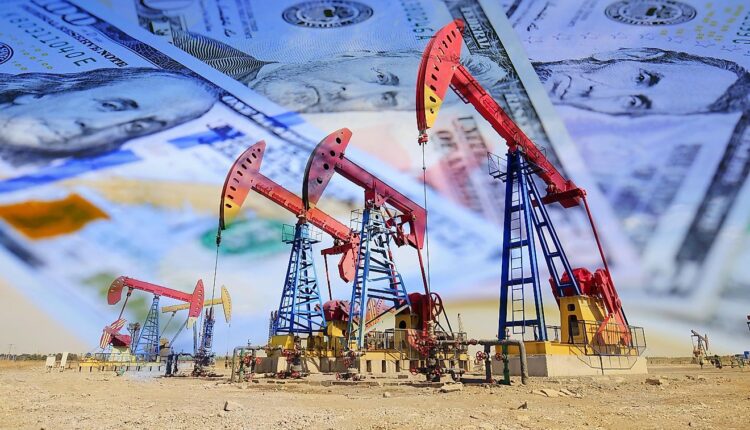 Crude oil is an essential mineral used to manufacture various products necessary for industry, housing, heating, and food preparation. The United States is one of the largest crude oil producers in the world, and 32 States from sea to sea are known as rich centers of oil production. From Texas to California and Alaska, the top oil-producing states of America (ranked by barrels of crude oil produced in 2021) each contribute to this critical and profitable component of the economy.

The “Lone Star State” is by far the biggest producer of crude oil in all of the continental United States, producing around 1.74 billion barrels in 2021! Indeed within Texas, 31 petroleum refineries are found, with nearly 6 million barrels produced daily. This accounts for an incredible 43% of all domestic American crude oil production and has a distinct oil business culture that has shaped much of its modern history.

With a production of 457 million barrels, New Mexico is the second largest oil producer in the United States. Nearly 38 million barrels were produced per month, accounting for just under 9% of the country’s total domestic output. New Mexico’s oil production is relatively new, with the first well drilled only in 1924. Since then, its drilling and refinement have contributed significantly to the State’s economic growth and serve as its largest industry.

North Dakota is America’s third-largest crude oil producer, averaging 405 million barrels in 2021 which breaks down to around 33 million barrels a month and accounts for just under 11% of the total US domestic oil production. Yet North Dakota is one of the fastest-growing oil-producing States, and innovations in drilling have made extraction more efficient. Among the methods used include hydraulic fracturing and horizontal drilling, with the State also serving as an important entry point for various pipelines from Canada.

Known for its abundant natural gas and oil supplies, the “Last Frontier” State is America’s fourth largest oil producer. Alaska produced 159 million barrels, or roughly 13.3 million barrels each month. With a peak of some 2 million barrels a day in the late 1980s, Alaska’s oil production has gradually declined. Still, the oil industry remains very important to the State’s local economy, and Alaska is the only State not to have a personal income or State Sales Tax.

Oil well drilling on the Front Range of Colorado at Johnstown, Colorado.

Colorado had an oil production output of around 153 million barrels in 2021 or 12.75 million per month. Curiously 90% of all of Colorado’s oil originates in Weld County. With an increase in the sophistication of oil drilling techniques (including horizontal drilling and hydraulic fracturing), Colorado has seen a steady rise in its crude oil production. The source of much of Colorado’s oil is the Niobrara Shale Formation in the northeastern portion of the State.

A major center of natural gas and oil production, the “Sooner State” ranks sixth for most oil, accounting for around 4% of the total US domestic production. With an average of 11.9 million barrels per month, and some 143 million barrels in 2021, Oklahoma’s oil industry began even before it achieved official statehood in 1907. As the home of the famous Getty Oil Company, Oklahoma has a long history of oil refinement and is one of the major exporters of petroleum to other American States.

The “Golden State” produced around 367,123 barrels of oil per day or 134 million barrels in 2021, which makes it one of the most important industries of its local economy. Indeed in 2012, crude oil production and refinement accounted for some 8.3% of the total US-produced oil.

An oil field in Wyoming with antelope roaming nearby. Editorial credit: Cavan-Images / Shutterstock.com

Some 85 million barrels of oil were produced in Wyoming, ranking it eighth overall in national production. Since oil’s discovery in the 1880s, Wyoming’s economy has been strongly influenced by its crude oil extraction and refinement. Today with the advancement in drilling techniques, some 92% of all Wyoming oil is from horizontal wells.

Oil Rig in the Utah Desert.

Utah ranks as the 9th highest crude oil producing state in the country. The Uinta Basin in the Uintah county, Paradox Basin in San Juan country, and the Duchesne county are the major producers of oil in the state. Utah produced around 35 million barrels of oil in 2021.

The southern State of Louisiana produced around 34.71 million barrels of oil in 2021, or 95,120 barrels daily. With a current slate of 65 operational rigs, the “Pelican State” has seen a gradual increase in oil production over the last few decades. With its current output, Louisiana has steadily held its place in the top ten oil-producing States in America.

Of the 50 American States, 32 (or 64%) are oil producers, which makes America one of the largest single crude oil producers in the entire world. An essential component of the American economy, the drilling and refinement of oil serve as a necessary part of modern living. From giants like Texas to mid-size producers like Wyoming, these top ten oil-producing States are all significant for their overall contribution to America’s oil wealth.