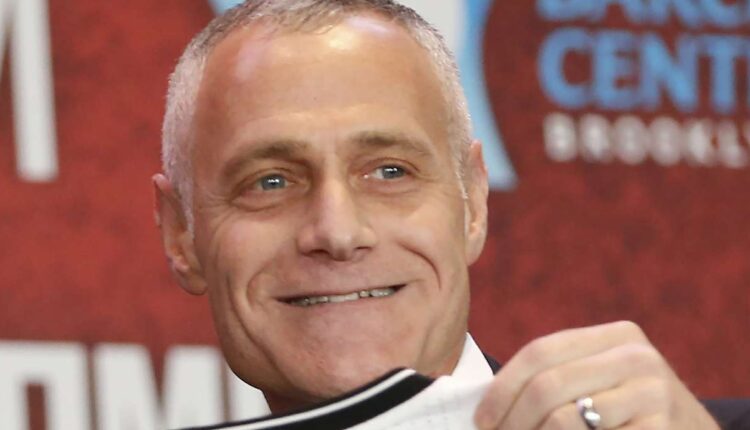 Big 12 state of mind: Brett Yormark named next commissioner of conference in transition

PROVO — The new commissioner of the Big 12 Conference is coming to Irving, Texas, with an Empire State of Mind.

Brett Yormark was named the fifth commissioner of the conference Wednesday morning, as announced by these league’s board of directors, succeeding Bob Bowlsby. The former COO of Roc Nation is expected to start Aug. 1 under an initial five-year contract, with Bowlsby transitioning to an interim role with the conference prior to his retirement.

Yormark has been the chief operating officer and co-CEO of Roc Nation Unified, the commercial arm of Jay-Z’s multi-billion dollar business, since 2019. A graduate of Indiana University, Yormak, 55, previously served as CEO of the Brooklyn Nets and Barclays Center, where he oversaw the Nets’ move from New Jersey to the Five Burrows and helped bring conference tournaments like the ACC and Atlantic 10 to the Barclays Center during this tenure.

Yormark is the third hire to lead the Power Five conferences in the past three years, with all three coming from unconventional (read: non-NCAA) destinations.

“Thank you to the Big 12 Board, the ADs, the student-athletes, the whole Conference for giving me a chance to support what they all do,” Yormark said. “I’m here to listen, learn, find ways to add value, add resources and try to help shine a light on the importance of college athletics. I look forward to leveraging my experience and network alongside our presidents, chancellors and athletic directors to shape the future of the Big 12 brand and emphasize our collective strengths.”

In his new role, Yormark oversees a Big 12 in transition, with the forthcoming departures from Texas and Oklahoma to the Southeastern Conference by 2025 and the additions of BYU, Cincinnati, Houston and UCF in 2023. The conference is expected to go to the open market on a new television and media rights deal, thought what that looks like is anybody’s guess.

He also comes highly recommended by none other than Adam Silver, the current commissioner of the NBA, as he takes over what will arguably become the best basketball conference in the United States.

“Brett is one of the most skilled and knowledgeable executives in sports and entertainment,” Silver said. “His decades of operational experience, relentless work ethic and strong industry relationships will be of enormous value to the Big 12, its schools and fans.”

Prior to his time with the Nets, Yormark spent time as vice president of corporate sponsorships for NASCAR, where he oversaw a then-record $750 million partnership agreement with Nextel that gave the naming rights to the series’ premier circuit.

A three-time recipient of Sports Business Journal’s “Forty Under 40” distinction, Yormark has been highly regarded for his role with the Nets and the Barclays Center since working in the ticket office in 1988 to ultimately reach the pinnacle of the organization 30 years later .

He and his wife, Elaina Scott, are the parents of two children.

In his role with each stop, Yormark bolstered alliances with the television networks and other rights-holding entities, which will become a necessity within his first days on the job. The Big 12’s media rights with ESPN and FOX expire in 2025, and the conference is expected to begin negotiating a new deal in 2023.

“On behalf of FOX Sports, we’d like to officially congratulate Brett Yormark on being named the new Commissioner of the Big 12,” said Eric Shanks, CEO and Executive Producer of FOX Sports in a statement. “Brett is a talented and innovative executive who brings a remarkably unique perspective to the position. Under his leadership and vision, the conference is set up for success, and we look forward to continuing to build on our relationship as a premier partner of the Big 12.”