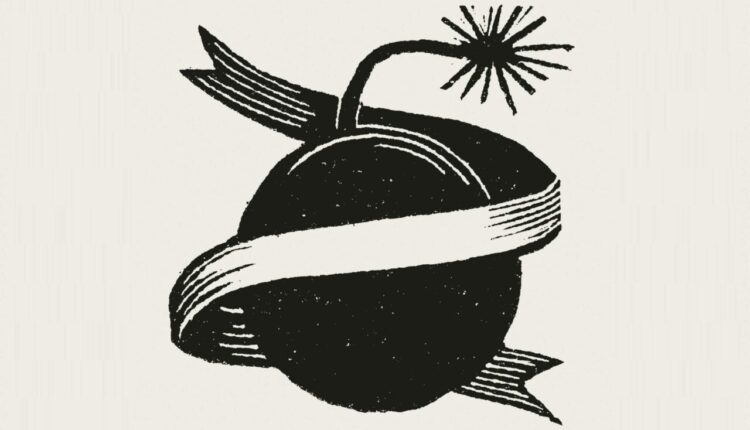 Warmer weather comes to mind with the melodic voice of lead singer Tom Ogden which glides through Ribbon Around the Bomb’s hit songs “The Writer” and “Care For”. With their fourth studio album, the “Charlemagne” artists strike soft anthems of the heart and head. Whether it’s the bouncing rhythm of “Edith Machinist” or the classic indie sound of “Ode to NYC”, Blossoms encapsulate simplicity while maintaining their aura of whimsical fun and glossy appearance. In the six years since the Greater Manchester group glided to the highest echelons of the UK’s music charts, the indie band have taken a new direction.

During their second chart-topping album, Foolish Loving Spaces, Tom Ogden and crew experimented with piano and orchestral sounds on songs such as “The Keeper”, after perfecting their trademark shimmering synths from their highly praised debut album: Blossoms. They took this instrumental experiment and expanded it further by bringing violin slides (“Care For”) and acoustic guitar strums (“Everything About You”). All these effects give the album a feel of soft love on old vintage streets, hiding amongst the skyscrapers and bypassed by big wigs. Ribbon Around the Bomb is the antithesis of living a luxurious high life. It’s living a life shared with close friends and intimate lovers, bonding over simple memories in overlooked spaces.

Ogden and fellow bandmates Charlie Salt, Josh Dewhurst, Joe Donavan, and Myles Kellock spread this companionship through the intricacy of the music, each member equally represented in the album. This mood carries through with the bouncy “Edith Machinist”, inspired by a boutique vintage clothes store of the same name tucked into New York’s Rivington Street. “The street fairs, Times Square’s a kaleidoscope of color / The skyline’s my valentine, feel like a first-time lover,” Ogden reminisces in “Ode to NYC”, their most lyrically picturesque song on the album.

Throughout Ribbon Around the Bomb, the Stockport band gives listeners an imaginative experience for when they go on their own daily adventures, for when life brings springtime energy that thaws Winter’s chill on our well-being. Aided by the impeccable production of The Coral frontman and Skeleton Key Records co-founder James Skelly, Ogden’s exquisitely mellow but not altogether melancholy delivery into anthems for the coming-of-age youths and the hopeful romantics and those who like the simplicity of exploring the little boutique stores of their local communities.

The sense of adventure shines through in the tone change of Ribbon Around the Bomb. Blossoms have come a long way since creating their first EP, Bloom, in a scaffold yard and creating their first music video with a budget of just £60— during their first tour of Britain, each member were working full-time jobs. This fourth album does also deliver a sense of introspection to where the band began. “I was trying to become someone… Let’s have a toast to the sulking boy,” Ogden sings in “The Sulking Poet”.

In their closing song “Visions”, Ogden is at his introspective best. “I miss the sound the water made / Was I complete at 23,” Ogden’s voice is solemn but not desolate as he dives into his past. That’s the unique beauty Blossoms bring to this album. It is a search for what’s missing without losing the band’s best attribute: their distinct sense of hope and happiness.

Should You Worry About Data From Your Period-Tracking App Being Used Against You?