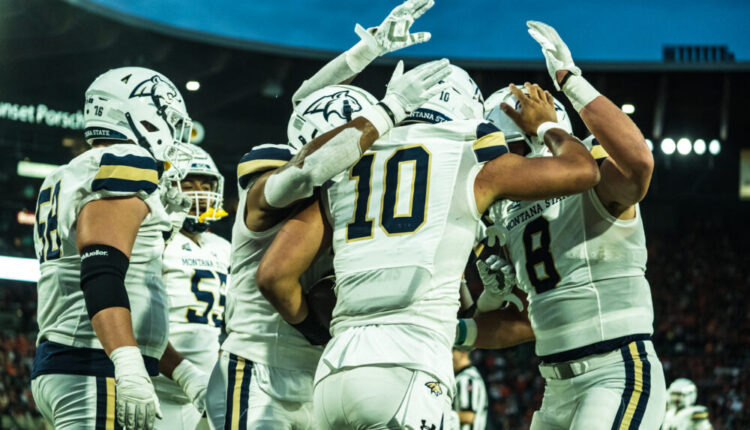 CHENEY, Washington — Montana State might’ve lost its golden boy and Saturday’s film from the Inferno will certainly levy plenty of work to be done as the calendar turns to October.

But Eastern Washington has dominated throughout the long history between the regional rivals. Before last season, Montana State had one win — a 36-21 triumph in 2011 — on EWU’s trademark, widely despised blood-red turf. And the Eagles held a 32-11 all-time series advantage.

Now Montana State football is the only program in the United States with a winning streak at the Inferno following last week’s 38-35 triumph. A conference road win is a conference road win if you ask these Bobcats, particularly against a team that has made the playoffs 12 times in the last 23 years, an EWU program that MSU head coach Brent Vigen called “one of the most consistent in the country” on multiple occasions over the last week or so.

“You go on the road in the conference and you find a way to win, that is the bottom line,” Vigen said after winning for the eighth time in nine Big Sky contests leading MSU. “That is the absolute bottom line.

“This is the type of win that you can really build off of.”

Montana State has long had talent to be a consistent playoff contender in the Division I-AA and now Football Championship Subdivision ranks. Much of what eluded MSU, particularly during Rob Ash’s largely successful nine-year tenure, was the ability to rise to the occasion against premier opponents.

While Ash did post consecutive wins in Missoula against the hated arch rival Grizzlies of Montana in 2010 and 2012 and also posted a win in Cheney in 2011, he finished his otherwise decorated tenure at MSU with a 4-14 record against MSU’s two stingiest competitors for Big Sky Conference titles.

Over the last decade, Montana State struggled to win in other Big Sky outposts, namely Ogden and Cedar City Utah along with Flagstaff, Arizona. Bobcat Stadium is one of the best venues in college football, providing a picturesque yet rough home field advantage. But it seemed like the collective mentality surrounding the program preemptively led to struggles during the toughest road trips in the Big Sky.

That has not been the case under Vigen. Montana State hardly blew out opponents in road games last year and that certainly wasn’t the case in a nip and tuck game that came down to the wire last weekend in Cheney. But Montana State has consistently found ways to win over the last two years no matter the venue, no matter the roster circumstance and no matter the opponent. 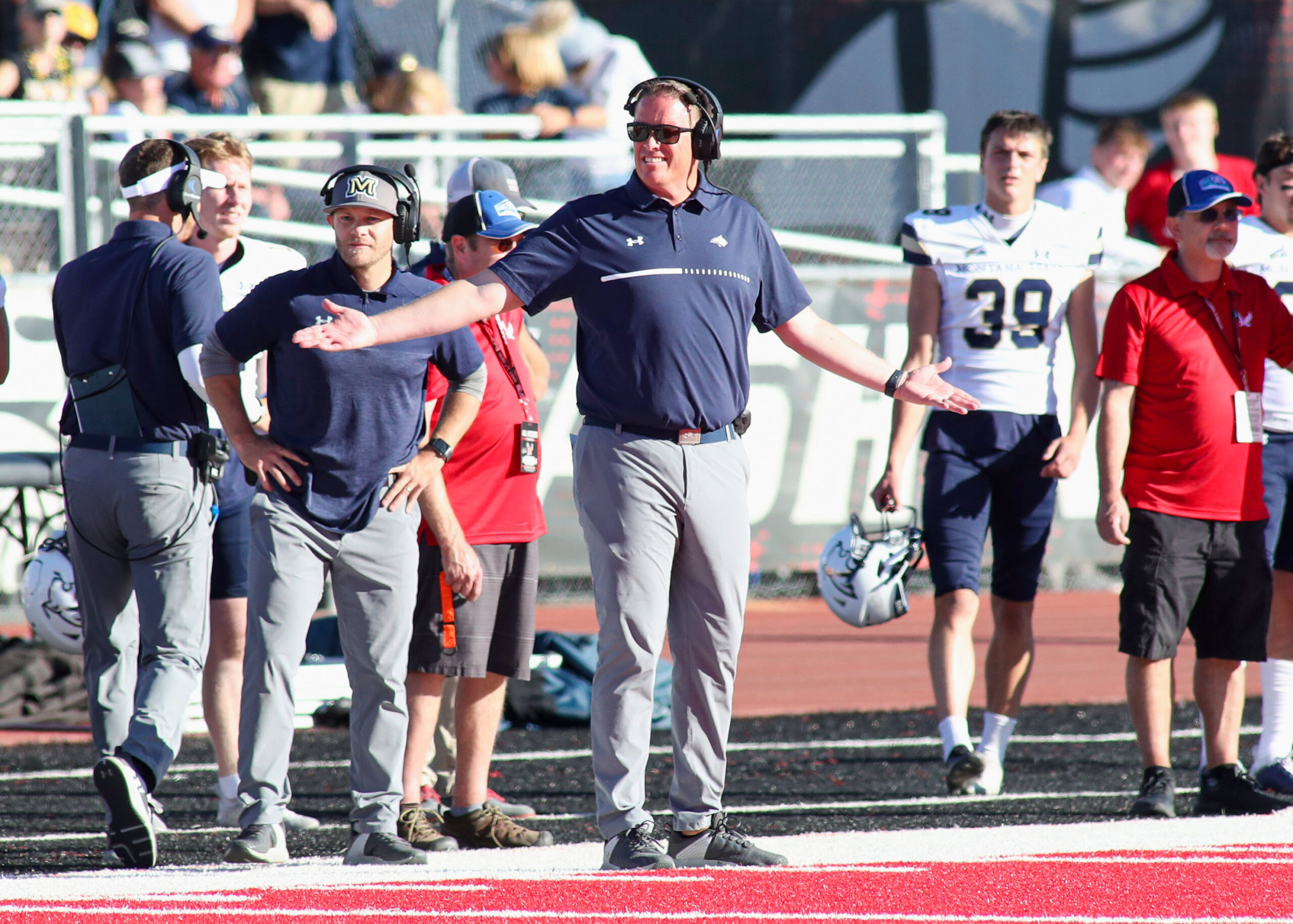 MSU needed all of Isaiah Ifanse’s 230 rushing yards and his dominant play in the fourth quarter to post a 30-17 win at Portland State in Vigen’s first conference game. That marked Montana State’s first road win under Vigen after opening the season with a narrow 19-16 loss at Wyoming, a game that could’ve swung in the Bobcats’ favor if not for a few crucial mistakes.

Those mistakes rarely happened the rest of the 2021 season. Montana State outlasted Weber State 13-7 in a good old-fashioned prizefight. That marked MSU’s first road win at Weber State since DeNarius McGhee gutted through multiple injuries to quarterback the Bobcats to victory in 2013.

Last year in Cheney, Montana State put the clamps down on Eric Barriere, Talolo Limu-Jones and an EWU offense that came into the game leading the country in scoring and total offense. Instead, Ifanse’s 230 rushing yards and a ridiculous defensive effort spearheaded by Troy Andersen erasing Limu-Jones helped MSU post a 23-20 win on the Red, Montana State’s first in Cheney since Jason Cunningham drilled five field goals in a 36-21 win over the defending national champions 10 years earlier.

“Eastern Washington is a great program, they’ve won a lot of games and sent a lot of guys to the NFL that are very successful,” MSU senior captain fullback RJ Fitzgerald said. “Their head coach is very good and the program is very strong. It’s tough to win anywhere in the Big Sky Conference, but especially here.”

The confidence from those road wins a year ago plus Montana State’s resounding 42-19 win at No. 1 Sam Houston State (the first road FCS playoff win in program history) helped MSU make a run to the national title game for the first time in 37 years.

Even though Andersen, Daniel Hardy, Lewis Kidd and Lance McCutcheon are now playing in the NFL, plenty of seasoned Bobcats remain from last year’s roster. And they are making sure their younger teammates maintain the level of expectation as the Bobcats dive into the meat of the conference schedule in Vigen’s second season.

“Make no doubt about it that we made it very clear to the younger guys on this team that we might have won here last year but that hasn’t been the case here for a long time. We made it priority and now the tide is turning.”

The win at the Inferno was made even more impressive because Tommy Mellott, MSU’s much-hyped quarterback, was knocked out of the game in the first quarter.

The dual threat showed his power and vision, turning 28 carries into 160 yards. His 13-yard touchdown two plays after Callahan O’Reilly and Sebastian Valdez punched out a Micah Smith fumble helped erase the memory of Chambers’ red-zone interception thrown just moments before. That swing proved to be the game-winning momentum shift as the Bobcats moved to 1-0 in league play.

“You might just want to call Chambers Mike Alstott or something like that,” said Fitzgerald, referring to the legendary fullback for the Tampa Bay Buccaneers in the late 1990s and early 2000s. “Sean is hard to bring down. He’s played a lot of football so it’s wonderful to have a guy like that who can step in and do whatever is asked of him.” 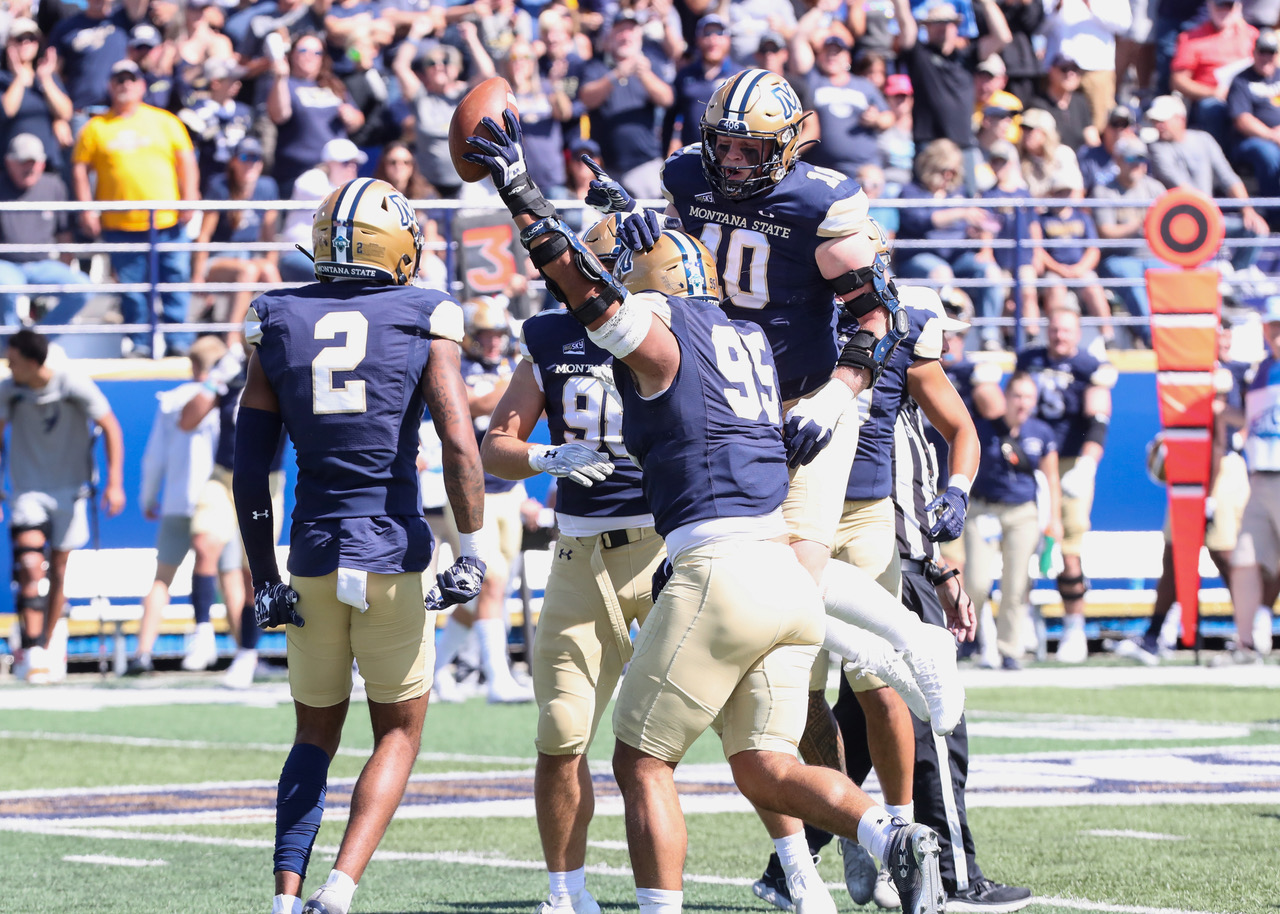 Vigen is now 15-4 leading Montana State. A win in Missoula will elude him until at least next year when the Bobcats return to the bellows of Washington-Grizzly Stadium in hopes of vanquishing the nightmares of last season’s 29-10 loss to the Griz.

Otherwise, you don’t have to look far in the MSU record book for “the last Bobcat win in” when it comes to some of the toughest places to play in the Big Sky Conference.

“We talked about how we are still writing the story of this team and we still have a long ways to go but today will be a chapter you look back and ultimately enjoy,” Vigen said.

The next chapter will be written in Bozeman against UC Davis on Saturday night on ESPNU. Kickoff is scheduled for 8:15pm MST.

Utah offers “free college for all” to juveniles behind bars