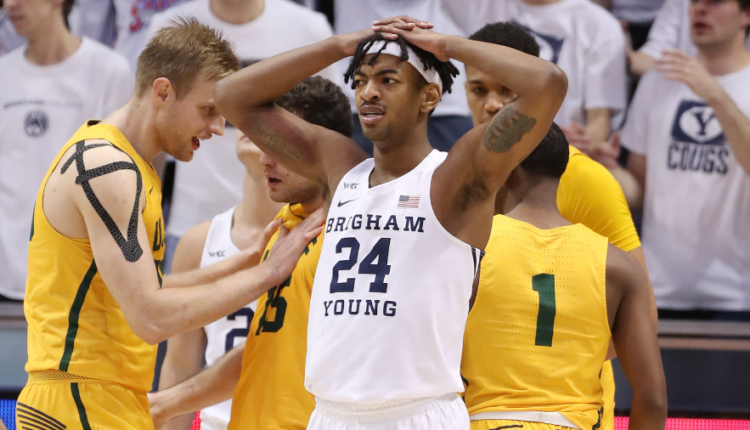 A 6-foot-6, 224-pound forward from New Orleans, Louisiana, Knight was part of the BYU basketball program for one season. He appeared in 26 games and started in eight.

The former San Jose State and LSU player has one year of college eligibility. He was not listed in the 108 BYU student-athletes that graduated last week. So for Knight to play immediately next season, he will need a waiver from the NCAA. He still has a red shirt to use if he needs to sit out.

Knight is now the sixth BYU basketball player to enter the Transfer Portal. The other five include Caleb Lohner, who ended up at Baylor, Gavin Baxter to Utah, walk-on Jeremy DowDell, and guards Hunter Erickson and Nate Hansen.

BYU also saw Gideon George enter the transfer portal, but he withdrew his name and is expected to return next season once he goes through the NBA draft process.

A former All-MWC performer at San Jose State, Knight struggled in BYU’s rotation. Knight was often being forced to play out of position due to BYU’s wave of injuries in the frontcourt.

Knight had nine games this past season where he scored more than 10 points for BYU.

After going on a four-game losing streak, Knight got BYU out of the losing rut with a win at Loyola Marymount, where he delivered the game-winning basket. That was in a stretch of games where Knight was in BYU’s starting lineup.

His season came to a close after suffering an ankle injury during a loss at Saint Mary’s while also dealing with a thumb injury. Knight didn’t play in the final seven games of the season.

The entry into the Transfer Portal for Knight comes ten days after he tweeted a comment that indicated he was ready to stay at BYU.

“I’m all in with my brothers, coaches, & Cougar Nation [emoji]. Let’s get to work [emoji],” Knight wrote.