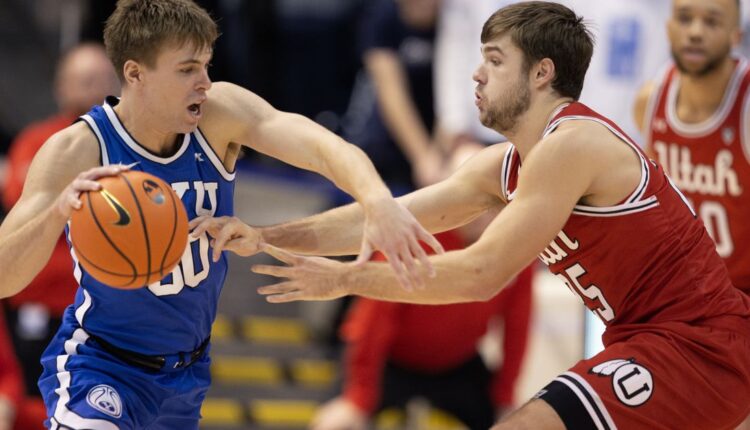 BYU came in as an underdog on his home floor but led nearly the whole way in a 75-66 win over Utah in the Marriott Center Saturday evening.

Rudi Williams had another huge game off the bench with 26 points to pace all BYU scorers. Utah had no answer for the 5th-year senior, who scored from all areas of the court and came up with buckets at opportune times. Fousseyni Traore was questionable coming into the game after missing Western Oregon Thursday with a foot issue, but the big man had 17 points and 8 rebounds — including BYU’s first 10 points of the game — to pace BYU’s frontcourt.

BYU’s defense played well all night, forcing Utah into 41% shooting and 20% from three. Utah’s star center Branden Carlson led Utah with 18 points, but BYU held the perimeter players in check for the game.

BYU’s had an up-and-down year, but wins over Creighton and now Utah show that the Cougars may be turning a corner. Utah came into the game in the top 20 in NET and a 15-point win over a top 10 Arizona team, but BYU controlled from start to finish. BYU moves to 8-5 on the season and finishes non-conference play next week at home versus Lindenwood and Weber State.