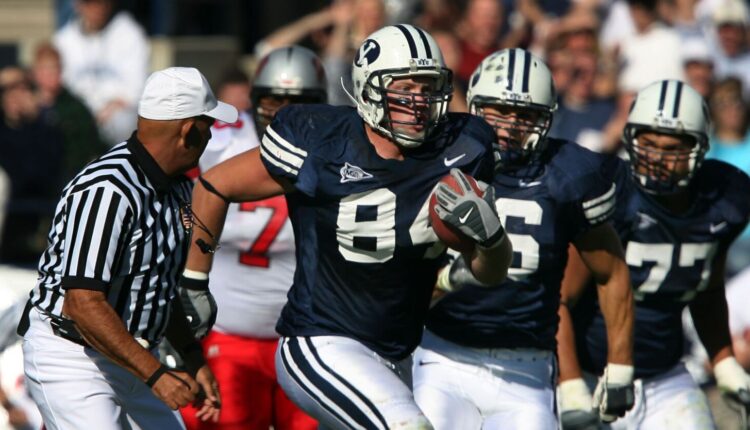 Some familiar faces are returning to BYU to join football coach Kalani Sitake’s support staff, including one of the best defensive players in school history.

Sitake announced on Friday that four-year starting defensive lineman Jan Jorgensen, who finished his eligibility in 2009 as the Mountain West Conference’s all-time leader in sacks (28.5), has been hired as a defensive analyst. Jorgensen coached the last three seasons at Snow College in Ephraim.

Also Friday, Sitake announced that Patrick Hickman has been hired as director of football recruiting. Hickman was on former BYU coach Bronco Mendenhall’s staff in Provo for 10 years, then followed Mendenhall to Virginia in 2016 and was the Cavaliers’ director of player development (2016-17) and their director of scouting (2018-21) before Mendenhall resigned last winter.

“I’m excited to welcome Patrick (Hickman) back to BYU. He brings 20 years of experience working on college football staffs at three different schools, including a decade here in Provo under Bronco (Mendenhall). Jan (Jorgensen) obviously was a Cougar great on the field and has excelled in his career as a coach.” — BYU football coach Kalani Sitake

“I’m excited to welcome Patrick back to BYU,” said Sitake. “He brings 20 years of experience working on college football staffs at three different schools, including a decade here in Provo under Bronco (Mendenhall). Jan, obviously, was a Cougar great on the field and has excelled in his career as a coach. Like Patrick, he will be a great addition for us, as will Christiana and Anna. I’m grateful for the talents they each bring to our program.”

Hickman graduated from Boise State with a bachelor’s degree in health promotion in 2001, and earned a master’s degree in athletic administration from Idaho State in 2005.

Jorgensen was a star defensive lineman from 2005-09 and later served as a graduate assistant for the Cougars for three seasons from 2015-17. He was the defensive coordinator and linebackers coach at Snow College the past three years. Jorgensen has also been the defensive coordinator at Orange Coast College in California and spent one year as the head coach at Carbon High School in Price.

Jorgensen, from Helper, earned a bachelor’s degree in social science teaching from BYU in 2009 and an MPA from the BYU Marriott School of Business in 2017.

Roberts graduated from BYU with a degree in geographic information systems. She has worked as an administrative assistant to BYU deputy athletics director Brian Santiago since 2016. Lamb graduated in April from BYU with a bachelor’s degree in English. She has been promoted after serving for four years as a student office assistant for the football program.