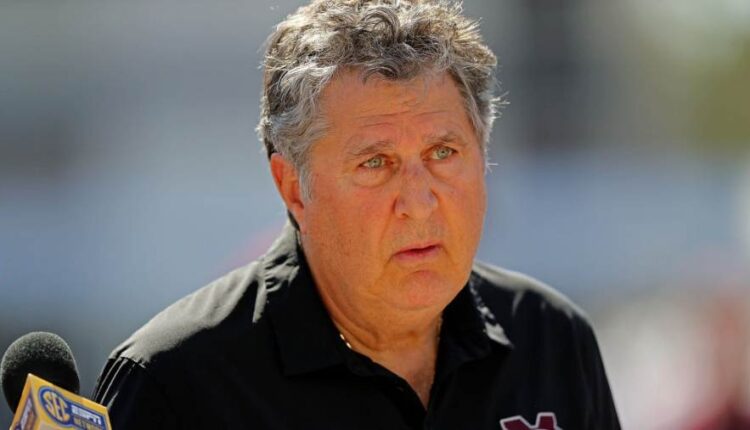 “Mike’s family is with him and appreciates the overwhelming expressions of love and support for the coach, but also requests that their family’s privacy be respected at this time,” Mississippi State said in a statement on Monday.

Our love and prayers are with the Leach family and @HailStateFB 💙

We love you Coach Leach! https://t.co/V4wBAMPG6I

Since news emerged of Leach’s condition, the college football world has expressed its prayers to the known coach for high-flying Air Raid offenses.

The BYU football community also extended those prayers. The official BYU football Twitter account wrote, “Our love and prayers are with the Leach family and @HailStateFB.”

Leach earned his bachelor’s degree at BYU in 1983. However, he never was part of BYU’s football program. Instead, he was an athlete for BYU’s rugby team during his years as a student in Provo. Then after earning his law degree at Pepperdine, Leach began getting into football coaching.

He studied offenses under the direction of LaVell Edwards and met the creator of the Air Raid, Hal Mumme, through visits to BYU’s campus during his young coaching career.

Now a two-decade veteran as an FBS head coach, Leach has become one of the great offensive minds in college football history during his stops at Texas Tech, Washington State, and now in Stark Vegas with the Bulldogs of Mississippi State.

“Mike is a BYU Alum and friend of ours for many years. His daughter and son both worked in our athletic department while BYU students and were incredible young people. We love the Leach’s. You have our constant prayers and concerns,” tweeted Holmoe.

Mike is a BYU Alum and friend of ours for many years. His daughter and son both worked in our athletic department while BYU students and were incredible young people. We love the Leach’s. You have our constant prayers and concerns.❤️🙏🏼 https://t.co/NUMUTze7dJ

College football coaches around the country have expressed their thoughts for Mike Leach and his family. Especially from Leach’s colleagues in the SEC, including Alabama head coach Nick Saban.

Please keep Mike Leach in your prayers tonight. We are thinking about Mike, his wife Sharon, and all of his family, friends and players

Praying for Coach Leach and his family

Please keep Coach and his family in your prayers

My thoughts are with my mentor, my colleague and, more importantly, my friend, Mike Leach. While I am devastated by today’s news, I know Mike is a fighter with an incredible spirit and I know he will continue to battle. Prayers to Sharon and their extended family. 🙏🏼

Ogden man dies after his truck crashes into tractor-trailer