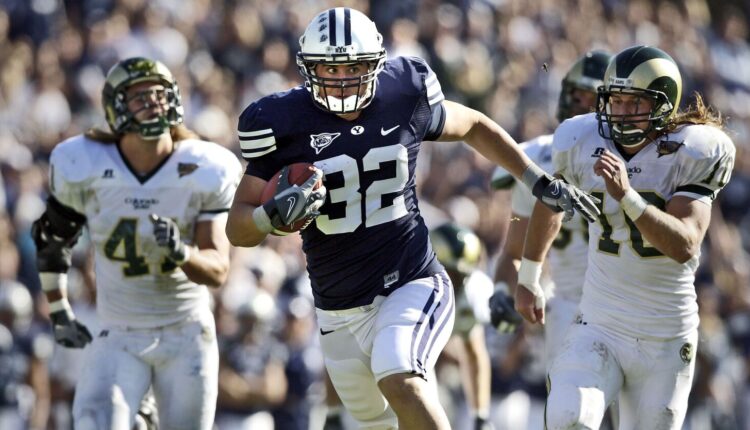 In his typical self-deprecating fashion, Dennis Pitta wonders what the fuss is all about.

The former BYU All-America tight end and AFC North Comeback Player of the Year for the NFL’s Baltimore Ravens in 2016 jokes that it took him nearly 20 years to graduate from college, so the accomplishment shouldn’t be celebrated as much as it has been .

Pitta, who retired from the NFL in 2017 after dislocating his hip for the third time in five years that summer in a noncontact voluntary practice session, was among the 108 current and former BYU student-athletes who received their degrees last month.

“No doubt I was the oldest,” he said.

Pitta turns 37 next month. He and his wife, the former Mataya Gissel, welcomed a fourth child into the family, a little girl they named Bentley Mae, a few days after he received his diploma in business management.

The Pittas — 9-year-old son Decker and identical twin girls Skylar and Blakely, who are 6, are also part of the family — live in Gilbert, Arizona, where Mataya grew up. Pitta works for the Ravens’ radio broadcast team and helps coach the American Leadership Academy, Queen Creek prep football team with former Cougars quarterbacks Max Hall and Ty Detmer, who is the head coach.

Dennis and Mataya Pitta pose for a picture with their children — 9-year-old son Decker, identical twin girls Skylar and Blakely and new arrival Bentley Mae — at their home in Gilbert, Arizona.

Hall and his family live in nearby Mesa. Hall and Pitta, a lethal combination during their days at BYU, remain close because Hall is married to Mataya’s sister, McKinzi.

So why did he make it a priority to return to BYU and get his degree?

Pitta says ever since he left BYU in 2009 about 10 credit hours short of graduating and was selected by the Ravens in the fourth round (114th overall) of the 2010 NFL draft he has thought often about finishing his degree. His mother, Linda, also played a factor in his quest.

“My mother was pushing me pretty hard,” he said. “She really wanted me to be a college graduate and good example for my kids, and all that, which is what I wanted as well. She was definitely a big catalyst in getting me to get it done so soon after my playing career in the NFL.”

Another impetus was the pandemic, when Pitta found himself with some extra time on his hands. He figures it took him about two years to wrap things up once he put his mind to it.

“Right as the pandemic hit and we were spending a lot of time at home, I realized I am home a lot, and I could start chipping away at it,” he said. “So that was a good opportunity for me to just plug along when there wasn’t a whole lot going on in my life, and the rest of the world, of course.”

He figures it took him almost a full year each to complete his first couple of classes, done through BYU Independent Study.

“And then I hammered out the last few because I could see the light at the end of the tunnel,” he said.

Getting back to Provo, reuniting with an old friend

Pitta said it was a “cool moment” to return to Provo from his home in Arizona and take part in the graduation ceremonies.

“I got my cap and gown and got my picture taken and all that,” he said. “I think that part of it was more for my mom, but it was definitely great to go back to BYU and get on campus again.”

He spoke to the other graduating athletes, telling them that there is no substitute for hard work as they go out into the working world.

“You can accomplish a lot of things by simply working hard,” he said, while also stressing accountability within a team.

That meeting in which he spoke to his counterparts was attended by football coach Kalani Sitake, athletic director Tom Holmoe and other athletic department administrators.

Pitta stayed with his good friend and former Cougars receiver Austin Collie when he came back for graduation, and Collie also attended the graduation. Collie received his degree a few years ago — after having left BYU a year early for the NFL. Like Pitta, Collie also had to retire from football before he wanted to because of injuries (concussions).

Pitta said the third member of the Three Amigos, as they were known at BYU in 2008 when they were leading the Cougars to an 11-2 record, Hall, is close to getting his degree as well.

“Max has just a couple classes left,” he said.

Pitta and Collie played together in 2004, went on church missions, and then were teammates in 2007 and 2008 before Collie left. Hall came along in 2006, became the starting quarterback in 2007, and teamed with Pitta in 2009 when the Cougars were No. 12 nationally in passing yards per game.

The trio ran the alumni flags out at LaVell Edwards Stadium last fall before the Utah game, a 26-17 Cougars win that snapped Utah’s nine-game winning streak in the series.

Of course, Hall was one of the stars of the alumni game that BYU held on March 31. He threw a Hail Mary pass to Bryan Kehl for the game-winning touchdown at LES. Having turned down an invitation to play, Pitta watched the game from home and wondered what might have been.

Pitta said he seriously thought about playing, but decided not to for physical reasons.

“With my hip injuries and stuff, I didn’t know if I wanted to go up there and potentially get injured again,” he said. “And I saw some of the guys that were signing up to play, and they were a bunch of the young guys who just finished playing at BYU, or were not too far removed from playing, and I thought, ‘Oh, this is going to be way too fast for me.’”

After watching how the game played out, Pitta says he may have a change of heart and decide to play if they do it again. Even though younger guys such as Aleva Hifo, Joe Sampson and Cody Hoffman shined, older guys like Chad Lewis and Kevin Feterik seemed to enjoy it as well.

“If they do it again, I may do it,” Pitta said. “I think it would be fun to participate.”

No regrets on NFL career, and other thoughts

Along with discussing his graduation, his future alumni game plans and lifelong friendship with Collie and Hall, Pitta shared his thoughts on a variety of other topics in a recent interview with the Deseret News. Here are a few of those.

“It was more of a case where I just couldn’t do it. I wasn’t going to be medically cleared any more. I think that is the toughest part of having to retire like I did, and like a lot of people are forced to. You don’t necessarily go out on your own terms. That is never what you want. You want to leave the game when you are ready to leave the game and all that.

“Unfortunately, that doesn’t happen that way for a lot of people. But yeah, I don’t regret anything I did in football. I don’t look back on my career and have any kind of frustration or anger or anything with how it shook out for me.

“I feel like I was incredibly blessed to play as long as I did and have the success that I had. I miss football, certainly when the season rolls around and you are watching games on Sundays and you see those guys out there playing. You miss it, you definitely do.

“But I appreciate being able to close that chapter of my life and move to a new chapter and be able to focus more on my kids and their athletics than my own. I wish I had been able to go out on my own terms and finish my career when I wanted to finish my career. When I reflect on my career, it is just a lot of gratitude that I feel.”

On whether his son, Decker, will play football, perhaps for BYU:

“Yeah, I get that question a lot. That would be awesome if he was on BYU’s radar at some point. He has had a handful of seasons in flag football. He plays a lot of sports. He is in basketball right now, and baseball, and also does soccer. He loves football obviously because I played and all that.

“He has had a particular interest in it because I played, and he loves it, so he is beginning me to play tackle football right now, and I am not letting him quite yet. I will probably let him in a few years. I didn’t want him to do that yet, especially since there are so many good flag leagues that they can participate in and stuff right now. At some point I will let him play tackle.

“Football did a lot for me, and gave me so many great experiences, and opened so many doors for me. If my son wants to play football and it is something he is good at, I will support him. There are inherent risks in football, obviously. There are risks in a lot of different things. But if he wants to play, I am not going to hold him back from it.”

On the state of the football program at BYU:

“I think it is hard to not be happy with where the program is at right now. I personally love Kalani. I think he has done an amazing job. As a former player, and alumni, where I think Kalani has done the best job is really incorporating former players and getting them back into the program, and making them feel welcome.

“You saw that with the alumni game. His embracing of the alumni is what all of us alumni look at and it is awesome. There hasn’t been as many coaches there in the past that have quite embraced that history as much as Kalani. And aside from that, just what they have been able to do on the field, and the product that you see out on the field on Saturdays has been tremendous the last couple of years.

On what’s the ceiling for BYU in the Big 12:

“I think it is unrealistic to think that BYU should be in the national title contention every year, or in that conversation, or any of that stuff. BYU needs to just focus on understanding what they are as a program. It is a high-level program that can win a lot of games and compete against Power Five teams. As long as they are doing that, and they are flirting with top 25 each and every year, I think you can do nothing but be an extremely happy fan at that point.” 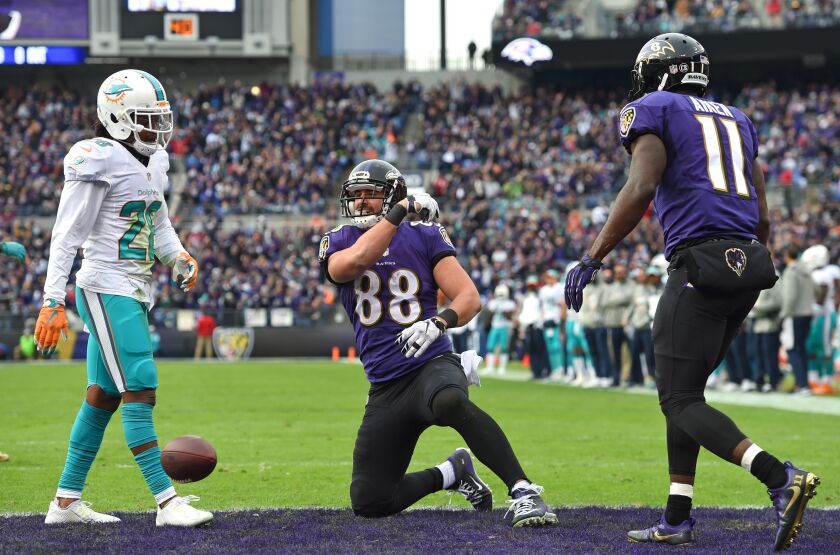