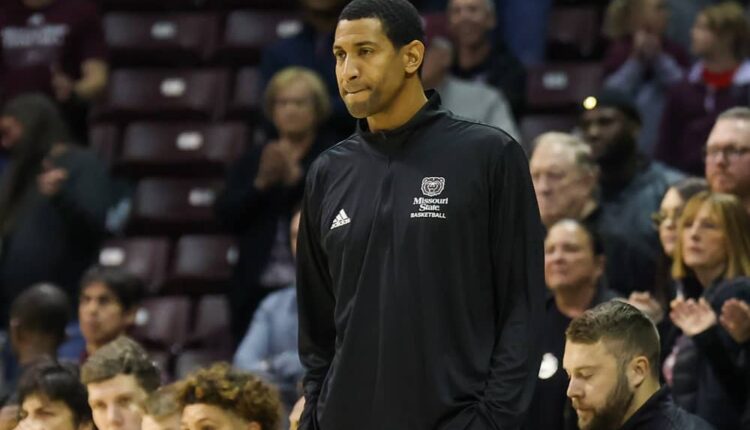 BYU hits last-second shot to sink the Bears in Provo

PROVO, Utah – A jumper off the glass from Dallin Hall with 1.5 seconds to go lifted Brigham Young to a 66-64 win over visiting Missouri State here Wednesday in a game that featured 11 ties and 14 lead changes before 12,587 fans at Marriott Center.

Noah Waterman was the leading scorer for BYU (2-1) with 15 points, all on 3-pointers, while Spencer Johnson scored 10.

Missouri State trailed by 10 points with 12:47 to go, falling behind 50-40 on Waterman’s fifth trey of the game. But the Bears then exploded for a 15-3 run over the next three-and-a-half minutes to take the lead.

Down the stretch, Trimble’s three off the glass with just under three minutes to go gave the Bears a 62-61 lead. The Bears came up with clutch plays from there, none greater than Alston Mason’s layup with 7.2 to play that knotted things up 64-64.

After Hall’s key bucket, the Bears had 1.5 seconds for a desperation shot, but couldn’t pull off the road upset to fall by two.

In the opening half, there were eight ties and six lead changes with BYU’s 7-0 run just before the intermission giving the home side a narrow 36-35 advantage at the midway point.

Chance Moore’s 10 points led the Bears, and his streak of seven straight points midway through the opening stanza gave MSU a 30-29 lead with 4:21 to go in the half. But after a Lee jumper gave the Bears a 32-29 advantage, BYU reeled off seven unanswered. Lee ended the half with a banked-in 3-pointer to cut the MSU deficit to 36-35 at the break.

Four things to know about the lower Colorado River basin