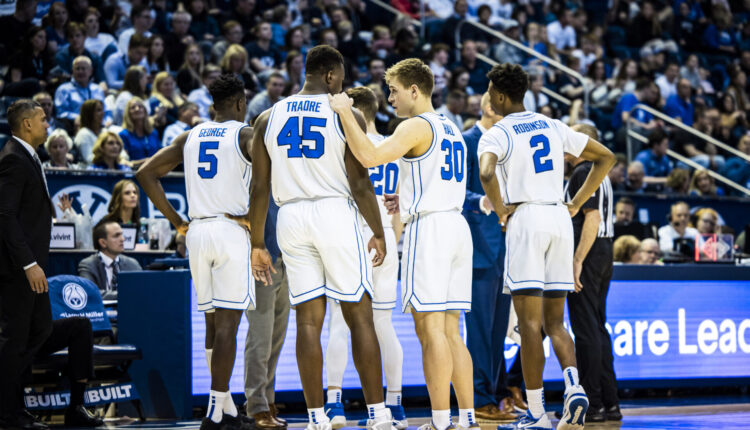 Such is the case for BYU’s most recent road trip to Santa Clara last January, where the Cougars first saw their season slip away into obscurity.

“It left a bad taste in our mouth,” BYU guard Spencer Johnson said of last year’s affair with the Broncos. “We’re ready to go back.”

Last year’s meeting with Santa Clara presents a number of hypotheticals: had Johnson made his free throw, or had BYU stopped Williams, and the Cougars went on to win, would they have avoided Pope’s first-ever Quad Four loss at Pacific two days later? Would BYU have been sufficiently intact to land in the big dance in March? Would players such as Caleb Lohner or Seneca Knight have stayed in Provo rather than entering the transfer portal?

It’s crazy how much can change in eight seconds.

For this year’s BYU crew, every second will matter Thursday night against the Broncos, as the Cougars not only look to assemble another winning streak and hold off Santa Clara in the WCC standings, but also seek for vengeance to exorcise the ghosts of 2022.

Following the Broncos, BYU will stay in the bay to face San Francisco, who smacked the Cougars both in Provo and in the WCC tournament last year to add more flavor to BYU’s hopeful serving of payback this weekend.

“Santa Clara is really, really good, they took Gonzaga to the wire and have been playing really well,” Johnson said. “San Francisco is a tough place to play, they have a lot of good shooters and they’re really tough and physical as well. It’s a big road trip. I think we’re ready, we’re feeling good and have been practicing really well.”