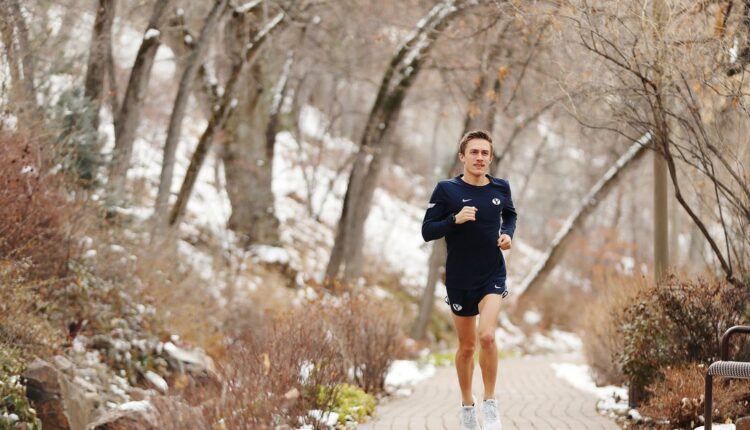 Conner Mantz, the two-time NCAA cross-country champion, is leaving his last year on the track to compete professionally and will soon be signing a lucrative four-year deal with Nike. He has already made himself felt in the professional scene.

Two weeks after winning the college cross-country title, he won the US Half Marathon Championships in South Carolina and set the seventh fastest time ever by an American (60 minutes, 50 seconds).

For Mantz, the decision to return for another season of college cross-country competition rather than signing a deal last summer has paid off. Shoe contracts are the lifeblood of professional runners. Most of these companies had run out of budgets by the time the US Olympic track and field trials concluded last summer, and most of the money was being used for those who would perform at the high-visibility games in Tokyo.

Conner didn’t make the Olympic team – he was the top college finisher (sixth place) in the 10,000 – so he missed a big payday. He got offers, but for less money. Mantz changed his plans, returned to college competition, and won his second NCAA title.

“My agent said if I had accepted an offer in the summer I would have got half of what I get now,” said Mantz.

“It gave him another fall to shine and over the season he has shown that he deserves a multi-year contract,” said BYU coach Ed Eyestone.

In her first race out of college, Orton took a close second place in a fast indoor 5,000 meter race in Boston with a time qualifying her for that summer’s World Athletics Championships. The race was won by Annie Rodenfels in 15: 08.80, followed by Orton in 15: 09.47 – a time that would have broken the college record of 15: 12.91 if she hadn’t used up her NCAA eligibility.

In the meantime, the intricacies of the contract are being worked out by Mantz, but are expected to be finalized early next month. After Mantz and his agent Ray Flynn received interest from several shoe companies, they selected two finalists: Adidas and Nike. Mantz asked Eyestone to advise him on negotiations. Eyestone was a four-time BYU NCAA champion and a two-time Olympic marathon runner who built one of the most successful and enduring careers in road racing of all time and continued into his late 30s.

“(Eyestone) had the career I wanted,” said Mantz. “That is the goal. And he’s one of the most respected coaches in the world. It was nice to have him with me during negotiations. He has influence when he speaks. He helped me answer the difficult questions and think of things that I didn’t want to ask. “

Mantz, who plans to complete his mechanical engineering degree at BYU next semester, will train at Eyestone in Provo over the summer with the aim of creating the US team for the rail world championships this summer. When runners sign with a shoe company, they usually train with that company’s trainer and team, especially when it comes to Nike and their very successful Bowerman team. But given Eyestone’s coaching performance and Mantz’s commitments at school, Nike was comfortable allowing them to continue working together.

“(Eyestone) had the career I would like to have. That is the goal. And he’s one of the most respected coaches in the world. It was nice to have him with me during negotiations. He has influence when he speaks. He’s helped me answer the tough questions and think of things I didn’t want to ask. ”- Conner Mantz

“They encourage athletes at most schools to train with their (Bowerman) team, but they don’t think BYU runners need to do it, which is a nice compliment,” said Eyestone. “I’m going to talk a lot about training with (Bowerman trainer) Jerry Schumacher. And when the Bowerman team trains in Park City this summer, we’ll send Mantz there.

“It’s just smart to distribute the load, and it would make the transition easier for Conner. We have the option that he can go with the Bowerman group at some point. I wouldn’t necessarily advise against that, because it would give him the opportunity to train with great athletes. “

Mantz, who turned 25 this month, will be training for the upcoming indoor and outdoor track seasons as well as some street races in the hopes that he will prepare for a place in the top 3 of 10,000 at the U.S. Track Championships. That would qualify him to represent the USA at the World Track Championships, which will be held in mid-July in Eugene, Oregon, where Nike is headquartered. He plans to try a marathon in the fall with the long-term goal of reaching the U.S. Olympic team at that distance in 2024.

“The plan is to train with coach Eyestone until the World Cup and after that I’m not sure,” said Mantz. “I want to try to train with the Bowerman group. I can gain a lot when I train with athletes who are better than me. “

Two members of the Bowerman team – Grant Fisher and Woody Kincaid – made up the US Olympic team.

“The (contract) gives me opportunities and flexibility,” he said. “I can choose races. I can make a living. I can have a career earlier. Running will be my full-time job. “