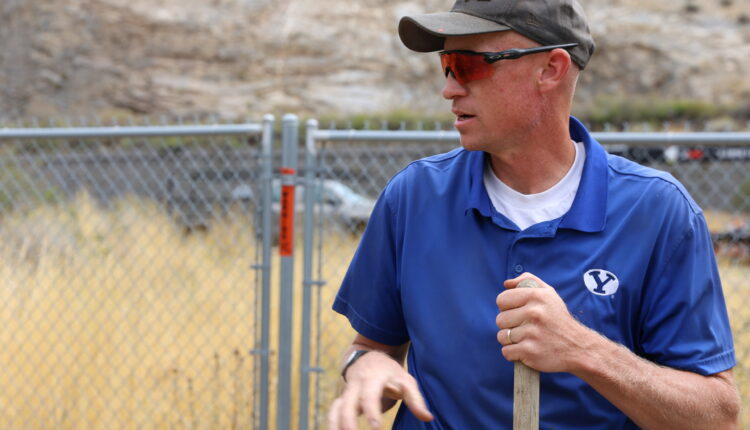 BYU’s blue-collar brigade: the heart and soul of campus

Within every white-collar institution, a blue-collar army keeps everything running—quite literally.

The term ‘blue-collar’ was coined in the 1920s and once referred to workers who wore darker clothing to hide dirt. Often stigmatized and connotative of less desirable jobs, the meaning of the term has changed drastically since its inception over 100 years ago. Society relies heavily on the unique skill sets of blue-collar workers nowadays, more than people may realize. BYU is one of those places.

From Orem, Utah, Hawks has been a full-time employee at BYU for seven years since completing a degree in Facilities and Property Management and a minor in Landscape Management. From the mouth of Provo Canyon all the way to campus, he knows his way around sprinklers, valves, filtration systems, flow meters and more. More than just a sprinkler specialist, he’s BYU’s water expert. 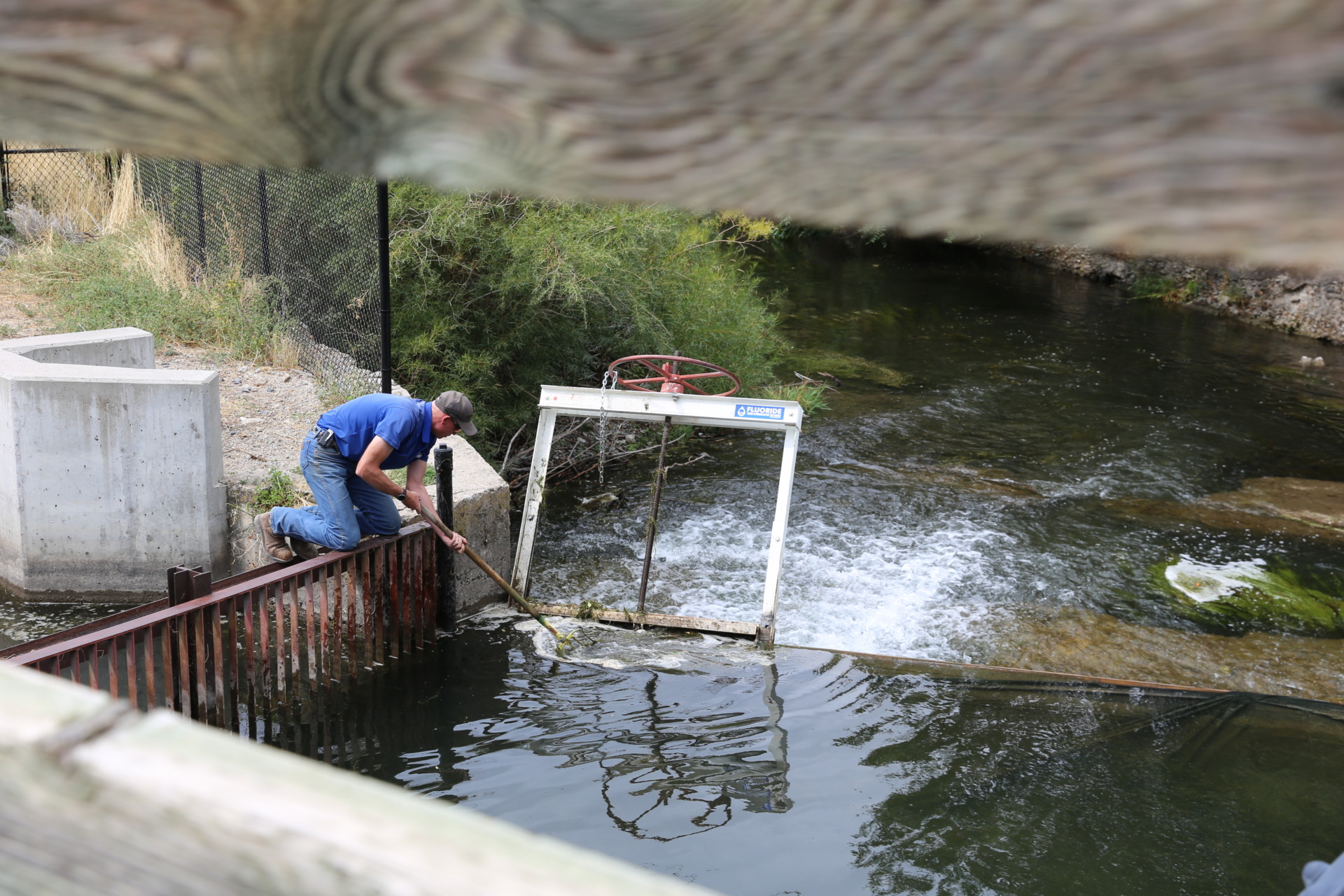 “Right at the mouth of the canyon the river meets a pipeline and there’s a screen you have to clean up. This year because water’s been so low I have to go clean those every day,” Hawks said. “It comes into a pipeline, then comes into a couple places on campus that have pump stations.”

“The hardest part for me is making sure that the schedule works,” Hawks said. “All of our controllers are cloud based. They’re smart controllers. I have to make sure sprinklers don’t turn on during the [football] games.” 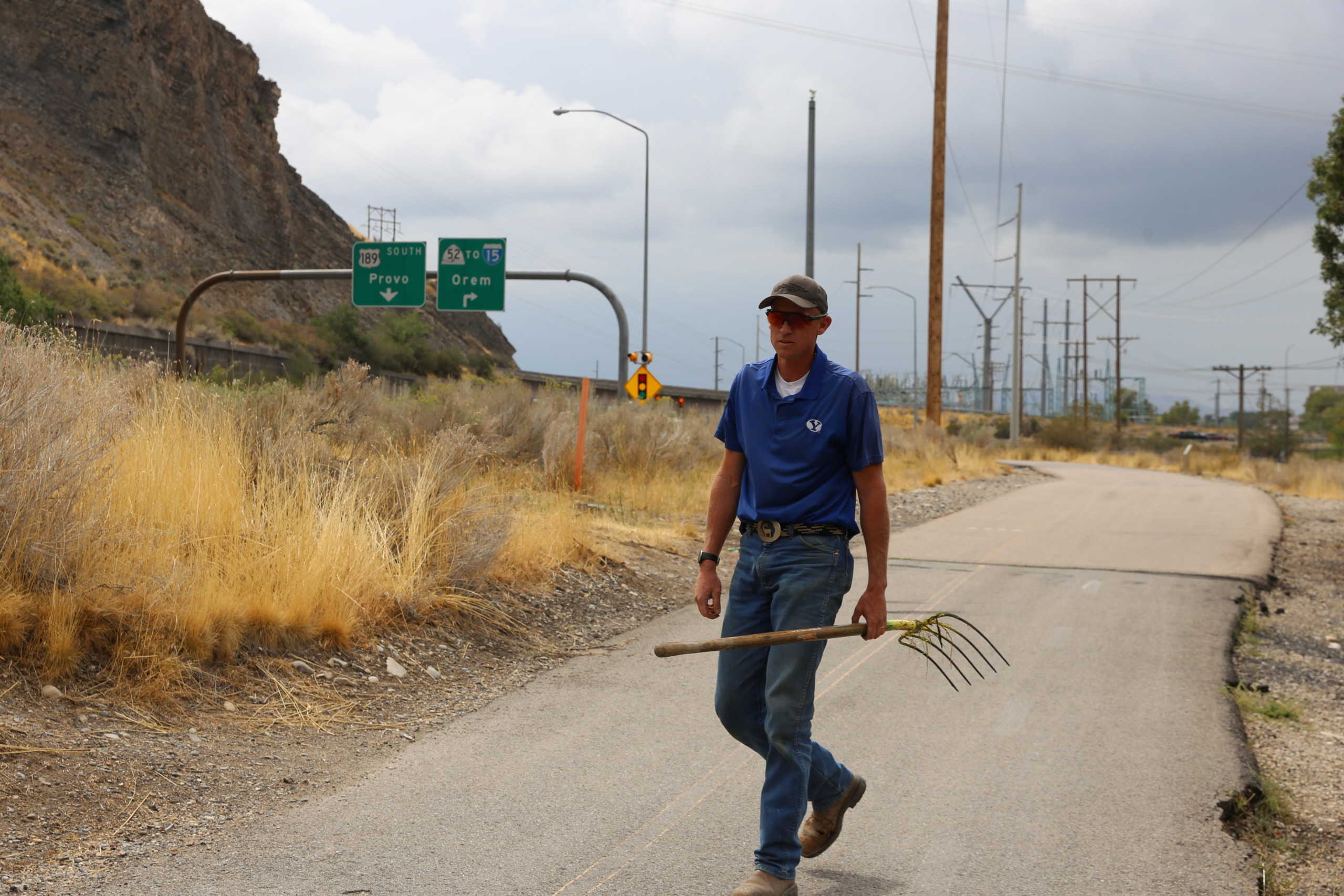 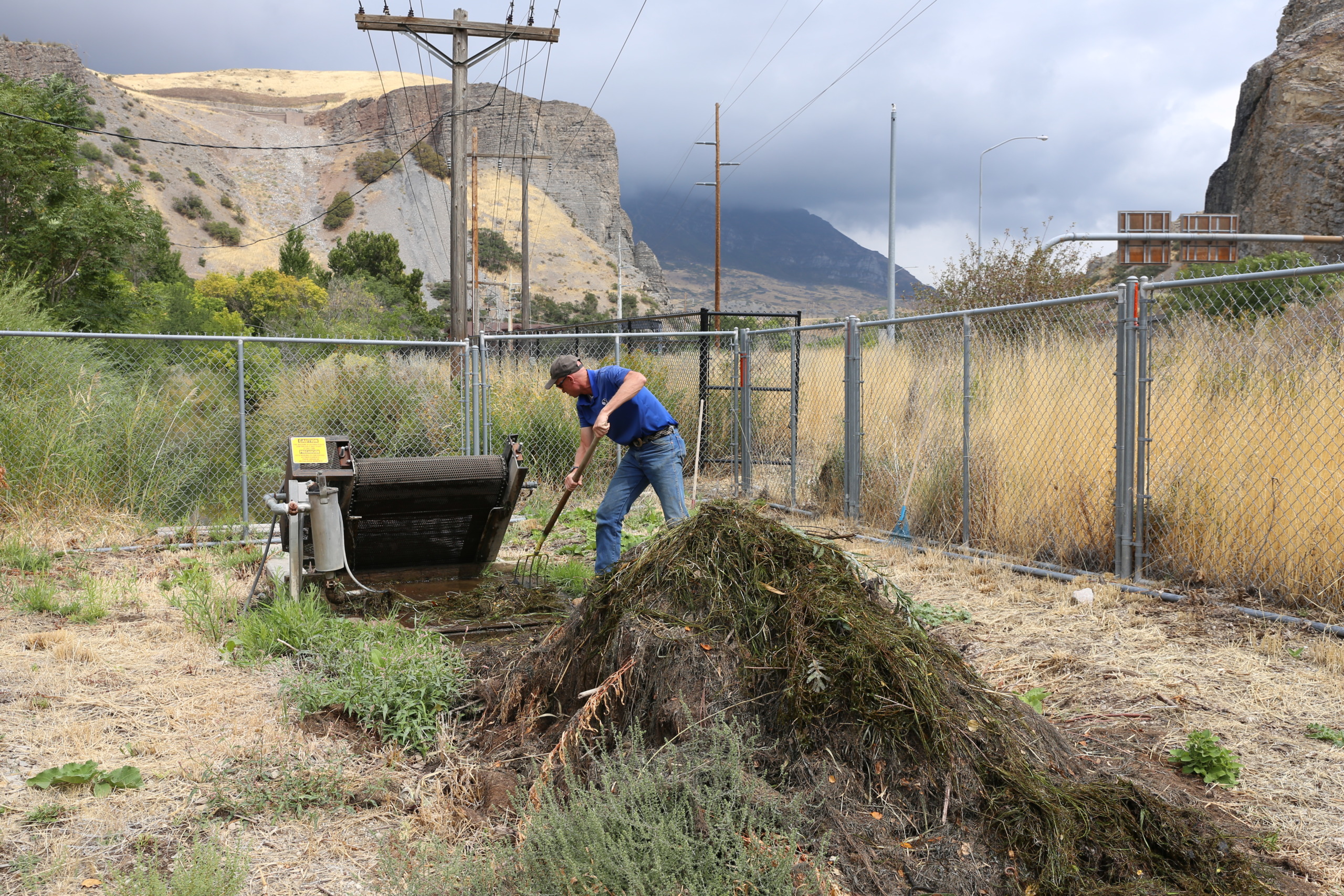 Over the last four years, BYU installed a smart system that reduced water usage by 25 to 30 percent, comprising 110 controllers. Hawks is in charge of this system. Before retiring to bed of an evening, Hawks ensures that everything is operating properly within the systems, including a large pump station at Helaman Halls that sees 4000 gallons of water pass through each minute. Sometimes, Hawks will be alerted to an issue that requires immediate attention—even in the middle of the night. 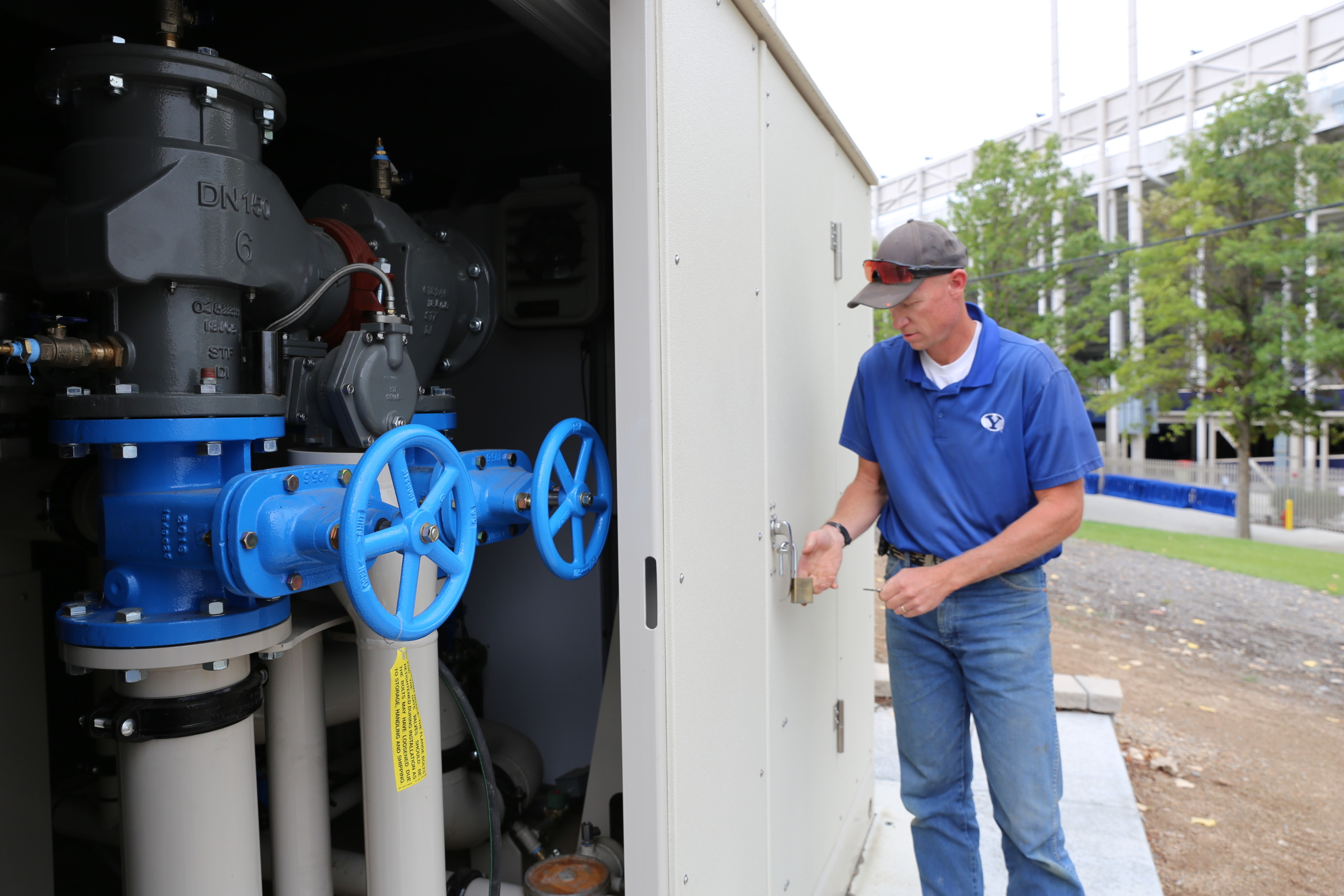 Hawks checks on one of the school’s many pump stations. This station near LaVell Edwards Stadium can process 700 gallons of water a minute. (Lauren Woolley)

Of the problem-solving aspect of his job, Hawks said, “It’s a fun job. It’s fun figuring stuff out.” Driving back to campus after clearing the ridge of debris, his signature cowboy hat sits on his dash. 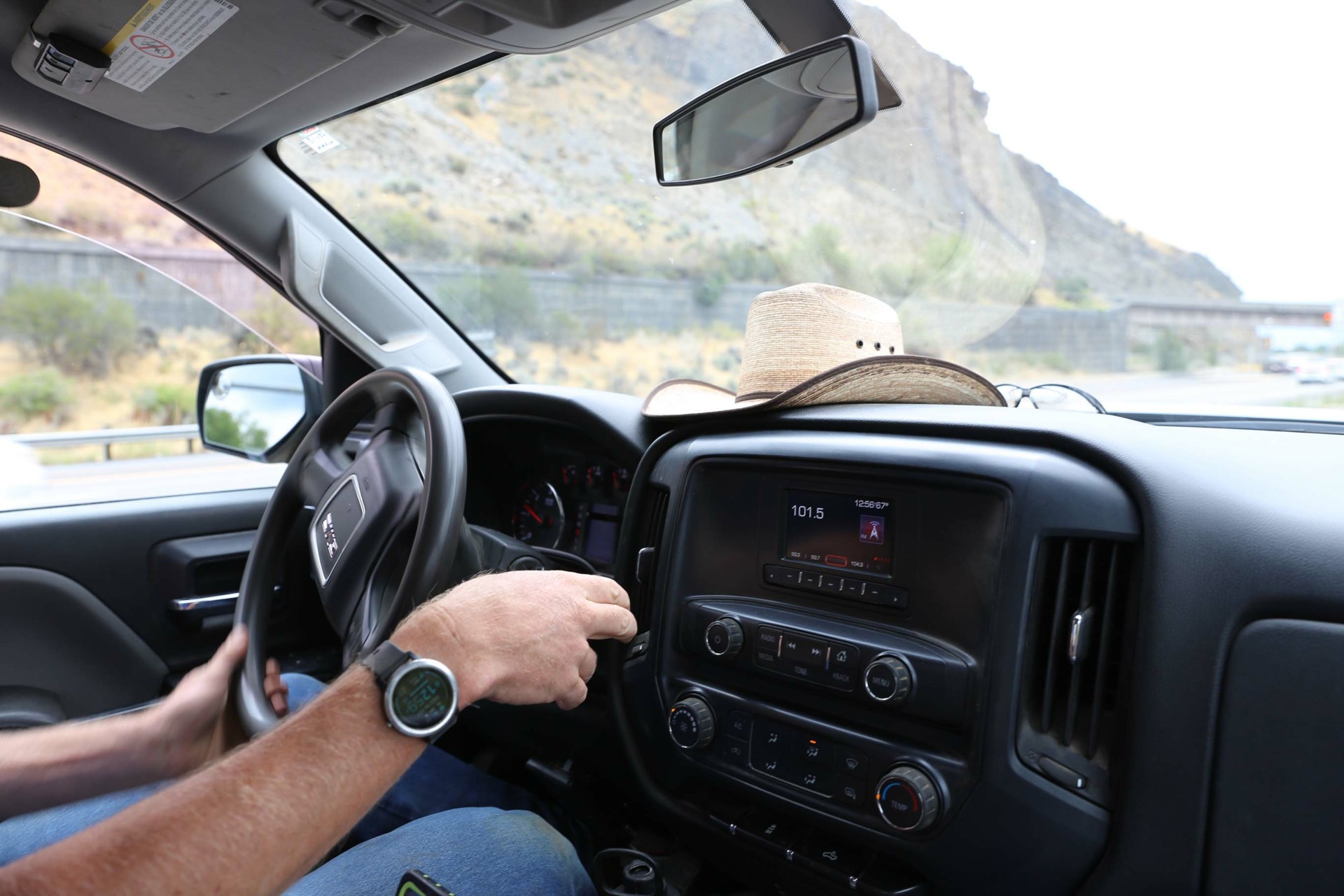 Hawks will install flow meters to systems across campus when lines are shut off from mid-October to mid-April after the end of irrigation season. (Lauren Woolley)

According to the Bureau of Labor statistics, approximately 40 percent of the US workforce in 2020 worked in non-white-collar roles. As the line continues to blur between typically white-collar and blue-collar jobs in terms of pay and responsibility, more university graduates are moving into blue-collar roles than ever before, in what the BLS is classifying as a “labor market problem. ”

However, this may not be as much of a ‘problem’ as studies make it out to be. 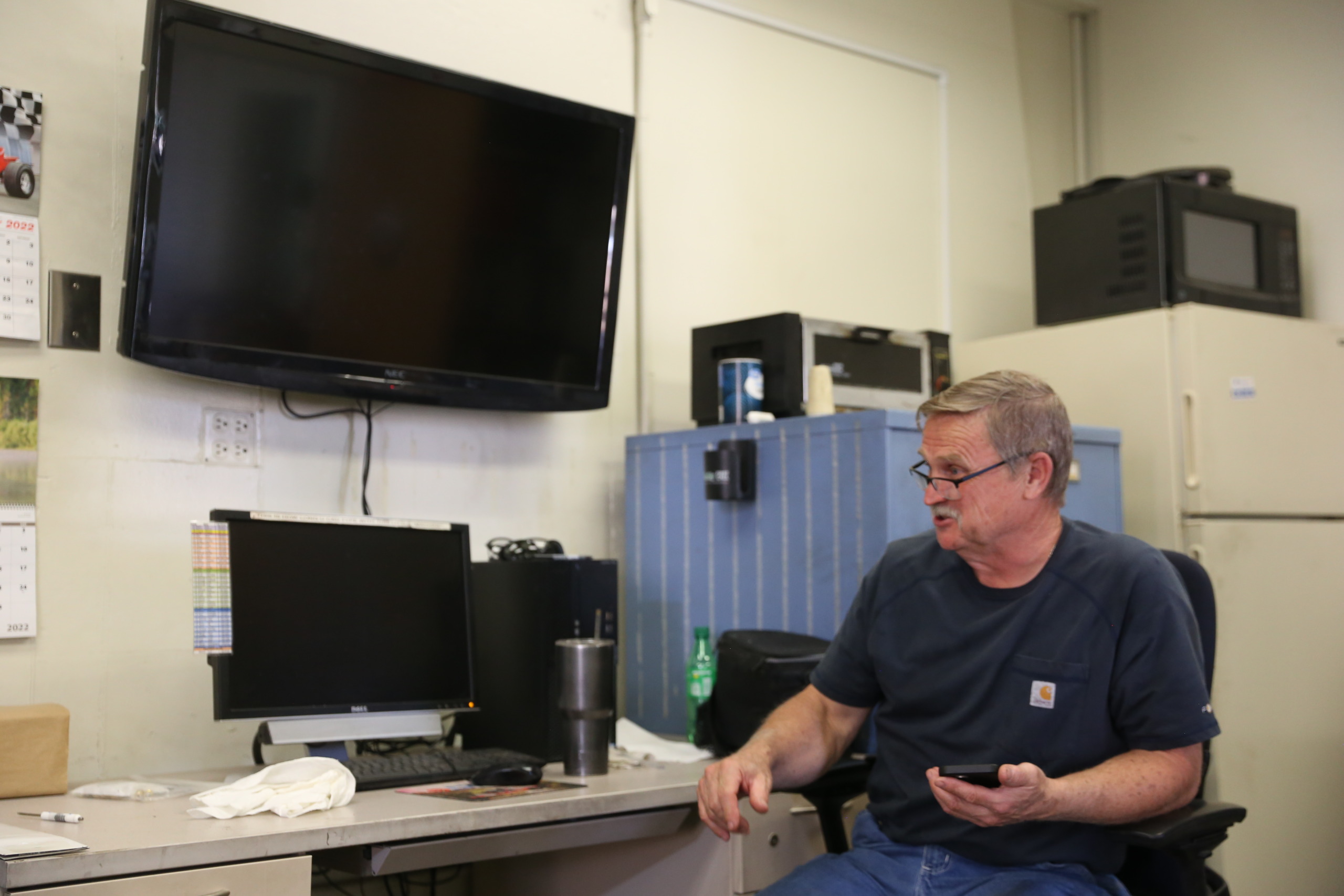 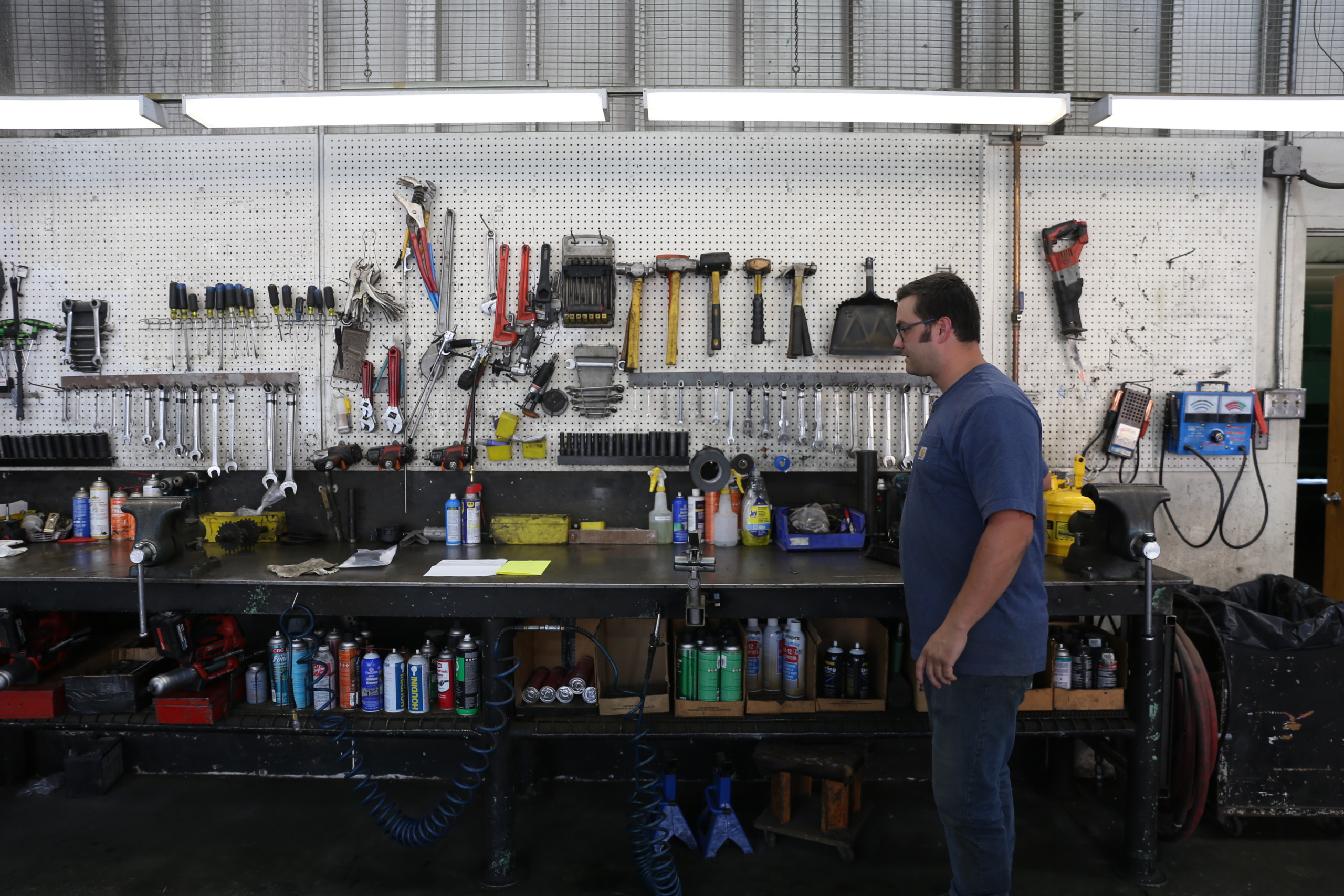 Hickman transitioned from college life into a typically hands-on role. Having completed a bachelor’s degree in Automotive Technology Management from BYU-Idaho, Hickman’s role is one of many at BYU that requires specific technical skills.

“I feel like everything’s headed one way and I think things need to split. There’s wages coming up, and technical stuff that could still be used,” Hickman said. 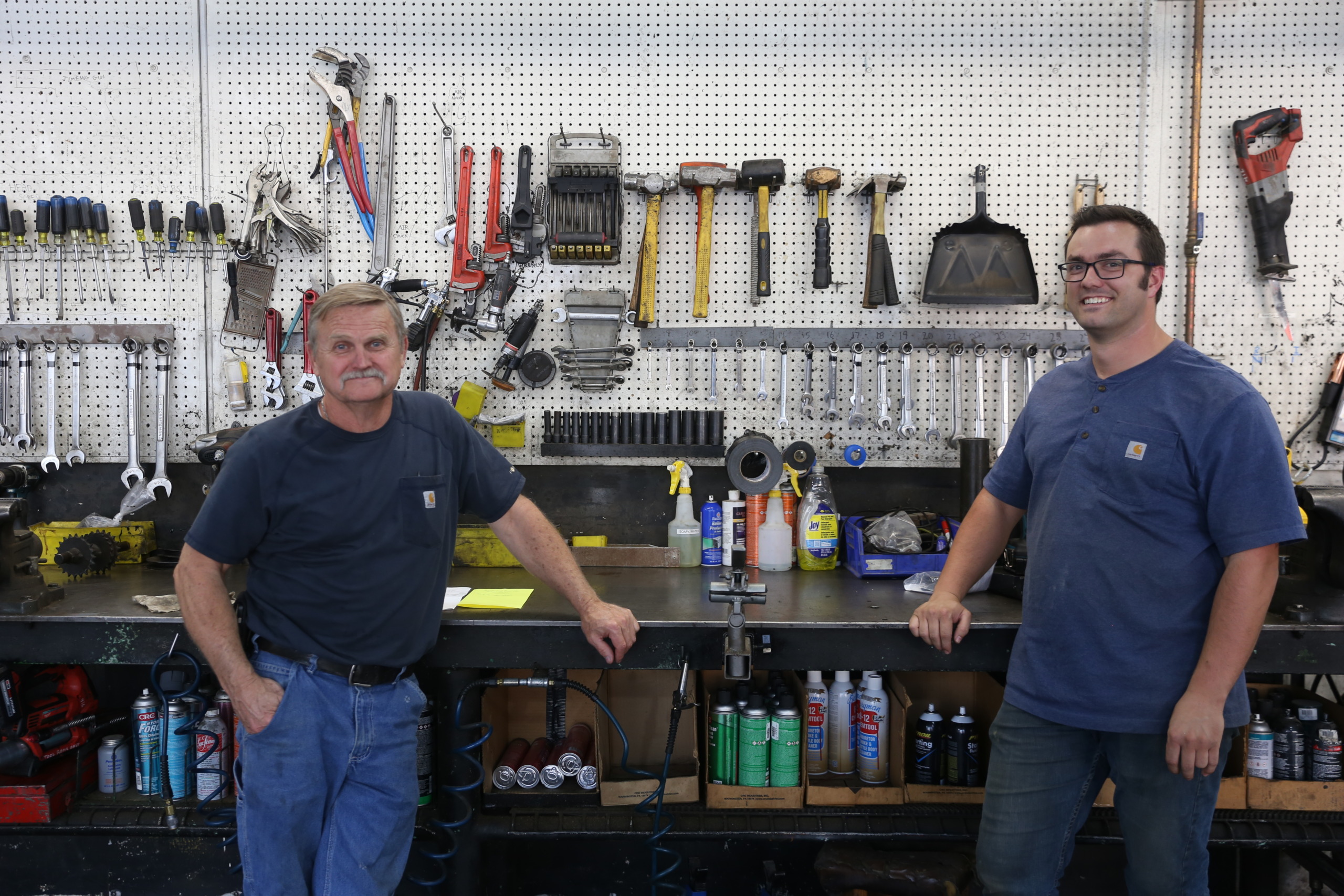 Watters and Hickman start at 7 am each morning, performing maintenance on equipment for the grounds maintenance department and other areas of campus. They will soon equip smaller work vehicles with snow plows to prepare for the upcoming winter. (Lauren Woolley)

A veteran mechanic of 50 years, Watters worked for the state for over 25 years before coming out of retirement to return to the workforce at BYU. With half a century of workforce wisdom under his belt, he shared a message for current college students.

“I know the problem with a lot of college kids now is a lot of them are book smart but they don’t know how to work,” Watters said. “It’s the first impression whenever you start any job that makes all the difference in the world.” 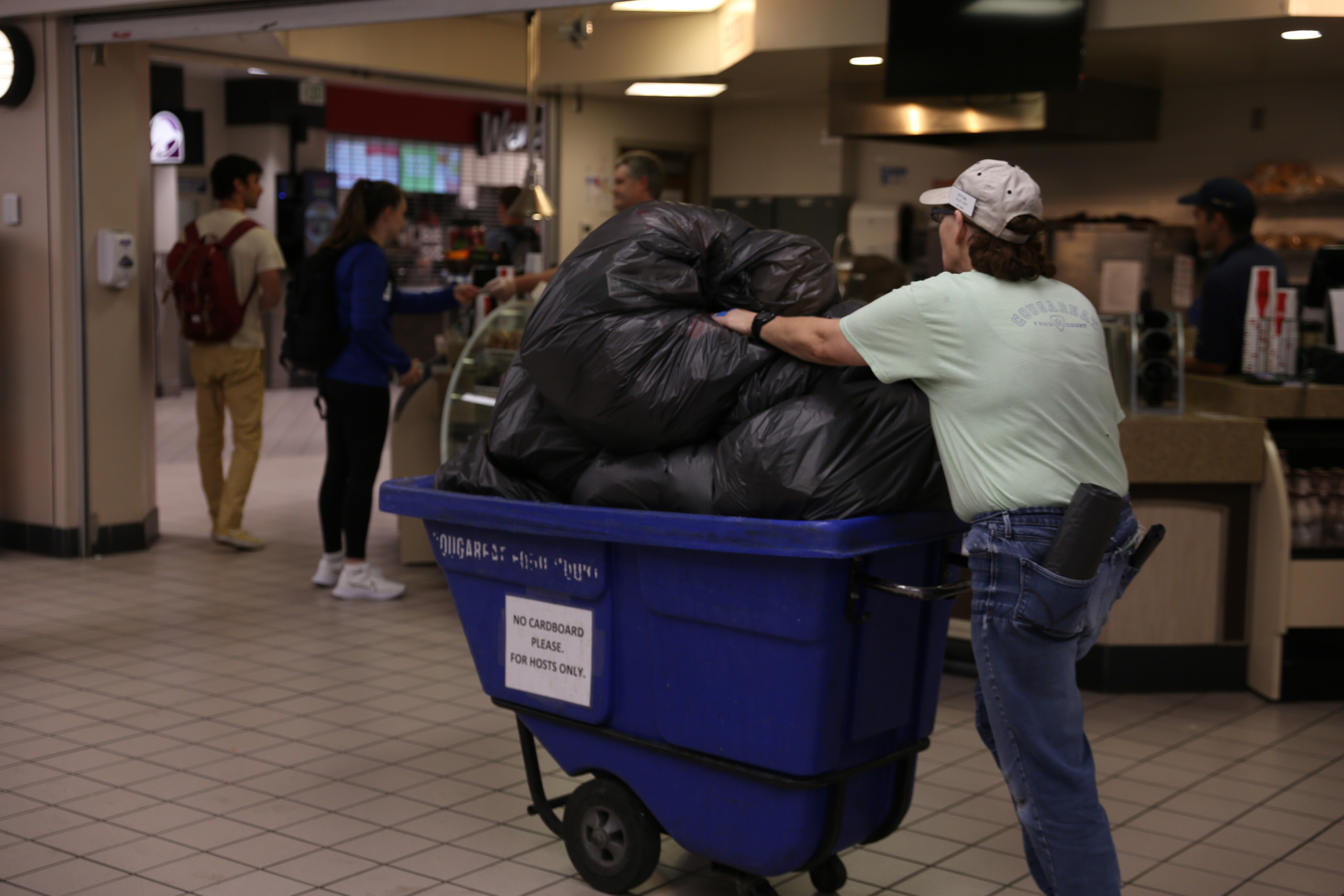 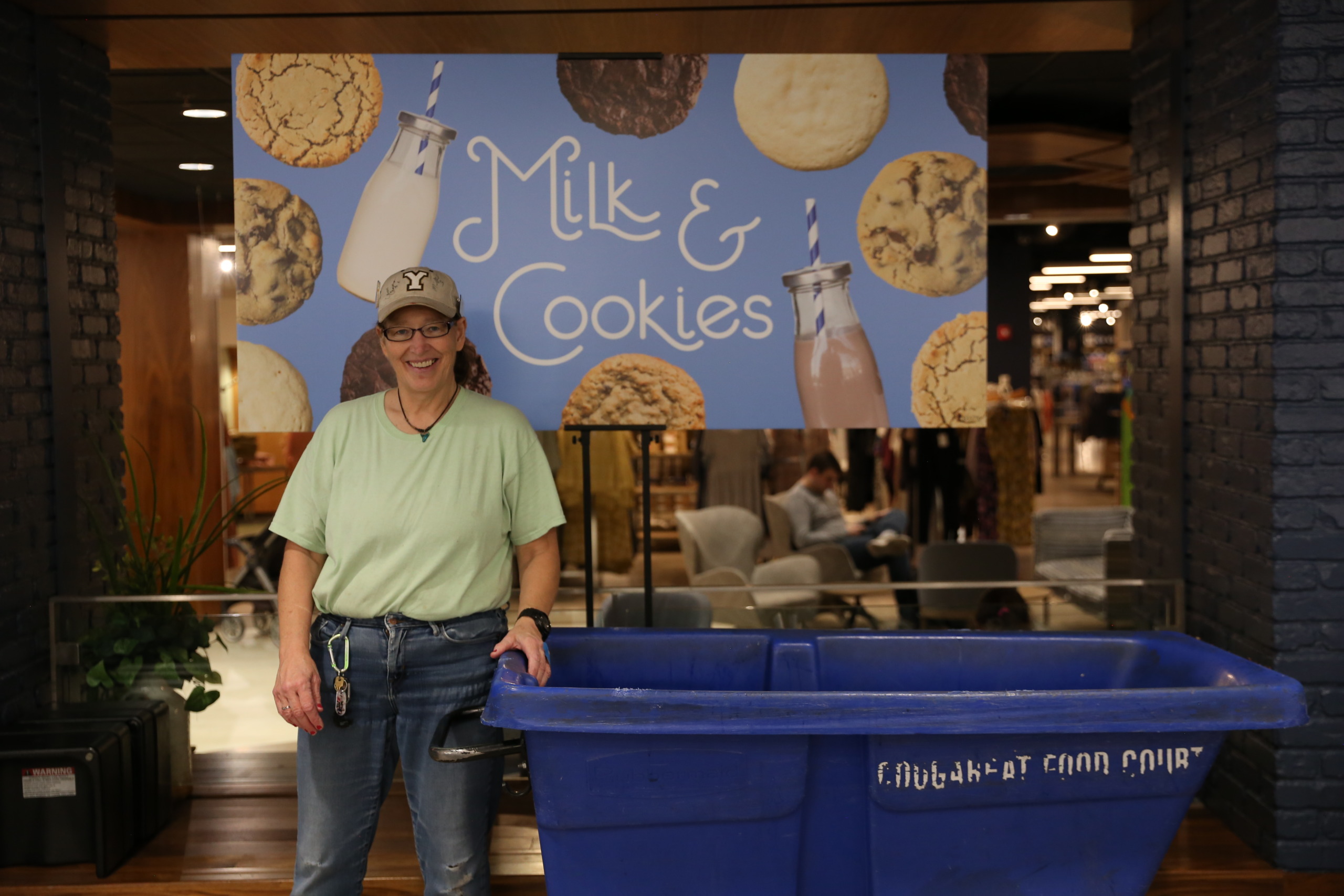 “I get here around 9:30,” Toone said, pushing the dark blue cart back into the bustling atmosphere of the CougarEat. Until 3 pm, Toone, along with her colleagues, are the sole reason BYU’s students in the Wilkinson Center have a clean and comfortable place to eat, relax and socialize before returning to classes. Without her, facilities like university campuses are unable to maintain such high standards.

Toone is just one of approximately 2 million custodial workers in the US At BYU alone, Building Care hosts 160 full-time employees. One of these employees is Kyle Landeen.

A former employee of Provo City School District, Landeen has worked at the Wilkinson Student Center for 2.5 months as an area supervisor. 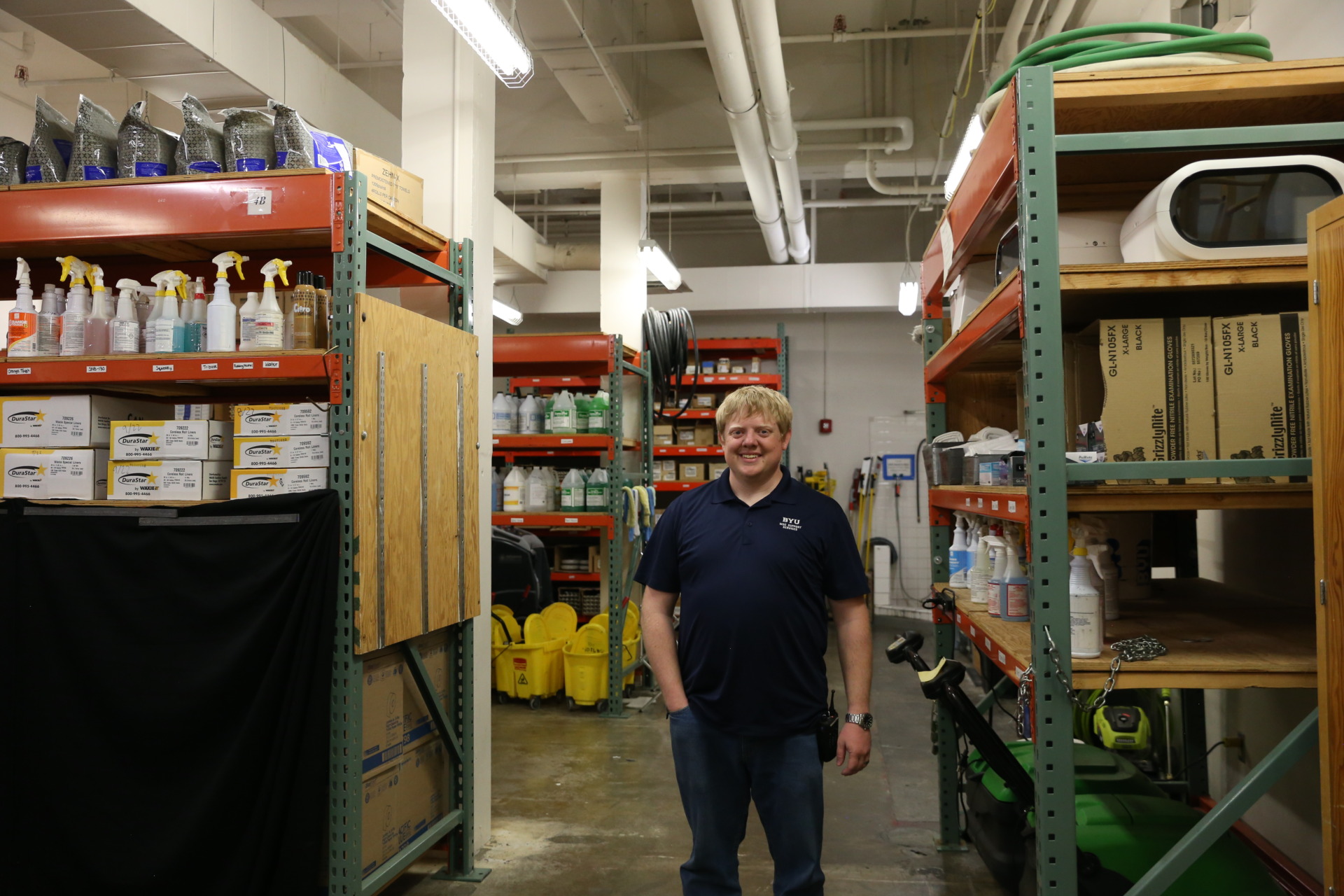 “The schedule that I had at the school district was a lot more variable. I worked a lot of overtime. The schedule here is a lot more reliable,” he said. “I like the variety that this building has. We’ll set up for events so it’s not just cleaning all the time. We help all the events that happen in the building.”

A former UVU student, Landeen studied Music and Political Science and is another example of the importance of blue-collar workers within institutions such as BYU, that often focus on the school-to-white-collar pipeline within the classroom. 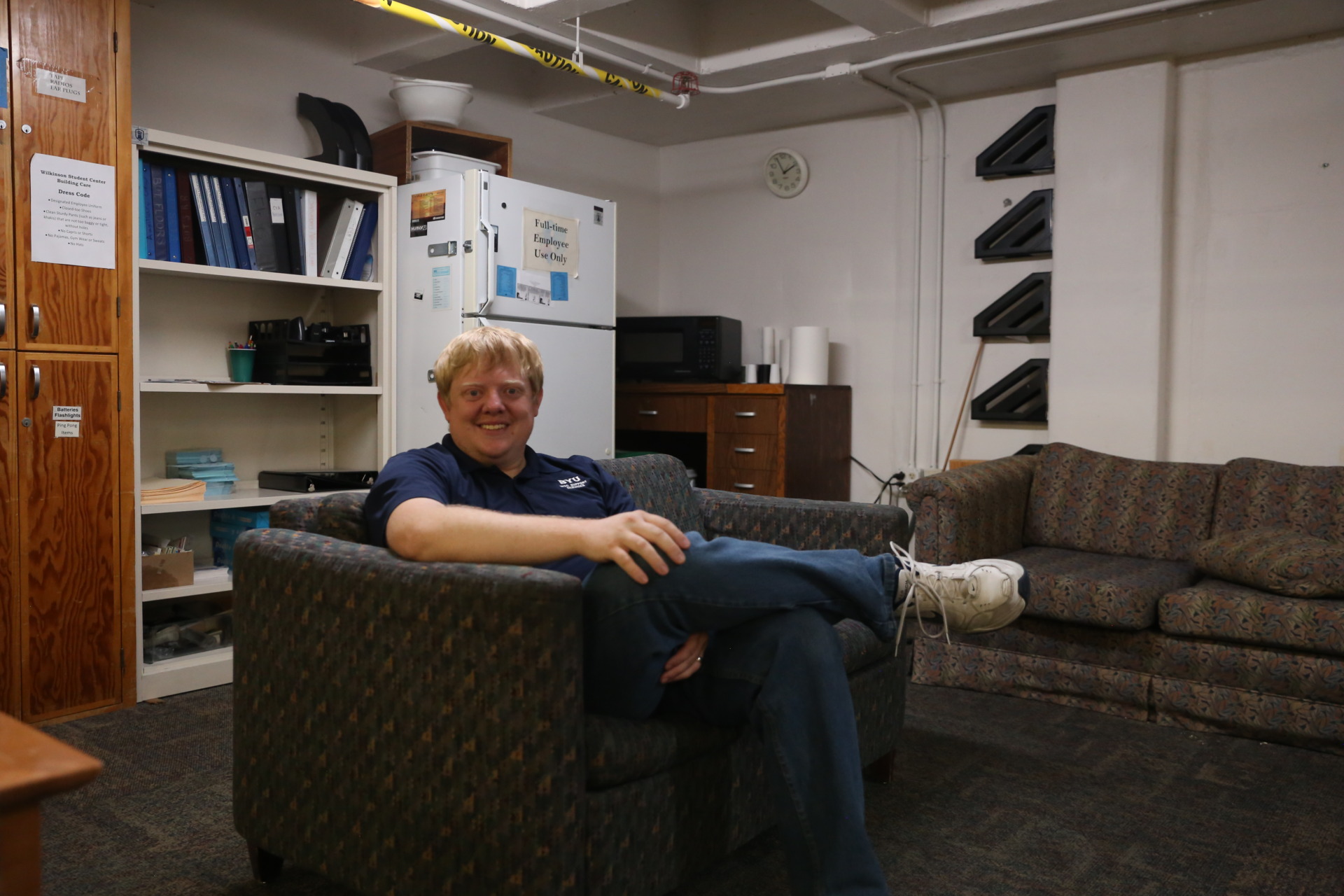 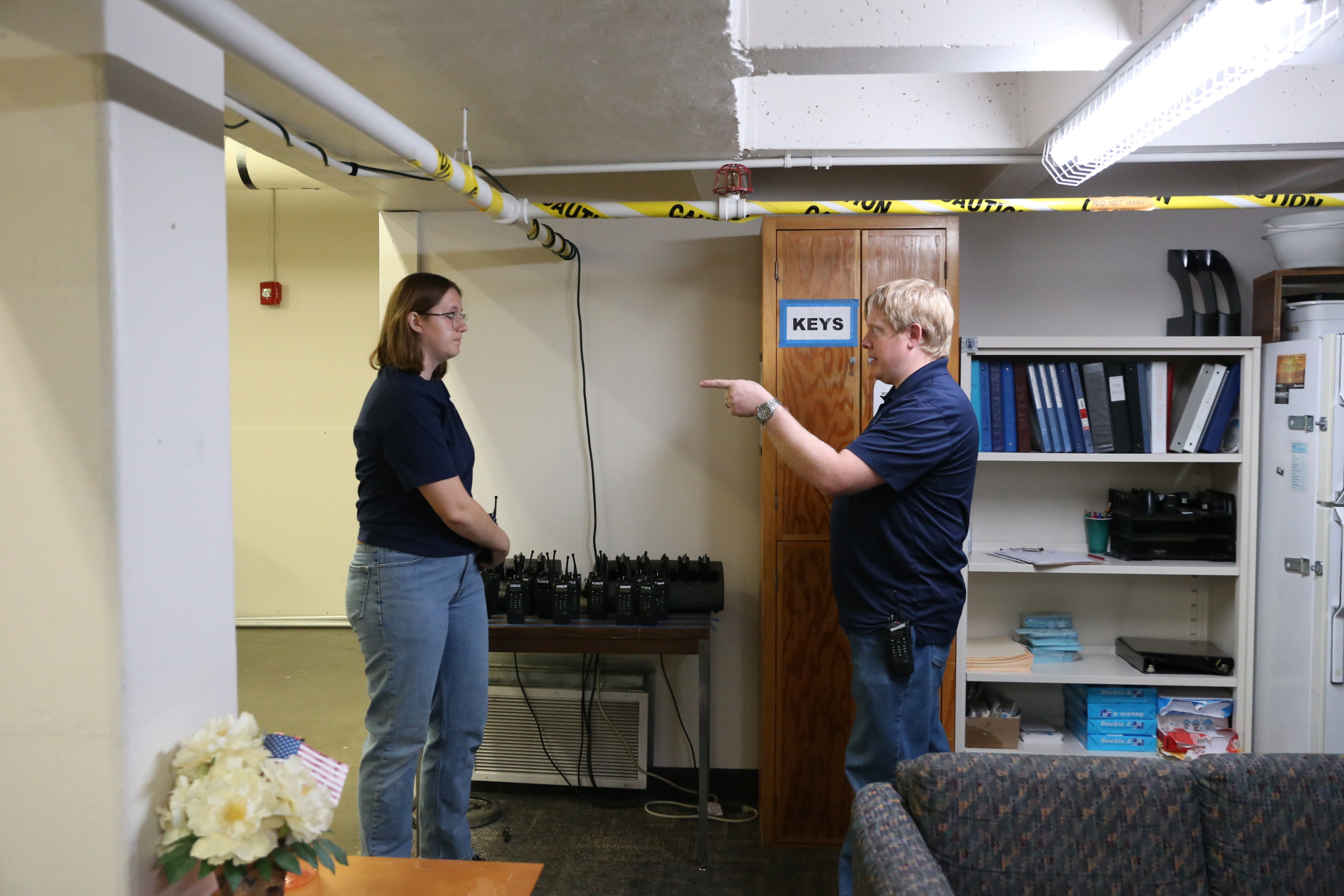 Without BYU’s many behind-the-scenes and frontline workers, the ‘BYU experience’ would look significantly different — brown lawns, no clean water, excessive trash, subpar facilities and a shortage of good food and award-winning chocolate milk. Other blue-collar workers such as BYU’s cooks, street sweepers, painters, plumbers and security workers, keep not only campus safe, fed and presentable, but also the surrounding areas. 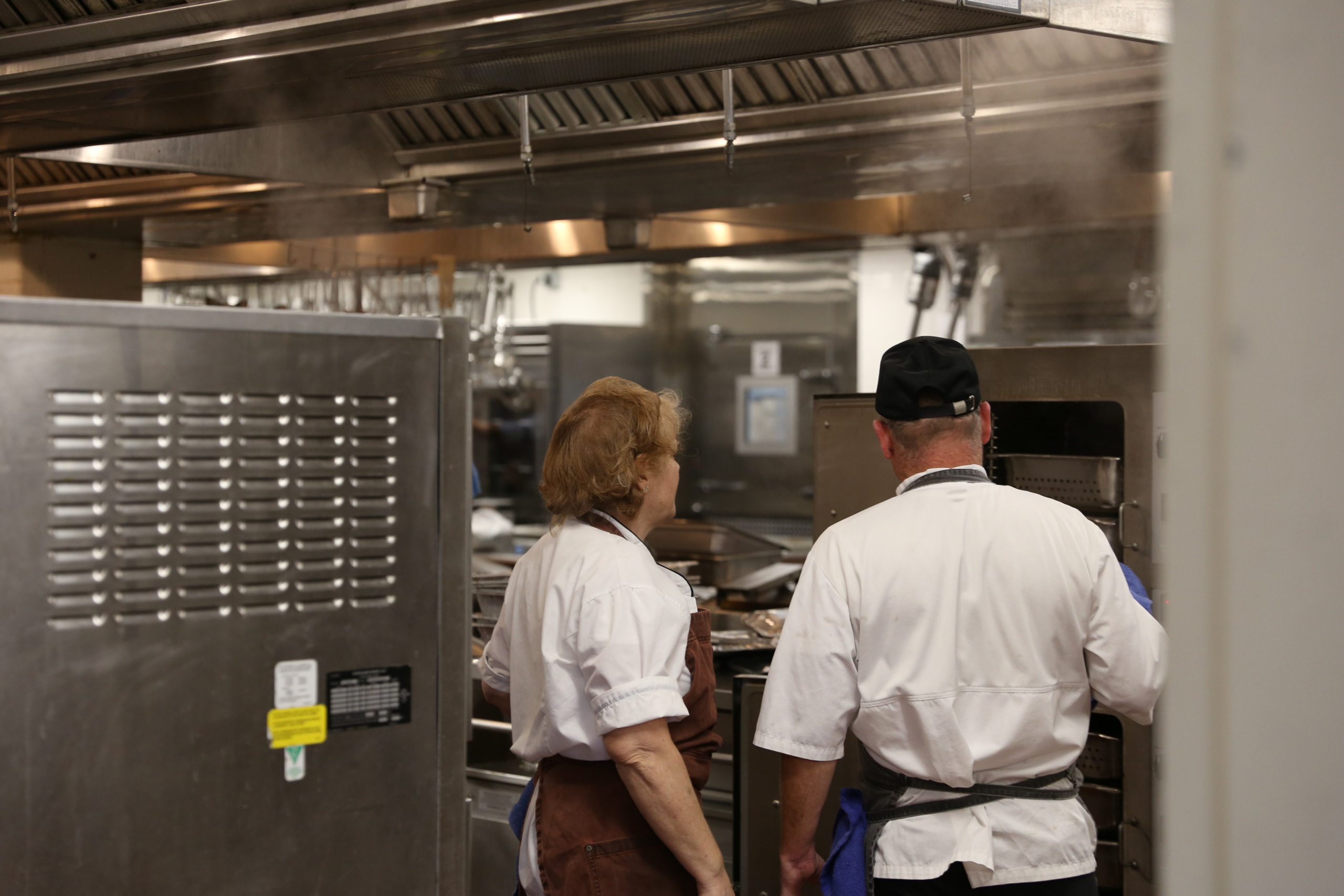 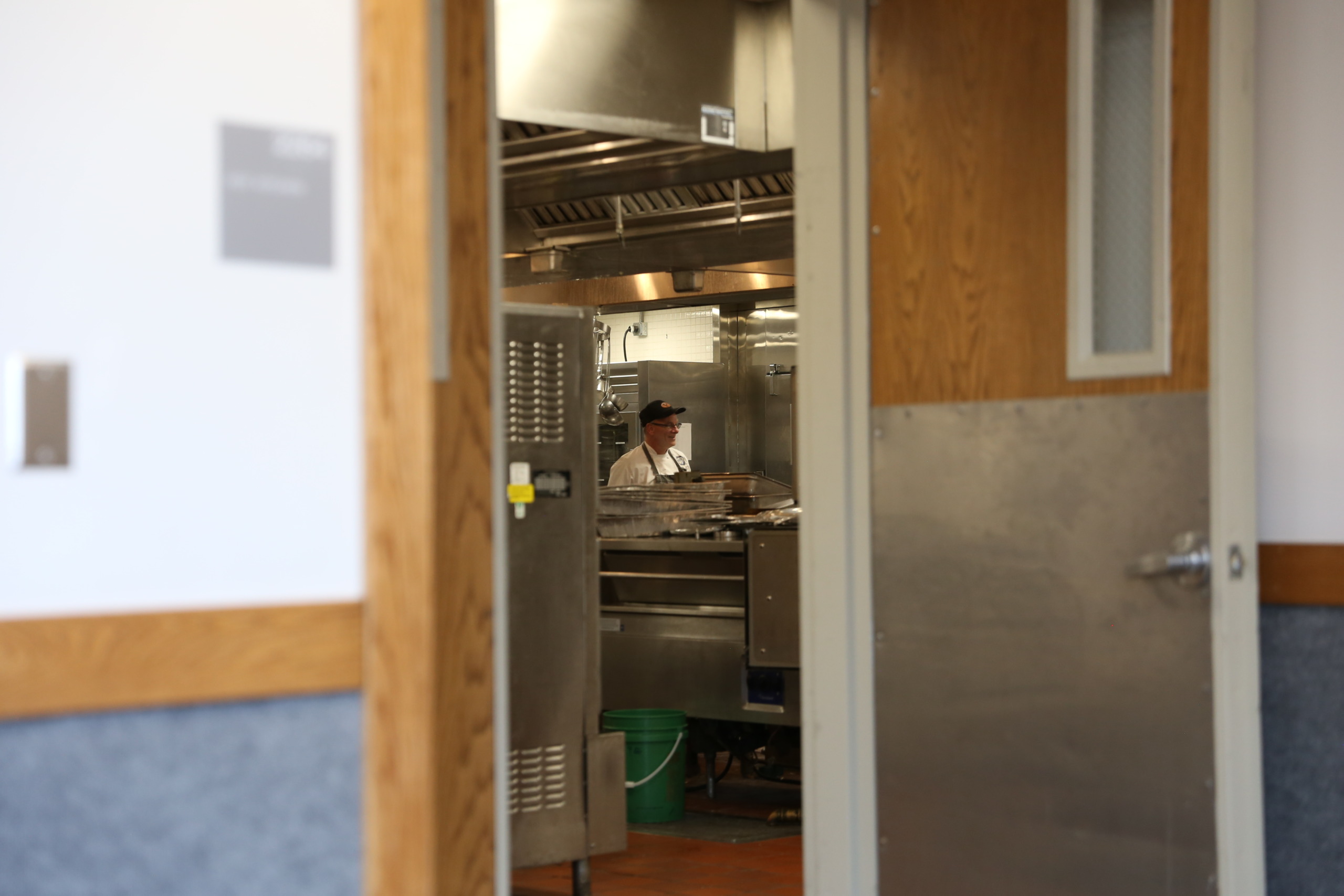