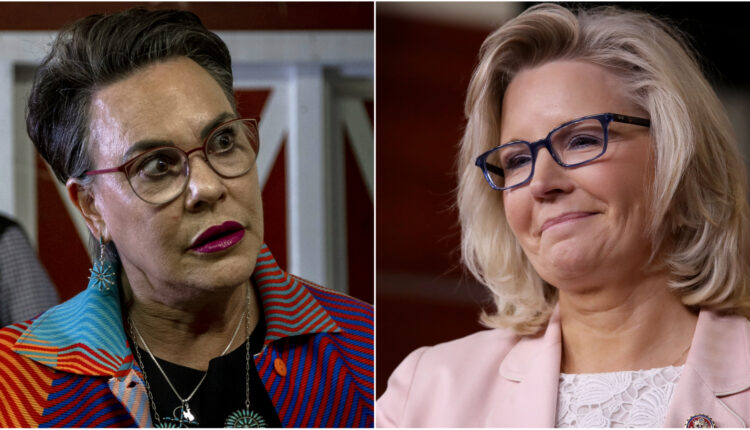 US Rep. Liz Cheney and one of her GOP primary opponents for Wyoming’s lone US House seat, Harriet Hageman, continue to set records for fundraising as the primary moves to a little more than one month away.

Information about campaign fundraising and spending released by both campaigns in advance of official Federal Election Commission reports to be issued Friday showed that both candidates raised millions in the second quarter of 2022.

Hageman has raised more than $4 million since her campaign began in September, her campaign announced in a news release, including $1.8 million raised during the second quarter of the year, which runs from April 1 through June 30.

Although it was a record quarter for Hageman’s team it still doesn’t come close to what Cheney brought into her coffers.

The Cheney team reported raising $2.9 million in the quarter, giving their campaign a total of $13 million in donations and nearly $7 million on hand. This beat her previous campaign record of $2.5 million raised in the first quarter of the year.

Hageman made the finance announcement in a Thursday morning press release, one day before the Federal Election Commission second quarter numbers were released publicly.

During the April 1 through June 30 time span, donors provided Hageman $1.8 million, giving her a total of $1.4 million cash on hand.

Hageman said she raised $3.9 million through the first two quarters of the year, but raised enough in the past two weeks to put her over the $4 million watermark.

“Wyoming is crying out for representation in Congress because we don’t have any right now, and I am grateful for the tremendous outpouring of support for our campaign,” Hageman said in the press release.

This past quarter was the biggest for Hageman donations as well, beating her first quarter 2022 accumulation of $1.3 million. She has around $400,000 more available cash in her war chest than on April 1.

Her campaign has raised $3.25 million in 2022, about 81% of total contributions since announcing her campaign in September 2021.

Her team roughly tripled that amount the next quarter.

Hageman’s spending has been more measured than Cheney’s, with about $2.6 million in total expenses through Thursday, a sum around $900,000 lower than what Cheney had spent through the end of March.

None of these numbers included donations given to political action committees working independently on the candidates’ behalf, which will also become publicly available on Friday. Millions of dollars of out-of-state and PAC money have flooded the race, already by the end of March the most lucrative in Wyoming political history.

The main issue separating the candidates, who lead all of Cheney’s other primary opponents in fundraising, has become where they stand regarding former President Donald Trump.

Cheney has spoken out against Trump and his claims that the 2020 presidential election was rigged.

She also serves as the vice chair on the Jan. 6 Committee, a congressional committee convened to investigate Trump’s alleged involvement in the Jan. 6, 2021 riot at the US Capitol.

Hageman has defended Trump, earning his endorsement for her campaign and holding a rally with him at Casper in May.

US Sen. John Barrasso raised the importance of making in-person contact with voters in Wyoming, during a Fox News interview on Sunday. Hageman has been traveling across the state consistently throughout the campaign while Cheney has made few in-person appearances.

On Wednesday night, a TV commercial aired throughout Wyoming opposing Hageman. The commercial was paid for by Wyomingite’s Defending Freedom and Democracy, a super PAC supporting Cheney.

The ad attacked Hageman for his involvement in a water pipeline project that would have diverted water from the Flaming Gorge Reservoir near Green River to lower basin states and Colorado.

A statement Hageman made to the Casper City Council was played in the commercial.

“That is their water and Colorado has the ability to do whatever is in its best interests,” Hageman says in the 2010 recording.

The narrator asks why Hageman doesn’t stand up for Wyoming interests.

“It sure seems like Wyoming is Harriet Hageman’s last priority,” the narrator said in a grave tone.

This last may be a response to Hageman’s claims Cheney has stopped caring about and representing Wyoming residents.

“Liz Cheney has turned her back on us to pursue her own personal war with President Trump and we are fed up with having no one to stand up for us in the House of Representatives against the disastrous policies of the Biden administration,” Hageman said in her Thursday press release.

As Big Pharma Loses Interest in New Antibiotics, Infections Are Only Growing Stronger