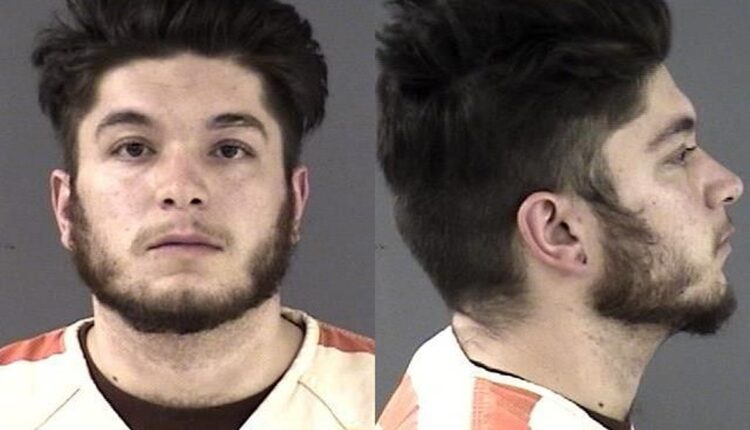 A 26-year-old Cheyenne man was behind bars at last report for allegedly stabbing a man at a local gas station on Monday evening.

That’s according to a news release from the Cheyenne Police Department.

According to the release, police were called to the Sinclair-Big D gas station at 100 North Greeley Highway around 8 pm on Monday, September 5. Officers found a man suffering from a stab wound. American Medical Response arrived on the scene and took the victim to Cheyenne Regional Medical Center for what were believed to be non-life threatening injuries.

Police say their investigation at the crime scene determined that a male and female arrived at the station and soon got into a verbal altercation with Jason Singleton of Cheyenne, who worked at the station.

As the argument heated up, Singleton pulled out a knife and stabbed one of the men before running away. Police established a perimeter around the station and brought in K9 Pavel to track down the suspect.

The police dog tracked Singleton’s scent to the parking lot of the Red Lion Hotel at 204 Fox Farm Road, located next to the gas station. Police got a tip from the Wyoming Highway Patrol that Singleton had been seen by a trooper going into the hotel.

A Laramie County Sheriff’s deputy soon found Singleton inside, with the knife thought to have been used in the stabbing in his possession.

In Wyoming it can be hard to see ALL the amazing places, many of which are kept a secret by locals. But, here are six must-visit places we think you’ve never heard of.