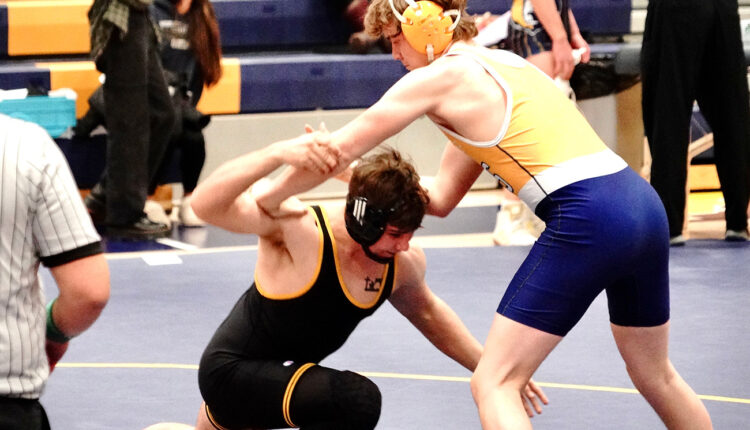 After two consecutive grueling tournaments, the Warrior Classic in Grand Junction and the Uintah Tournament of Champions in Vernal, Utah, the Cowboys had a much-needed weekend without competition to recover and prepare for the Top of the Rockies, the toughest tournament in Colorado and the Fight at the Fork, a tough Western Slope tournament at North Fork high school.

Although there was no tournament this weekend, that does not mean the Cowboys did not take the mat. Two dual meets, one on Thursday, Jan. 12, and one on Tuesday, Jan. 17th, served to keep the Cowboys sharp as they head to Laffayette and Hotchkiss, Colorado respectively.

Clay Crawford, 132 pounds, started the evening off with a first period pin. Trae Kennedy, not to be outdone, followed up with a first period pin of his own at 132 pounds. Tanner Goodwin pinned his opponent in the second period at 138 pounds. Freshman Tristan Rollins wrestled in his first varsity dual meet in the 138-pound weight class, but was unable to come away with a victory.

Abe Maupin bumped up to 150 pounds for the evening, got Meeker back on the right track with a pin in one minute and seven seconds.

“Jake Blazon wrestled a very technical sound match,” said Lane, “at 157 pounds; he wore his opponent down and pinned him in the third period”.

Connor Blunt did not show the same patience in the next match at 165 pounds, pinning his opponent in just thirty two seconds. Cade Blunt picked up another first period pin for the Cowboys at 175 pounds. This was followed by Brendan Clatterbaugh receiving a forfeit at the 190 pound weight class.

The 215 pound weight class brought the evening’s only matchup between ranked opponents. “Judd Harvey looked dominant as he pinned his opponent in one minute and 10 seconds,” Lane commented. 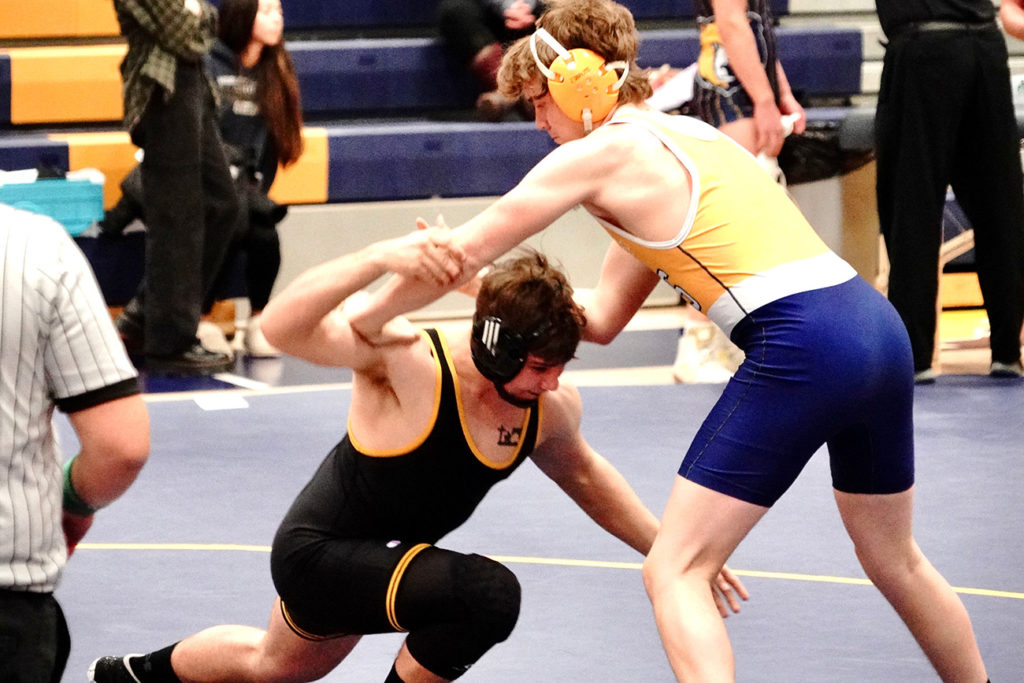 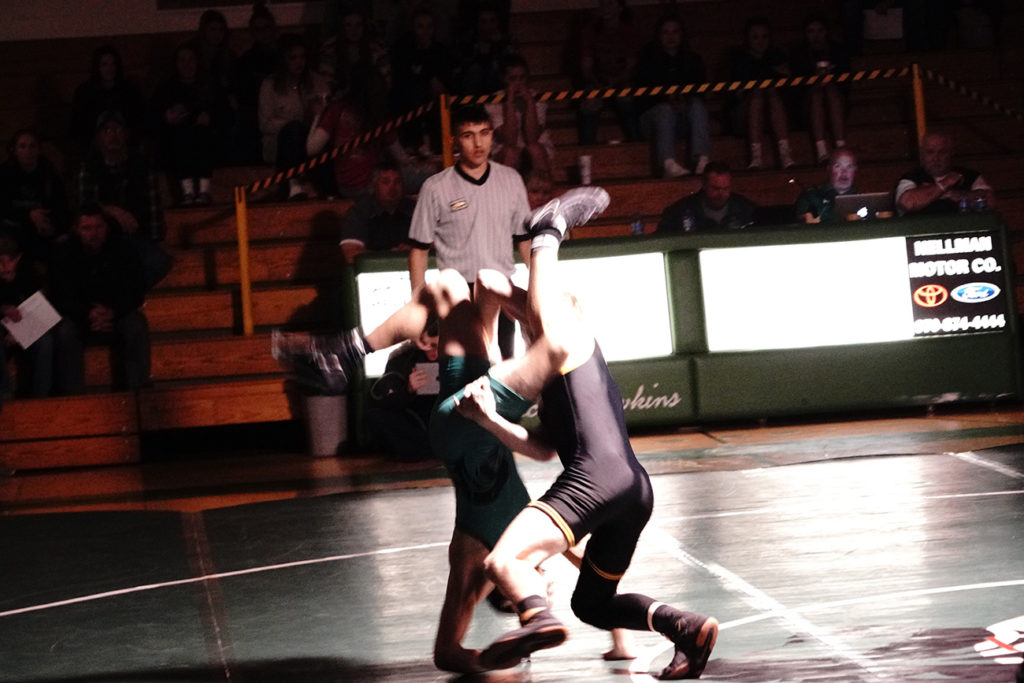 At 106 pounds, Dillon Hobbs, “showed no fear,” said Lane against the top ranked wrestler at 3A, but was unable to come away with the win. At 113 and 126 pounds, neither Reed Goedert nor Bow Muxlow were able to win against opponents who have both been ranked over the course of the season.

This the concluded varsity action with the Meeker Cowboys defeating the Delta Panthers by a score of 60 to 24.

“Our dominance continued Tuesday evening in Rifle as the Cowboys defeated the Bears 76 to 0” commented Lane.

In exhibition competition against Delta freshman Aiden Buckler and junior Coy Richardson were able to pick up wins. Exhibition wins at Rifle included pins from both Richardson and Rollins.

“The team looked sharp and continues to improve,” wrapped up Lane. “This weekend will be an exciting test for the Cowboys, and, like always, they are ready to compete hard.”

Eight members of the team will travel to TOP in Lafayette: Crawford, Kennedy, Maupin, Connor, Cade, Clatterbaugh, Harvey and Musser. This tournament is scheduled to begin at 10 am on Friday at Centaurus High School.

The rest of the team will travel to the Fight at the Fork, a Saturday only tournament, scheduled to begin at 9 am

By TIFFANY JEHOREK – Special to the Herald Times