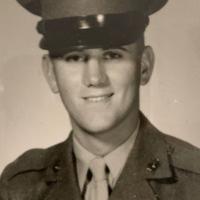 OGDEN — Curtis Daniel “Dan” Sadler, formerly of Ogden, passed away in the early morning hours of Dec. 3, 2021, at the University of Kansas Medical Center, Topeka, Kan., at the age of 79. The cause was a combination of heart disease and pneumonia.

Dan was born Jan. 15, 1942, in New York City. His parents later moved to Ogden, where his father owned and operated Sadler Feed Mill well into his 80s. Dan worked at the mill through high school and then, in 1960, joined the US Marine Corps. After boot camp, he was assigned to an artillery battalion and stationed at 29 Palms, Calif., and later Camp Sukiran, Okinawa. He was honorably discharged from the Corps as a lance corporal in 1964.

He was employed for several years by the UI Fire Department in Champaign. Later, he worked for the University of Missouri at Hannibal, Mo., as an agricultural economist. He earned a degree in agricultural economics from the University of Illinois. Later, he worked for the Commodity Futures Trading Association in Chicago. His final job was as a commodity representative with Stotler and Co. in Champaign. After retirement, he lived many years in the family home in Ogden. He moved to Topeka in 2016 to be near family.

Dan was preceded in death by his parents, Curtis B. Sadler and Katherine (Howarth) Sadler of Ogden. Hey never married. He had no siblings and no children but many cousins ​​on both sides of his family with whom he loved keeping in touch.

His body was cremated. His final resting place will be in Stearns Cemetery, 1800 North 450 East, between Muncie and Fithian, 1 mile North 1800 Road. There will be a graveside ceremony there for family and friends on Saturday, April 30, at 1 pm A Marine Corps League honor guard will perform the honors, with the Rev. Jeff Stahl officiating. Semper Fi!