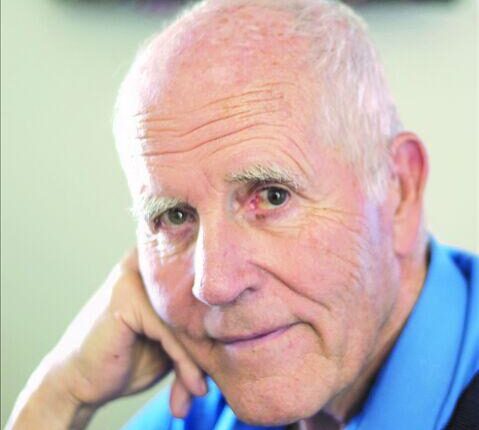 Our dear father, Dan Jay Hall, died peacefully on May 24, 2021. Dan was born on August 11, 1933 to Truman and Zelma Anderson Hall in Santaquin, Utah. He was the oldest of four children. He graduated from Payson High School in 1951. He served a mission in the Northern States in 1953. After his mission, he married his sweetheart, Delores Olson Decker, on December 13, 1955, in the Salt Lake Temple. He then graduated from BYU with a bachelor’s degree in upper secondary education with a compound major in mathematics. He worked over the summer for 5 years while joining BYU for Utah Power & Light. He spent 3 years teaching in Park City, Utah, teaching junior high and high schools. He then worked for Sperry / Unisys for 36 years.

Dan was a loyal member of The Church of Jesus Christ of Latter-day Saints. He served in many callings, including first counselor in the diocese. He served at the American Fork Family History Center for 15 years. He was incredibly grateful to have spent 21 years as a temple ordinance worker at the Timpanogos Temple. Dan loved camping in the Flaming Gorge, he loved family history, and enjoyed the time he could spend in the temple.

The funerals will be broadcast by Anderson & Sons Mortuary via a link on their website andersonmortuary.com for those who are unable to attend.