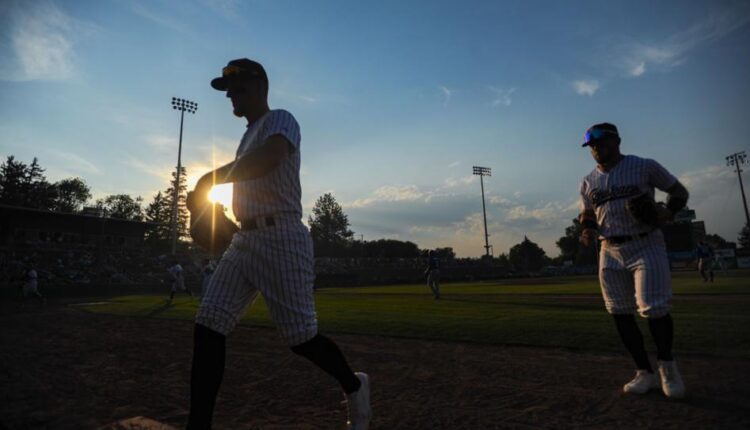 Austin Dubsky closed his eyes and frowned. A few yards outside the clubhouse on Melaleuca Field, he was moments away from his best outing of the season, a complete failure in Idaho Falls’ 8-0 win against Ogden on Friday night.

Dubsky was electric and constant, efficient and reliable. He had delivered under exceptionally important circumstances. Now he was frustrated, not because he hadn’t done his job, but because another group of players hadn’t done theirs.

To win the Northern Division first half and secure a home playoff series, the Chukars needed Friday night: a win in Idaho Falls and a loss in Missoula. Call it 1/2. The paddleheads scored 14 unanswered runs to beat the Billings. The Chukars finished second.

So when Dubsky heard the news – rather, that the paddleheads had a lead of four runs in race nine – he showed a hint of frustration. Above all, however, the team was disappointed because they could have avoided this situation from the start. The Chukars could have done a lot with a better start to the season.

So Dubsky was irritated after his best game in Idaho Falls.

The good news for the Chukars (34-14): They like their chances of a playoff spot. You can do this in a number of ways, but the most likely scenario is for Idaho Falls to set the second best overall record in the Northern Division. If the first half is a clue, the Chukars should have little problem with it, considering the other two teams in the division – Great Falls and Billings – finished the first half 16 and 17 games respectively back.

Still, the playoff picture shouldn’t obscure the way Dubsky pushed. His last line looked like this: 9 innings, 6 hits, 0 runs, 3 walks, 2 strikeouts. The Chukars won because Dubsky kept getting better by rolling fastballs well over the plate for the first few innings, then stabilizing things and leaving his infield behind.

At some point Dubsky withdrew 10 of 13 batteries. From the fourth through the ninth innings, he faced three thugs in each inning, made three double plays, and worked around a few stray hits.

“Just stick to what we were trying to do, our schedule,” said Dubsky. “In the last three or four games I’ve felt more comfortable as the game progressed. The mechanics are a kind of synchronization, and we were able to drive a little longer. “

Dubsky got running support in spades. Matt Feinstein, Andrew Don, and Tyler Kelly have all logged multi-hit games. The Chukars did not continue the offensive, did not give a double-digit inning like on Thursday. Instead, they steadily built a lead. Kelly and Hunter Hisky both cracked RBI singles in the second. Don drove in two runs, first with an RBI single in the third, then with a one-run triple in the seventh.

All in all, six Chukars recorded hits, the kind of top-to-bottom effort that shows the coaching staff has found a working line-up. That took some effort. This season, Idaho Falls cut ties with six position players. It has acquired key items – through signings and trades – from Kelly, Tyler Van Marten and Kona Quiggle. The team successfully completed these three acquisitions.

Quiggle might as well carry around a flashlight. On Thursday he went 4-for-5 – including a triple moonshot – and eight RBI. In the third inning on Friday he tied a double-run double on left field, good for a 4-0 lead.

Those kind of stats are hard to come by, but Quiggle now has 10 RBI in their last two games, which is kind of a record. If ever there was a time for him to sizzle, now was the time.

For Idaho Falls, Friday was the newest chapter in a book called The Pitching Is Improving. Nick Floyd, who recently switched from bullpen to starting rotation after starter Eric Brodkowitz retired to join the Israeli national team, handed in six sharp innings on Thursday. Dubsky kept that. Both came at critical times too, which only encourages a Chukars team that languished in the pitching department at times this season.

Which begs a question: How did things turn?

Dubsky took a short break ahead of the crucial Idaho Falls second half, which kicks off with a three-game road series against Ogden on Saturday.

Then, when isolated conversations and an idling bus accompanied the night, he offered the following: “I think the guys don’t put too much pressure on themselves. If the starter has a bad outcome, he realizes, “Hey, this is happening. We have a bullpen. We can pick you up. ‘ The next starter always seemed to pick her up, to give the bullpen a little rest.

“When we got here, we had a very short spring training session. So get into this routine – lifting, running, doing all of your stuff to prepare. Now it has borne fruit and everyone is prepared. “