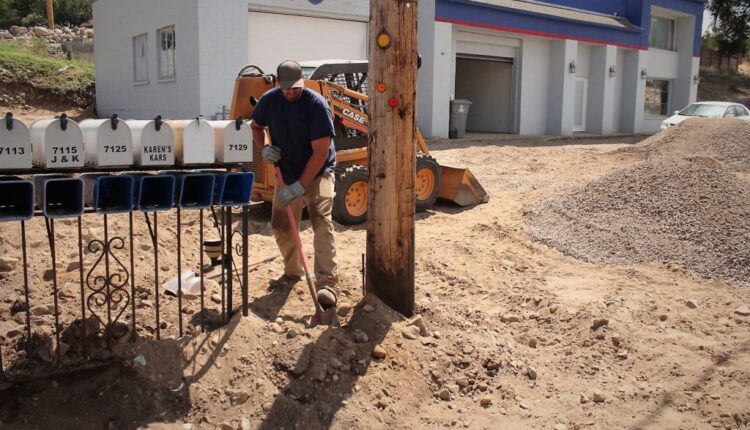 Brandon Ewell moves dirt in front of the building Melvin Dummar used as a service station on Aug. 24, 2022.

WILLARD – They’re making a few changes to a Willard landmark of sorts. Karen Ewell owned the property at 7130 US-89, Willard for 22 years and sold cars at the location. Karen’s Kars was the name of the establishment.

Melvin Dummar outside of the courthouse in 2006 trying to win his claim to the Howard Hughes fortune,.

Brandon Ewell, her son, is the new owner of the property just over the border of the Weber County line. He has had the building repainted and is resurfacing the black top in front of it. The Interstate Auto car lot will soon be up and running.

The property’s previous owner had quite a story. It was once owned by Melvin Dummar and was used in a movie depicting him as the joint recipient of Howard Hughes’ fortune. The other part of the fortune was supposed to go to The Church of Jesus Christ of Latter-day Saints.

It was a yarn of which legends are made. A lowly gas station owner rescues a tycoon and is rewarded for his deed.

Karen said she never met Dummar, but she met his wife and daughter. She believes what they told her. After hearing the story from Dummar’s kin she is sure Melvin rescued Hughes. 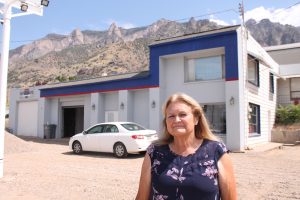 Karen Ewelll in front of the old gas station where she ran her car business for 22 years on Aug.24, 2022. This is the same place Melvin Dummar owned a service station.

Dummar claimed in 1967 he was on his way to Los Angeles driving across the Nevada dessert when he picked up a disheveled older man near Lida, NV and drove him to Las Vegas. He got off the main highway to relive himself when he spotted the old man who was face down on an old dirt road.

“I think he was telling the truth,” she said. “When they told me the story, I believe what they said.”

Dummar got the man into his car and drove him to a Las Vegas hotel some three hours away and gave him some pocket change. Dummar said the man told him while driving to Vegas he was Hughes, but he didn’t believe him.

When Howard Hughes died in 1976, Dummar received a document that claimed the eccentric millionaire left a handwritten note leaving him his fortune. It was sent to him awarding him a healthy chunk of money. It gave $156 million to the Willard gas station owner for rescuing him on that Nevada dirt road.

The LDS Church also received a document awarding them a 16th share of the Hughes fortune.

The whole ordeal was the butt of jokes by late night comics across the country, but Dummar never recounted his story.

Although he lost his case to juries and judges, even the US Court of Appeals in 2008, he never backed down from his story. 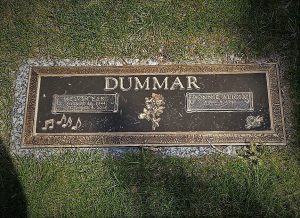 Melvin Dummar who claimed he gave Howard Hughes a ride on a Nevada road passed away in 2018 and is interned in the Evergreen Cemetery in Ogden.

In 1980, the motion picture Melvin and Howard won an Academy Award for depicting Dummar as a rag-to-riches guy down on his luck and inherited the Hughes fortune.

Dummar died from cancer which he fought for a decade before his passing in 2018 in Pahrump, NV where he was living at the time. He interned in the Evergreen Cemetery at Ogden.

The old Willard gas station turned car lot is still there and once the connection is made it is a landmark with an incredible story.

Highs of 108 expected in national parks this week