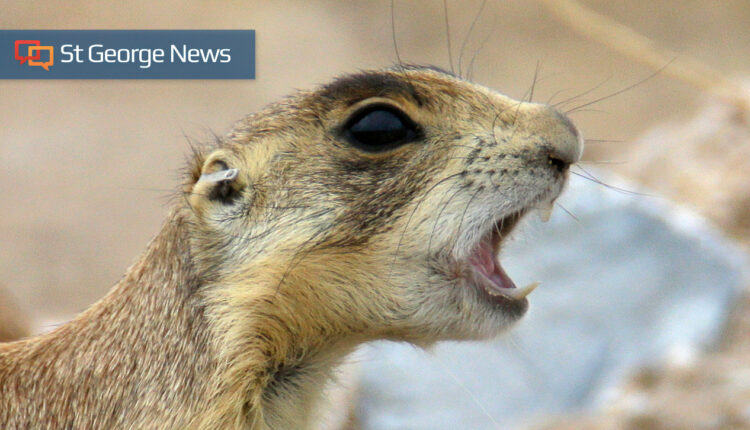 In this Aug. 6, 2015 file photo for illustration purposes only, a prairie dog barks at it’s new colony after being trucked some 25 miles away from Cedar City, Utah | Associated Press file photo by Rick Bowmer, St George News

ST. GEORGE – The Utah Division of Wildlife Resources is recommending a few updates to the rules regarding Utah prairie dogs – which would go into effect if they are delisted under the Endangered Species Act – as well as a few changes to bear hunting and furbearer seasons.

According to a press release issued this week, the Division is seeking the public’s feedback on the proposals.

The Utah prairie dog has been listed under the Endangered Species Act since 1973. Several things contributed to the decline of the species, but unregulated poisoning was the primary threat. Utah has three species of prairie dogs, but the Utah prairie dogs are only found in the southwestern part of the state. Extensive research, monitoring and conservation efforts by federal and state agencies and others have been in effect since 1973 to help the species recover.

In addition to other conservation efforts, the DWR does monitoring each spring to determine the population of Utah prairie dogs in Washington, Iron and Kane counties. Over each of the past three years, Utah prairie dog populations were nearly 3 times the number counted in 1971.

The DWR will continue to manage prairie dogs under the Utah Prairie Dog Conservation Strategy, which will be in place for the foreseeable future with periodic reviews.

“The plan will continue to manage the population through ongoing monitoring, while also helping to address concerns and conflicts with private landowners due to possible damage,” DWR Mammal Conservation Coordinator Kim Hersey said in the news release.

Hersey said they are proposing to make a few changes to the current rule regarding the removal of prairie dogs in situations where there are conflicts, while still maintaining a healthy population and ongoing conservation efforts.

“These changes would go into effect if the Utah prairie dog is delisted, and would allow for regulated control for prairie dogs that are causing damage for private landowners,” Hersey said. “We would distribute agricultural control permits through a tiered system and would allow prairie dog removal for human health and safety.

Some of those ongoing conservation efforts will include:

“Working with federal, local and nonprofit partners, we feel secure that the future for the Utah prairie dog continues to be bright,” Hersey added. 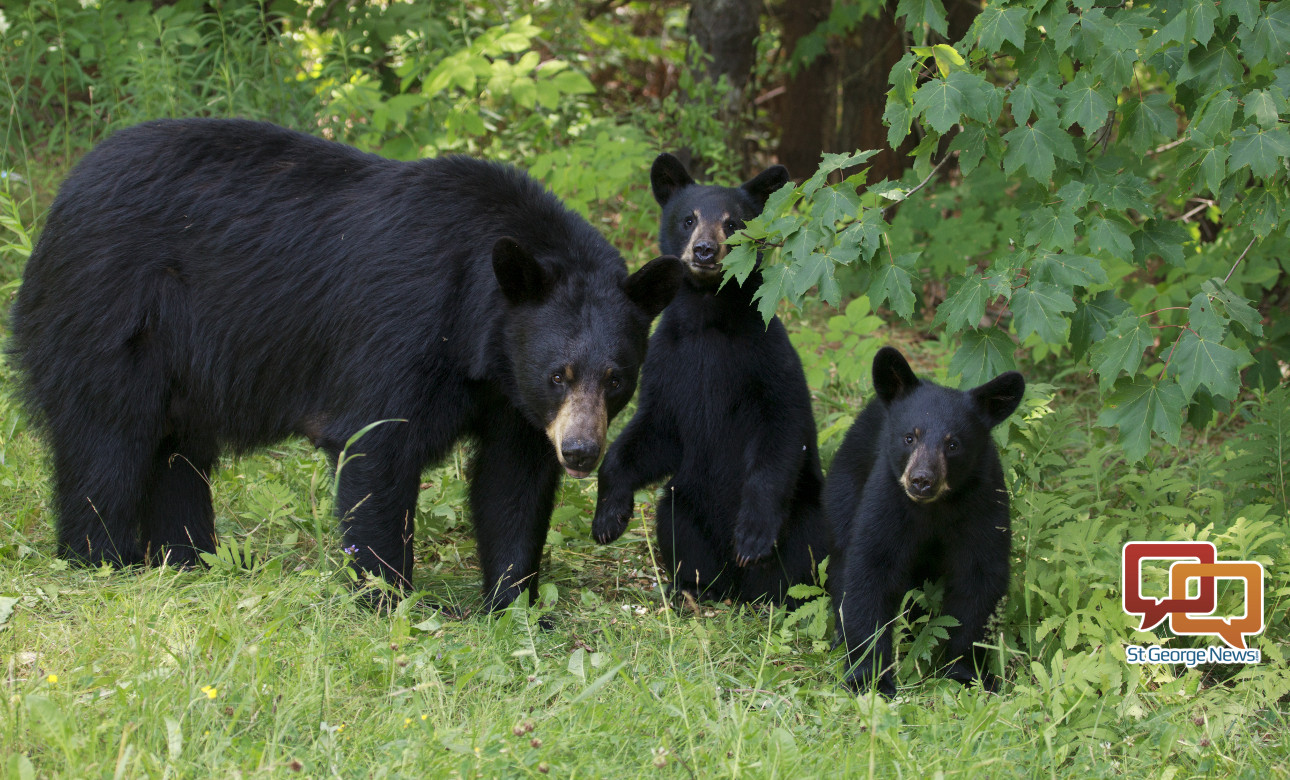 2023 will begin the second year of a three-year recommendation cycle for black bear hunting. As a result, the DWR is not currently recommending any changes to permit numbers or harvest objectives for black bears. However, the Utah Black Bear Management Plan will expire next year, so the DWR put together a committee of various stakeholders and organizations to help make recommendations to update the management plan.

A few changes to the black bear management plan were proposed, including giving the district biologist more flexibility to take into account bear populations on surrounding hunting units.

The DWR is also recommending some rule changes regarding bear hunting, including:

The DWR is also proposing a few changes to the season dates for using hounds for hunting bears and season dates for using bait. The DWR is proposing to eliminate the fall bait seasons so they don’t overlap with hound seasons, as it’s illegal to use both bait and hounds on a bear hunt. The only season that would allow bait would be the spring season, which runs from May 30 to June 30, 2023.

The DWR is also proposing to keep the bobcat permit numbers and season dates the same in 2022-23 as they were this year — allowing six permits per individual, no total permit cap, and the season running from Nov. 16, 2023 through March 1 , 2024.

The proposed season dates for the other furbearer species are:

The DWR is also recommending that a few areas be closed to beaver trapping to help facilitate some beaver introductions in the areas to help with habitat projects: Three Mile Creek (Garfield County) and Reservoir Canyon (Washington County).

The public comment period opened on Oct. 25 for each of the five Regional Advisory Council meetings and for the Utah Wildlife Board meeting. Public comments submitted within the online comment timeframes listed below will be shared with the RAC and wildlife board members at each respective meeting.

Members of the public can choose to either watch the meetings online or attend them in person. If you wish to comment during the meeting, you should attend in person — online comments will only be accepted until the deadlines listed below.

The meetings will be held on the following dates and times: