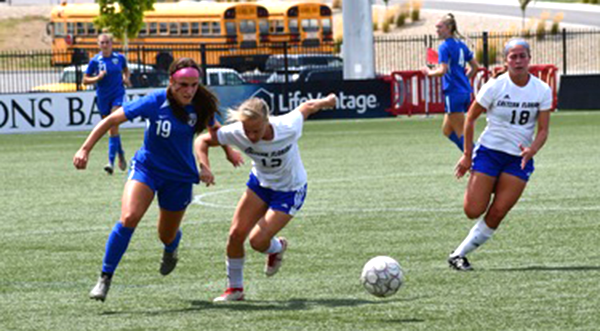 The game lived up to the bill as two of the top three teams in the country as both defenses kept the offenses at bay throughout the game.

It looked like Salt Lake City CC could take an early lead after an Anna Pinegar shot, but goalkeeper Marcelle Thedinga parried with a great save just two minutes and 28 seconds into the fight to keep the game goalless.

It would be the first of some great saves by the second goalkeeper, ending with five saves and the first goal of the season.

The Titans had some good looks in the first half, but Bruins goalkeeper Taegan Frandsen parried both shots.

The Titan’s defense had a stellar day with Jessica DeBiasse, Marthe Taugbol, Sofie Sorum and Kirsty Woodacre playing big games to end the runs of the country’s top teams.

The second half seemed like the first, as both teams had the same number of shots. The Titans seemed to have better chances on the line, but the Bruins defense was up to the task.

The Titans finish the weekend 0-1-1 in Utah and return home to play Southwestern Illinois College at 6pm at Orlando Health Stadium on the Melbourne campus in a few scrimmages before the home opener on September 3.

CLICK HERE FOR THE LATEST NEWS FROM BREVARD COUNTY

Unitek is helping transform the workforce in Boise, Idaho