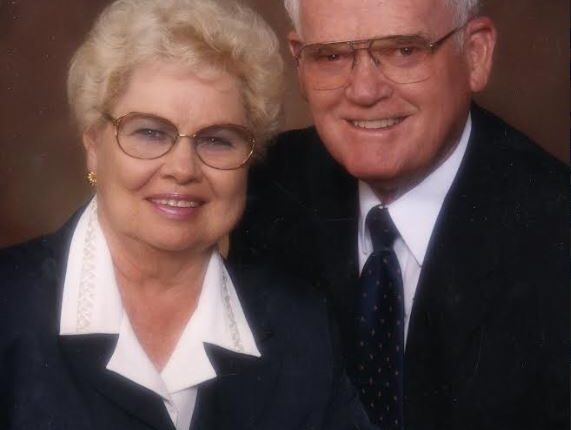 Our dear mother, grandmother, sister, aunt, and friend, Elaine Howlett Puckett, 93, returned home to her loving Heavenly Father on Sunday, January 1, 2023. She was born on October 18, 1929, to Ernest Golden Howlett and Ada Smith .

Elaine married the love of her life, George Calvin Puckett, in 1950 for time and all eternity in the Salt Lake City Temple. They were married for 62 wonderful years. Sadly, George passed away in 2013.

Elaine is a member of The Church of Jesus Christ of Latter-day Saints where she served twice as a Relief Society President, served 3 missions with her husband: Hawaii (twice) and Vienna, Austria; she was a teacher to people all over the world.

She participated in the Daughters of Utah Pioneers, Civil Defense, CERT, and Companions Club.

Elaine enjoyed music, art, LDS history, gardening, cooking, sewing, Musettes Women’s Chorus, she played the piano since age 5 (including LDS Services at the Utah State Prisonäas a teenager), played the viola in the BYU orchestra, sang in BYU’s A cappella, and also played the organ.

She lived in Tonga in the 1970’s for the LDS Church Schools that her husband was superintendent of.

The family would like to give a special thanks to John M. Johnson, son-in-law, Teresa Joan Johnson, daughter, and Clair Anderson.

Condolences to the family may be expressed at www.myers-mortuary.com.

Utah Sen. Karen Mayne to retire due to health concerns