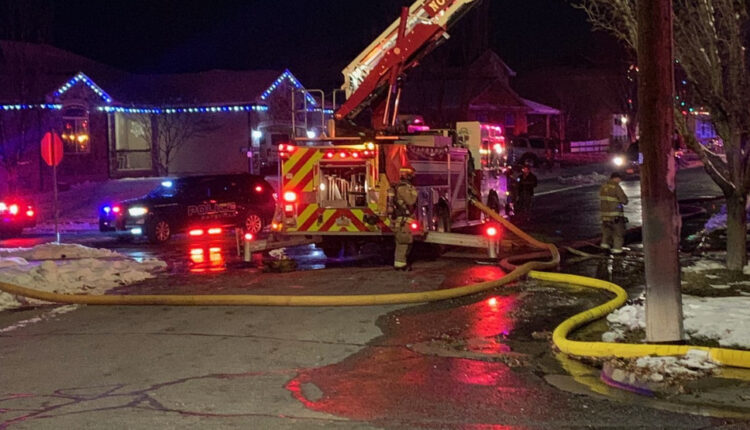 A family was evicted after firefighters put out a fire in a building in Kaysville Sunday.

Officials said the Red Cross had been notified to help the family.

They said early reports said the back of the house was “completely engulfed” and that the fire had penetrated the attic.

At 6:45 p.m., the Kaysville Fire Department posted on social media that the house was fully involved and the roof had collapsed. Additional units responded from the North Davis Fire District and Hill AFB Fire & Emergency Services.

Officials gave another update at 7:30 p.m. saying that fire control had been reached.