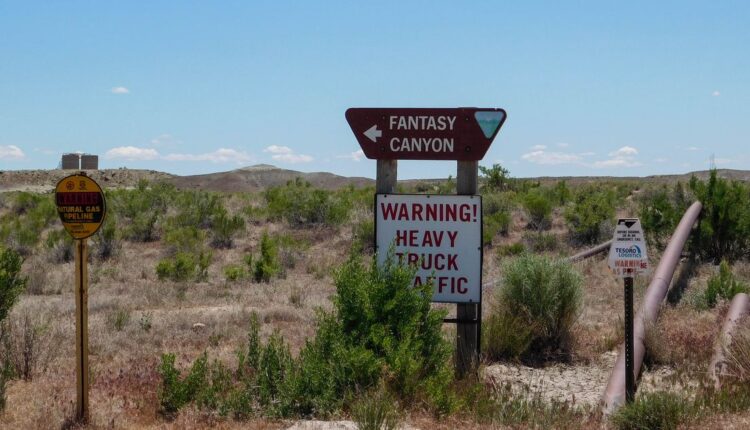 Fatal shooting of a child in Uintah county

(Erin Alberty | Tribune file photo) A child was killed and a woman was injured in a shooting in Fantasy Canyon in Uintah County on Monday. Drilling warnings surround the Fantasy Canyon sign south of Vernal. Photo taken on May 28, 2017.

The Uintah District Attorney has charged a woman with the fatal shooting of her two-year-old son.

Valerie Peck from Vernal has been charged with child molestation and first degree murder.

The Uintah County Sheriff’s Office said on a prosecution document that officers found Peck and the child in the Fantasy Canyon area, south of Vernal, Uintah County on Monday after receiving a call reporting a shooting.

The child was dead and Peck was injured when the police arrived. She received medical attention on site before she was taken to a hospital. The sheriff’s office originally said the child was 3 years old, but later reported the child’s age as 2.

On Tuesday evening, the sheriff’s office announced that Peck had been arrested and jailed. MPs investigating the shooting found she was taking her son on a trip to Dry Fork Canyon, according to a press release.

After spending time at a campsite, she put the child in the back of her vehicle and shot him and then herself, police said. Peck then drove through Uintah County for several hours until she landed in the Fantasy Canyon area where police found her.

She was charged on Friday.