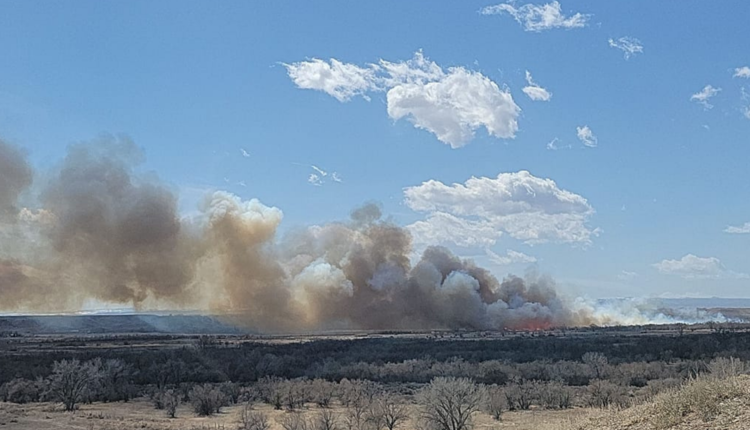 Utah Fire Info also reports that ten structures are currently at risk, including the oil and electricity infrastructure. At the time of publication, they had not yet determined which oil and power structures could be threatened.

Both fires are believed to have been caused by humans, according to Mike Eriksson of the Utah Division of Forestry, Fire and State Lands. As of 6 p.m. on Monday, there was still no estimate of when the fires would be contained.

The East Myton fire is reportedly burning on Ouray Ute sovereign land in Duchesne County. This fire burned more than 200 hectares and threatened structures, according to officials.

At the time of publication, there was no information about which structures were threatened and the fire had a 10% containment.

The North River Fire began in Duchesne County and then moved east along a river to Uintah County, where it now burns in an area that Eriksson called “Tribal Land”. According to the officials, this fire burned between 50 and 60 hectares.

The County Duchesne #EastMyton fire covers over 200 acres and is 10% contained. Structures threatened. 3 tribal and 1 private houses were evacuated. The fuel type is mugwort and grass. 40 km / h wind. The fire in #Northriver is 50-60 acres. Both human-caused fires are being investigated

State Forestry and Fire Commander Nathan Robinson told KSL that this fire began on Sunday and was contained on 21 acres. But strong winds on Monday fanned the flames and the fire lit again.

Several agencies involved in the response

Several agencies responded to these early season fires, including Uintah and Duchesne counties, the Bureau of Land Management, the Bureau of Indian Affairs, and the Utah state authorities.

This story is ongoing and will be updated as new information becomes available.

Etching the Pain of Covid Into the Flesh of Survivors

Holiday road closures and delays in Utah, plan ahead