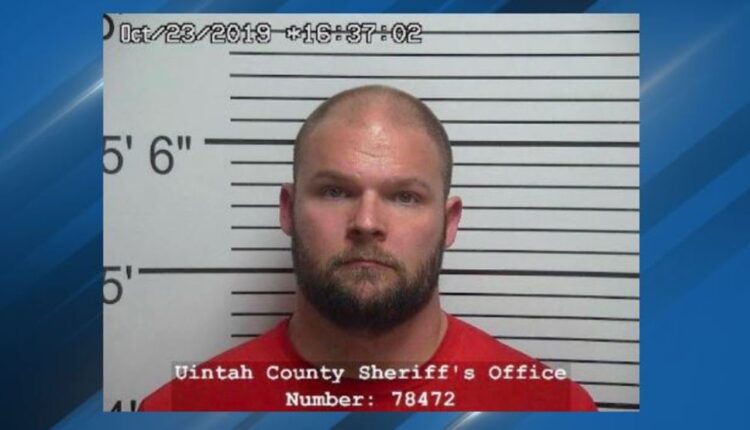 A former Uintah High School teacher was arrested Wednesday after being accused in 2016 of engaging in “sexual activities” with a student, a press release said.

Rodd Repsher, 33, has been sent to Uintah County Jail on six incidents of unlawful sexual activity with a 16- or 17-year-old.

On October 11, 2016, a teacher reported seeing Repsher alone in his classroom with a 16-year-old student. The teacher said Repsher was “pressed against the girl” while she was sitting on a counter with her legs apart.

Repsher reportedly told his colleague that he had feelings for the student, kissed her, and that they planned to be together after graduation, according to a press release.

Repsher’s colleague reported the incident and the information was forwarded to the Uintah County Sheriff’s office.

On the same day, Repsher was put on administrative leave. His employment relationship was later terminated and his conduct reported to the Utah Professional Practices Advisory Committee, a press release said. The 33-year-old has been teaching at the school since August 2012.

The student was interviewed but “gave no information,” the sheriff’s office wrote on its Facebook page.

Based on the information available at the time, Repsher was not charged.

The classmate said the girl spoke to her about her relationship with Repsher on July 2, 2016. Four days later, the teenagers went to Repsher’s house, where the classmate saw the 16-year-old and the teacher kissing several times. The teenager told her friend that the couple was planning to move in together in another state. Repsher mentioned that he left his girlfriend.

The classmate added that whenever girls “needed comfort” at school, Repsher “kissed them on the cheek and slapped them on the buttocks in his classroom,” the sheriff’s office reported.

When contacted by law enforcement, the now-adult student revealed her sexual relationship with Repsher and admitted to having had sexual activities with Rephser on multiple occasions as a teenager.

She said the encounters took place at school, Repsher’s house, and a local shop where Repsher also worked.