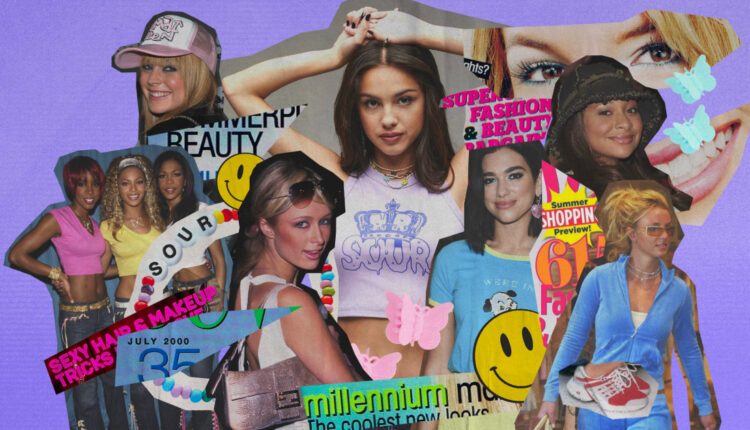 It’s part of a rising trend in Y2K fashion and Generation Z’s so-called “Nowstalgia”, reliving the fashion trends of the early 2000s that were too young to see or remember for the first time.

“I think there’s this resurgence of what was so cool in the 2000s … now that it’s back, you want to infuse it with today’s pop culture,” said Lisa Sahakian, CEO and Founder of Ian Charms.

It’s not just pearl necklaces that are back in fashion. Iconic fashion trends of the early 2000s like bucket hats, low-rise jeans, and babydoll t-shirts are enjoying a resurgence among younger consumers. This vintage renaissance has also led to an explosion in thrift among Gen Z and a surge in websites selling used clothing like Depop and Poshmark.

The used clothing frenzy is starting to manifest itself in brick and mortar stores, and in Manhattan’s Lower East Side two thrift stores, Bowery Showroom and Rogue, have opened a corner of Stanton Street because of the app’s role in the rise of that gene -Z trends.

“In 2018, I decided on a whim to post on Depop. I found these vintage Skechers … I knew someone would love them. And within an hour of posting it, people were arguing over it. At that moment something like a switch went off and I thought, ‘Okay, I have something here,’ ”said Emma Rogue, 25, who owns Rogue.

Depop, where Rogue says their journey to becoming a vintage seller began, was a bastion of thrift among Generation Z. The site has more than 30 million users, 90 percent of whom are under 26, according to the platform. To date, Depop sellers have sold more than a billion dollars worth of vintage goods.

Rogue became a sensation on TikTok, showing frugal Y2K items in the app she was selling on her Depop. Last year, she said a video of her packaging an order from Depop went viral overnight with over a million views of this post. Their following on the platform exploded to more than 100,000.

At that point, she decided to move her business offline and into a real store.