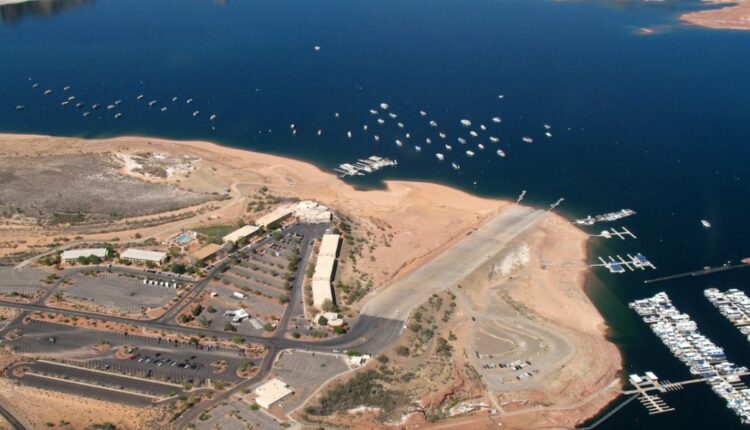 Group calls plan to raise Lake Powell as a “plaster”

The Bureau of Reclamation is taking immediate action to keep Lake Powell from falling to a critical low. The emergency operations require the release of water from three reservoirs, including Flaming Gorge, to give Lake Powell a little boost.

But the Save The Colorado group is calling the plan a “band-aid” and saying it won’t be enough to save Lake Powell.

This year pictures showed the situation at Lake Powell. Low levels revealed boat wrecks and tent sites that were previously under water. Boat ramps had to close.

Figures recently released by the Bureau of Reclamation paint the same picture in numbers.

“The operational plan for the 24-month study for the reservoirs of the Colorado River System from July 2021 (24-month study from July) shows that the projected unregulated inflow volume of the Lake Powell water year 2021 in the six-month period between January July 2021”, The Bureau stated in a press release: “The current forecast for WY2021 is 3.23 maf (30% of the average).”

Five-year projections, also just released, show that there is a 79 percent chance that Lake Powell will drop below the target altitude of 3,525 feet. This elevation is in place, stated the Bureau of Reclamation, to allow for a 35 foot buffer above the minimum elevation of 3,490 feet.

This minimum level, stated the Bureau of Reclamation, is in place to protect the Glen Canyon Dam infrastructure and “to meet current operational obligations to the Lower Basin States of Arizona, California and Nevada.”

“The plan to save the hydropower at Glen Canyon Dam now is to draw water from Flaming Gorge, Blue Mesa, Colorado, and Navajo Reservoir, New Mexico,” said Gary Wockner, director of Save The Colorado .

According to figures from the Bureau of Reclamation, 69 percent of this water will come from the Flaming Gorge. Blue Mesa will supply 19 percent and Navajo Reservoir will supply 11 percent.

This water is expected to raise the height of Lake Powell by one meter.

“That doesn’t really fix anything,” said Wockner. “It doesn’t create any new water at all. It just moves the water around. So it’s a very temporary way of addressing the problem. It’s a patch.”

Save The Colorado, along with the Center for Biological Diversity and Living Rivers, filed a lawsuit in 2019 regarding climate change and the Glen Canyon Dam. The lawsuit alleges that the federal government ignored the science of climate change in its drought contingency plan and also failed to comply with the National Environmental Policy Act.

“This year the flows are even 50 percent lower than what we were suing,” explains Wockner.

The lawsuit, which Wockner said is still pending in Federal District Court in Prescott, Arizona, calls on the Home Office and the Bureau of Reclamation to replay an alternative analysis.

“Everything that climate scientists have predicted could happen, seems to be happening,” said Wockner. “And the Bureau of Reclamation Department of Interior didn’t plan how they would manage this dam.

READ: Boat ramps closed or restricted across Utah due to drought

In its latest press release, the Bureau of Reclamation stated that the Colorado River Basin agency and states “continue to work cooperatively to closely monitor forecasts and conditions and stand ready to take additional action in accordance with DROA [Drought Response Operations Agreement]. “

Wockner and Save The Colorado argue that there are additional measures that can be taken – like the complete abolition of the Glen Canyon Dam.

“The Glen Canyon Dam is almost primarily a hydroelectric power station, and there are many other ways to generate electricity instead of using the water from the Colorado River,” said Wockner.

The complaint said it will continue to work to reduce the collective risk of both Lake Powell and Lake Mead falling to critical heights, “and will continue to work with companies in the Colorado River Basin to ensure that both facilities the natural, communal and agricultural needs of the basin continue to function as approved. “

Sacred Heart is given a warm welcome after the state appearance