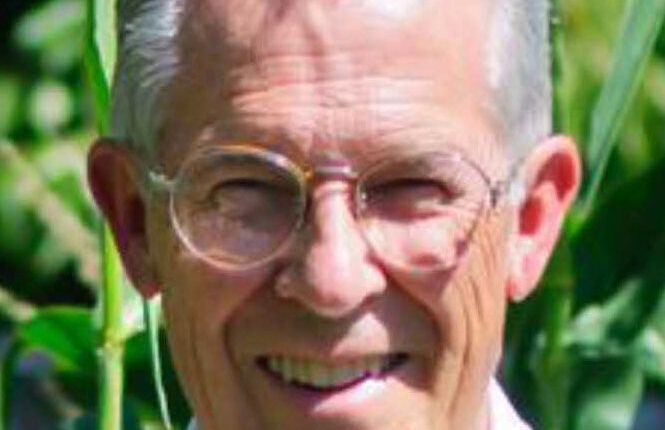 Electric aircraft are being rapidly developed in the US, Germany, France, Slovenia, Japan, China and elsewhere, creating excitement not seen since the Wright brothers flew at Kitty Hawk.

Start-up companies are racing to develop electric airplanes, backed by major firms. PBS’s “Nova” has made a fascinating documentary on this, “The Great Electric Airplane Race.”

Airbus is developing several different electric passenger planes for mid-range markets. United Airlines has agreed to purchase up to 200 planes for regional use from Swedish electric airplane manufacturer Heart Aerospace. Norway will only allow electric aircraft for in-country flights beginning in 2040.

Hawaiian Airlines has partnered with a Boston company named Regent to acquire electric planes that could carry 100 passengers each for inter-island travel.

Beta Technologies in Vermont has flown an electric plane with a range of 133 miles, inspiring United Parcel Service to order 10 of them for 2024.

Toyota is investing heavily in Joby Aviation of Santa Cruz, California, determined to be among the first to provide electric flying taxis that can take off and land vertically. Unsurprisingly, Uber has also partnered with Joby Aviation for the same purpose.

Races are being held to test the capabilities of this new technology. A 1,000 mile race from Omaha, Nebraska, to Kitty Hawk, North Carolina, will be held in May 2023 over four days.

First is global pollution. Most contemporary aircraft run on a fossil fuel similar to kerosene, and airplanes cause roughly 2.4% of the worldwide greenhouse gasses blamed for climate change. That number will worsen because air travel is now increasing rapidly.

In addition to that global impact, aircraft cause serious local problems. Research has long shown that areas up to 10 miles from busy airports are heavily polluted with ultra-fine dangerous particles to the health of local residents. This adds to the pollution that many western cities suffer from summer fires and winter inversions.

Another problem that electric aircraft could reduce is noise. The Canadian government reports that “Jet aircraft are one of the most disturbing sources of noise in our environment.” The effects of this noise are particularly harmful to children living near airports.

Fuel costs are increasingly worrying for companies using fossil-fuel aircraft. Internal combustion engines (ICEs) use only about 25% of the energy in their increasingly expensive fuel, wasting 75% of it. By contrast, electric aircraft engines use about 90% of the energy supplied to them.

Finally, electric engines, whether in aircraft or other vehicles, are far simpler to maintain. A US government report recently confirmed that electric cars are cheaper to care for than ICE vehicles. The same is true for electric aircraft, whose maintenance costs may only be a fifth of what legacy airplanes require.

RESEARCH AND DEVELOPMENT ON ELECTRIC AIRCRAFT

None of the above negates the significant challenges facing electric aircraft developers. Among these challenges for electric aircraft are far less range and total power than that provided for an ICE plane by a tankful of fossil fuel. Electric engines are incredibly efficient, but batteries to power them are heavy and do not store comparable amounts of energy.

Discussion of the above is beyond the scope of this report, but incredible progress is being made in all five areas. This has led to huge investments and big firms’ commitments to purchase electric aircraft in the next few years.

As mentioned above, regional flights will be some of the first applications of electric aircraft.

Salt Lake City International Airport has many regional flights shorter than 375 miles, including ones to Las Vegas, Denver and Boise.

Electric aircraft could reduce pollution and noise for nearby residents and the abundant wildlife on Utah Lake.

Airports in many places are installing infrastructure for electric aircraft and ground-support vehicles.

Perhaps Utah airport managers should consider what they could do to accommodate electric aircraft, and electric companies could consider special rates to encourage their use.

Don Jarvis is a Provo environmental volunteer and a retired BYU professor.