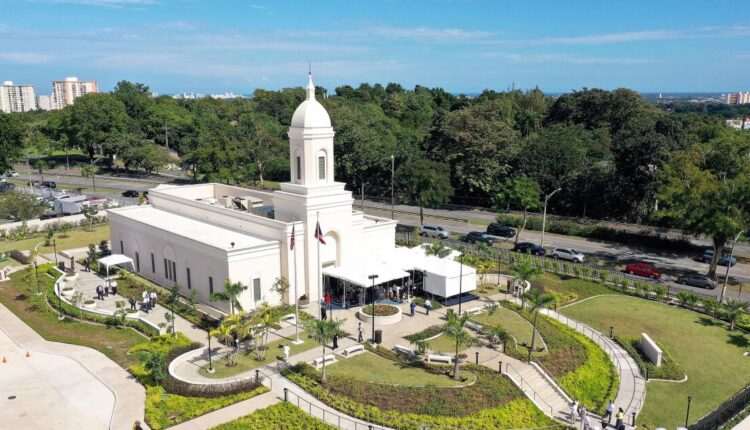 In case you missed it: President Nelson speaks at Sister Hales’ funeral

During the week of Jan. 15 to Jan. 21, President M. Russell Ballard spoke at the funeral of Sister Mary Hales, wife of the late Elder Robert D. Hales. Elder D. Todd Christofferson of the Quorum of the Twelve Apostles dedicated the San Juan Puerto Rico Temple, blessing Puerto Rico’s people and leaders in the dedicatory prayer.

Elder Christofferson later spoke at an MTC devotional, testing to missionaries of the Book of Mormon and its capacity to convert. At a BYU devotional, Elder Neil L. Andersen of the Quorum of the Twelve Apostles shared six ways to strengthen faith in Christ. Elder Gerrit W. Gong of the Quorum of the Twelve Apostles and his wife, Sister Susan Gong, will be the featured keynote speakers at RootsTech 2023 Family Discovery Day and for the first time, RootsTech will feature 15 “emcees.”

Read summaries of these nine articles below.

The casket for Sister Mary Hales, the wife of the late Elder Robert D. Hales of the Quorum of the Twelve Apostles, is moved from the church during funeral proceedings in North Salt Lake on Saturday, Jan. 21, 2023.

The Acting President of the Quorum of the Twelve Apostles shared some of his memories of Sister Hales and her late husband, Elder Robert D. Hales.

“The contributions that Robert and Mary Hales made to the kingdom of God are very hard to contain in a few words,” President Ballard said. Elder D. Todd Christofferson of the Quorum of the Twelve Apostles shakes hands with people between sessions of the San Juan Puerto Rico Temple dedication in San Juan, Puerto Rico, on Sunday, Jan. 15, 2023.

“The temple will bless this island,” he said. “It has had a lot of challenges in recent years, natural disasters and other kinds of difficulties that have been serious and caused a lot of destruction. It will make a difference.”

3. The Book of Mormon is ‘the ultimate tool’ for missionaries, says Elder Christofferson at MTC devotional Elder D. Todd Christofferson, of the Quorum of the Twelve Apostles, holds up a Book of Mormon while speaking during a devotional at the Provo Missionary Training Center in Provo, Utah, on Tuesday, Jan. 17, 2023. 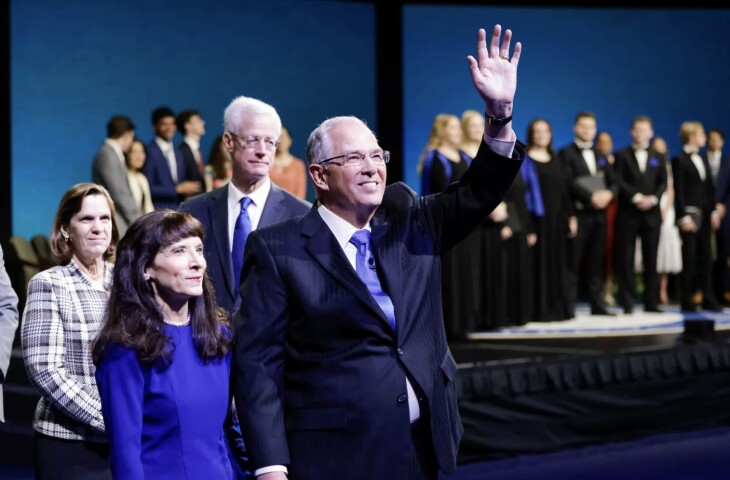 Elder Neil L. Andersen of the Quorum of the Twelve Apostles and his wife, Sister Kathy Andersen, wave to students gathered at the Marriott Center in Provo, Utah, for the weekly campus devotional on Tuesday, Jan. 17, 2023.

Speaking from his own experience, Elder Andersen shared six ways individuals can strengthen their faith in Jesus Christ throughout their lives. Seated on the stage with Elder Andersen during the devotional were his wife, Sister Kathy Andersen, and several BYU students who contributed personal examples and testimonies of principles discussed throughout his address. Elder Gerrit W. Gong, newly sustained as a member of the Quorum of the Twelve Apostles, and his wife, Sister Susan Gong, in Salt Lake City on Friday, April 6, 2018.

For the first time, RootsTech 2023 will feature 15 “emcees,” who will be similar to sideline reporters and will each represent a different part of the world, speak the native language, give their audience a familiar face and guide and provide more localized content during the global event on RootsTech.org.

6. President Cordon to BYU–Idaho students: The Lord ‘is eager to guide us if we will trust Him’ President Cordon taught BYU–Idaho students and staff in the college’s second devotional of the winter 2023 semester on Tuesday, Jan. 17. She spoke about commending oneself to the Lord and following His divine direction to reach full potential. In honor of Martin Luther King Jr. Day on Monday, Jan. 16, Sister Yee and Sister Browning participated in a drive-thru food drive in St. Louis, Missouri. Some 2,000 boxes of canned goods and nonperishable items were distributed. 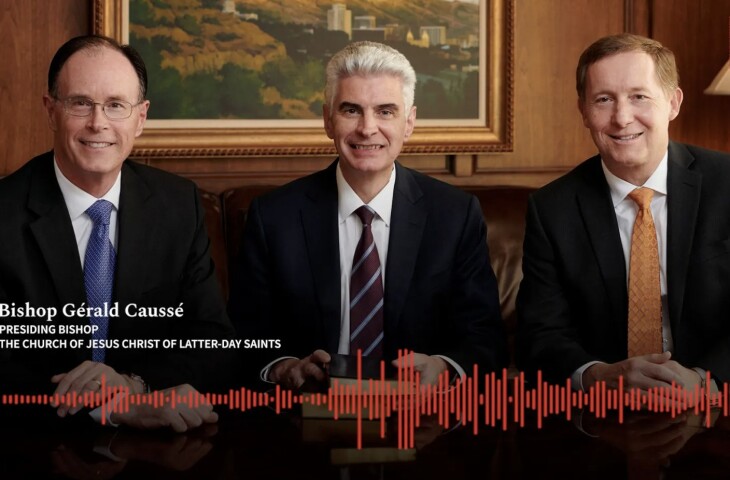 Presiding Bishop Gérald Caussé, center, and his counselors Bishop W. Christopher Waddell, left, and Bishop L. Todd Budge, right, join episode 119 of the Church News podcast and answer the question: “What does the Presiding Bishopric do?”

9. Ten years of working together to bless children and families around the world As the president and CEO of UNICEF USA visited the Humanitarian Center and Welfare Square in Salt Lake City for the first time, he was amazed.

“I’m literally blown away by everything we’ve seen,” Michael Nyenhuis said. “I’m blown away by the scale and the breadth of all of it.”

Nyenhuis and others from UNICEF USA were hosted by senior Church leaders and the Church’s Welfare and Self-Reliance Services Department on Jan. 12, reported ChurchofJesusChrist.org.