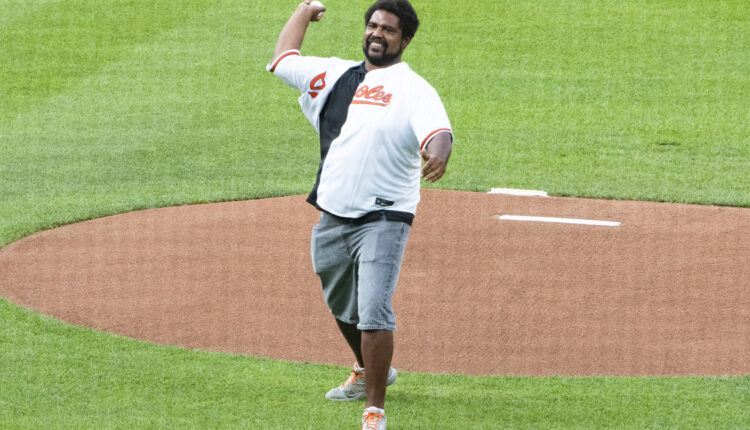 The Baltimore Ravens have seen many of their current and former players take the honor of finishing first in a game in the Baltimore Orioles. From Ed Reed to Lamar Jackson to Rashod Bateman and more, many Baltimore greats and rookies have opened a baseball game in style at historic Camden Yards.

On Tuesday night, former Ravens offensive lineman Jonathan Ogden took the hill to take first place before a game between the Orioles and the Toronto Blue Jays. Ogden smiled after delivering his pitch.

Both Baltimore teams have a very good relationship with each other as demonstrated by the crossover events, the interaction between their social accounts, the mutual support and much more. The tradition of Ravens players throwing first place at Orioles games goes back a long way, and Ogden is the latest of many Baltimore football players to stand in front of the Camden Yards people and deliver a ball to home plate .