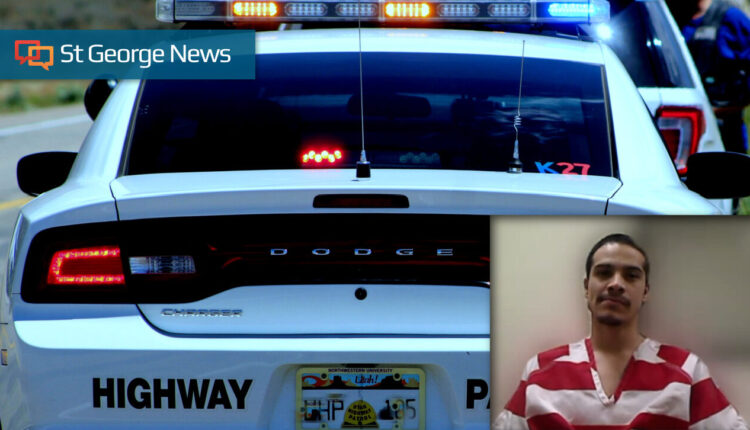 ST. GEORGE – A suspect recently appeared for sentencing on felony distribution of a controlled substance following a traffic stop on Interstate 15 near Toquerville in February when troopers recovered 3 pounds of methamphetamine.

Prior to handing down the sentence, District Judge Jeffrey Wilcox addressed the defendant by going over the statements Alcazar made during the present investigation regarding his desire to make “fast money,” which can, and did, result in serious consequences.

These are difficult lessons to learn at such a young age; nevertheless, he said, the defendant pleaded guilty to a second-degree felony, a charge that alone could send him to prison for 1-15 years in prison, and the third-degree felony could have resulted in a 0-5-year prison sentence.

“Those are serious consequences,” Wilcox said.

He then sentenced Alcazar to 120 days in the county jail with credit for the 71 days he already has served. The judge placed the defendant on 36-month bench probation upon his release, and the defendant was ordered to pay a fine of $1,140.

The judge said he expected Alcazar would be turned over to immigration authorities once he is released from jail.

Under the terms of the plea agreement, two charges were dismissed, including one of the firearms charges as well as possession of paraphernalia charges.

When a K-9 was deployed around the vehicle, the animal reacted to the possible presence of narcotics. Troopers recovered 3 pounds of meth and two firearms during a search of the car.

Franco remained in jail until his hearing April 13 when he was sentenced to time served and released from jail on second-degree felony possession with intent to distribute a controlled substance charge. He pleaded guilty on April 5.

Franco also was ordered to pay a $1,500 fine and placed on bench probation for 36 months. Franco served 66 days in jail and the three remaining charges, two firearms charges and the paraphernalia charge were dismissed in the case. 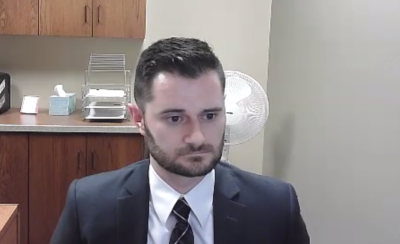 During the sentencing hearing held April 13, Alcazar’s defense attorney, Larry Meyers, said the only concern he had pertained to the recommendation of a 120-day jail sentence outlined in the presentence report that was submitted to the court prior to the hearing.

Meyers said it would make more sense to sentence his client to credit for time served, which was 71 days on the day of the hearing, and once released, the attorney said, his client would be turned over to US Customs and Immigration and they could “Take it from there.”

The attorney closed by saying his client’s release into customs authority would not only benefit the taxpayer but also the county jail.

Alcazar also made a statement before the court, saying he knew he made a mistake.

“If I am given an opportunity, I will change,” he said.

Prosecutor Tyler Bonzo addressed the court by saying the state’s position was that Alcazar should serve the 120 days in jail as recommended in the presentence report. He also said the defendant’s request to be deported was something he found “concerning” and a possible attempt to avoid punishment.

Bonzo said Alcazar posed a danger to the community, referring back to the 3 pounds of meth and illegally-owned guns, and overall that he “is deserving of additional jail time.”

During Meyers’ redirect, he said the 120-day recommendation was “somewhat of a judgment call,” and the report did not state the sentence was a requirement. While the offense was serious, the punishment his client has already received is sufficient, he said, adding his client’s perception of his outcome once he is in the custody of immigration “should not be a factor.” 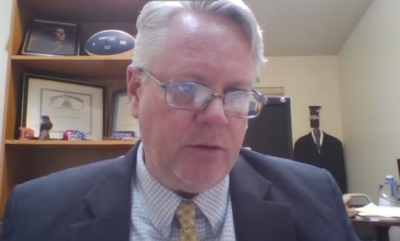 “And he may wish he was back here at our county jail,” Meyers said in reference to the prosecutor’s comments regarding his client’s request for deportation.

This report is based on statements from court records, police or other responders and may not contain the full scope of findings. Persons arrested or charged are presumed innocent until found guilty in a court of law or as otherwise decided by a trier-of-fact.

Cody Blowers was raised in South San Francisco, California. A 2013 graduate from Colorado Technical University, Cody earned her bachelor’s degree in criminal justice with a minor in paralegal studies. Through the course of her academic studies she discovered that writing is her true passion, and she is committed to providing credible, integrated news coverage. Cody joined St George News in 2015, and when she’s not busy chasing the news, she can generally be found chasing her young granddaughter, Kali.