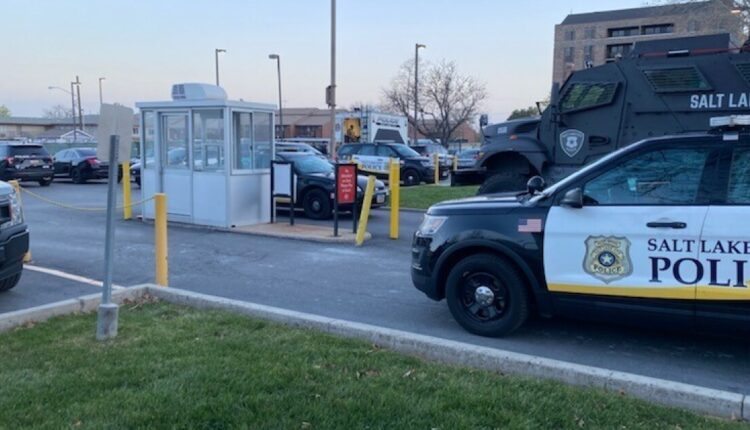 SALT LAKE CITY — One man is in custody after assaulting and kidnapping a woman at a Salt Lake City Club.

According to an official press release from the Salt Lake City police department, the investigation began just before 2:00 am, when dispatched received a call stating that a 23-year-old man had assaulted and then kidnapped a woman at a club located in the area of ​​140 West Pierpont Ave.

Officers were then able to locate the man’s vehicle at an apartment complex near 180 North West Temple.

After containing the area, they made attempted to contact the man and woman for over an hour with no response. SLCPD Swat and crisis negotiators were then called to the scene.

The man eventually surrendered, and was safely taken into custody just before 7:00 am

The woman, who also had a young child with her, also exited the apartment complex and was transported to an area hospital with minor injuries. The child was unharmed.

A preliminary investigation found that both the man and woman had been involved in a romantic relationships. Detectives with the department’s domestic violence squad are now investigating the incident.

The identity of the suspect has not been released, pending booking into the Salt Lake County Jail.

If you or someone you know is experiencing domestic or intimate partner violence, free and confidential help and support for victims and survivors is available 24/7 by phone at 1-800-897-LINK (5465).

You can also get access to helpful resources by visiting udvc.org.

If you or someone else is in immediate danger, or in an emergency, please call 9-1-1 immediately.

Let history be the judge – The Durango Herald