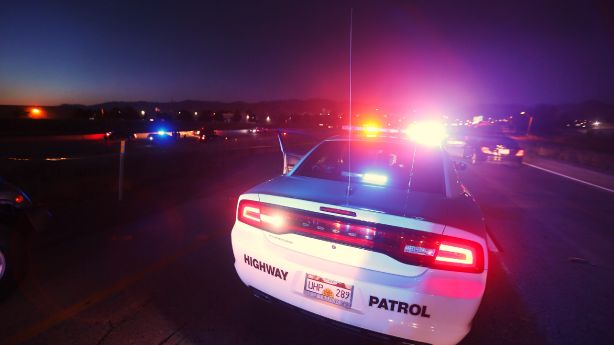 A 65-year-old West Valley man died early Saturday after soldiers said he crashed on I-215, then got into traffic and was hit. (Scott G. Winterton, Deseret News)

SALT LAKE CITY – A West Valley man died Saturday after crashing into a concrete barrier and then walking onto the freeway where he was hit by a delivery truck.

The 65-year-old man was driving a Ford F-150 south on I-215 near 1700 South when it hit the left concrete barrier at around 12:50 p.m. Saturday, said Colton Freckleton, a soldier with the Utah Highway Patrol. The truck slid “far” along the barrier before it came to a stop.

“From there, the driver got out of the truck and hit the road for some reason,” and was hit by a Chevy Express van, Freckleton said. He was pronounced dead at the scene.

Witnesses reported that the driver got into the lane.

Police suspect the driver may have been drunk and alcohol containers were discovered in the truck, he said.

The driver’s identity has not yet been disclosed.