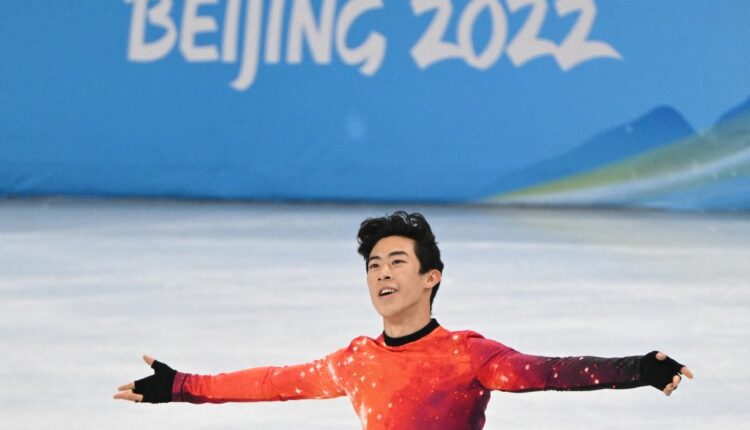 An American figure skater, Nathan Chen is a three-time World Champion (2018, 2019, 2021), a ten-time Grand Prix medalist (8 golds, 1 silver, 1 bronze), and a six-time US national champion (2017 –2022). Chen also helped the US Olympic team win the bronze medal in a 2018 team event and a silver medal in a 2022 team event. In turn, Chen is widely-regarded as one of the greatest figure skaters of all time, carrying one of the highest-winning percentage in skating competitions in the modern era.

Also carrying influence outside of the rink, Nathan Chen was named to the “2020 Forbes 30 Under 30 Sports List” by Forbes Magazine and the “TIME 100 List of the 100 Most Influential People” by TIME Magazine. Earlier this year, he was nominated for an ESPY Award in the “Best Olympian, Men’s Sports” category and one of Harper’s Bazaar’s “2022 Icons.” He serves as an ambassador and spokesperson for numerous brands, regularly popping up in print, television and Internet-based ad campaigns.

On October 18, 2022, I had the pleasure of speaking with Nathan Chen via Zoom, as embedded below. We initially spoke about his on-going partnership with Invisalign, before moving on to some talk about his Utah roots, his career goals and music. More on Chen can be found here, here and here.

Darren Paltrowitz Darren Paltrowitz is a New York resident with over 20 years of entertainment industry experience. He began working around the music business as a teenager, interning for the manager of his then-favorite band Superdrag. Since then, he has worked with a wide array of artists including OK Go, They Might Be Giants, Mike Viola, Tracy Bonham, Loudness, Rachael Yamagata, and Amanda Palmer. Darren’s writing has appeared in dozens of outlets including the New York Daily News, Inquisitr, The Daily Meal, The Hype Magazine, All Music Guide, Guitar World, TheStreet.com, Businessweek, Chicago Tribune, LA Times, and the Jewish Journal. Beyond being “Editor At Large” for The Hype Magazine, Darren is also the host of weekly “Paltrocast With Darren Paltrowitz” series, which airs on dozens on television and digital networks. He has also co-authored 2 published books, 2018’s “Pocket Change: Your Happy Money” (Book Web Publishing) and 2019’s “Good Advice From Professional Wrestling” (6623 Press), and co-hosts the world’s only known podcast about David Lee Roth, “The DLR Cast.”