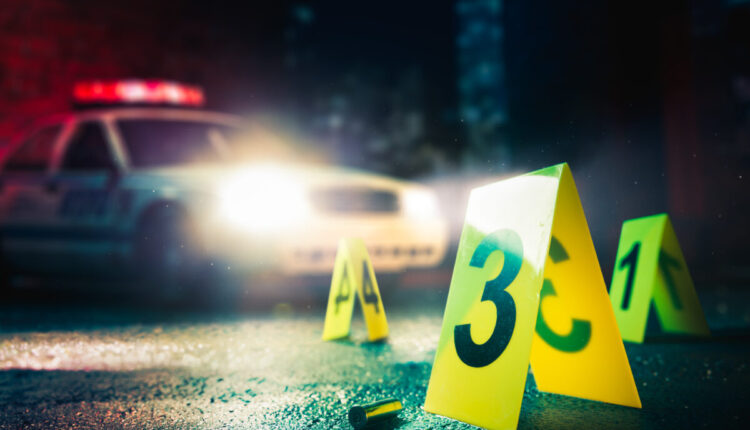 LAYTON — The suspect in an Interstate 15 police shooting Wednesday has been identified as a 28-year-old Provo man who allegedly told police he fired a handgun into the air, not at officers, and did not stop driving “because he wanted to see his mother.”

Two Layton police officers shot at Michael Buttel during a pursuit on the southbound freeway after police heard several gunshots coming from a stolen car driven by Buttel, according to a Layton Police Department probable cause statement.

Buttel was shot in the hip area and complained of an injured shoulder after the chase ended in a crash, the affidavit said. Buttel was hospitalized in Ogden overnight and was booked into the Davis County Jail on Thursday evening on suspicion of 21 criminal charges.

Two Layton officers in the closest pursuing car have been placed on paid leave pending an investigation into the shooting, standard procedure when law enforcement personnel use deadly force. The arrest affidavit said a police detective apparently fired one rifle shot at the fleeing car and a sergeant apparently fired two handgun shots.

No one else was injured in the incident, which began at 6:22 am when an officer went to check a report of a suspicious vehicle. The driver was asleep in the car and when officers woke him up, he allegedly drove off, crashing into two police cruisers and a mailbox. Police blew out the car’s tires with road spikes, but Buttel kept driving, entering the freeway.

A SWAT medic who was in the car with the two officers who fired said he heard six to eight shots fired from the direction of the Buttel car. All the officers believed the shots were being fired at them, according to the arrest affidavit.

Investigators interviewed Buttel in his hospital room on Thursday and he waived his Miranda rights, the affidavit said. Buttel said he drove away from the police because he knew he was wanted on warrants and that he allegedly had stolen the car and a handgun in Centerville. Buttel was out on bail in a case accusing him of possessing methamphetamine and a stolen handgun in Orem on Nov 4.

Buttel told police that he fired into the air Wednesday until he was out of ammunition, hoping officers would stop their pursuit. “Michael admitted he knew police were chasing him, but he didn’t want to stop because he wanted to see his mother,” the affidavit said, adding that Buttel admitted he understood why officers shot at him “and would have thought he was being shot at if he had been in their position.”

Possible charges against Buttel included second-degree felony assault on a peace officer with a dangerous weapon, felony discharge of a firearm, possession of a firearm by a restricted person, failure to stop for police and shooting on or near a road.

Police: Shooter had kids in car with him during road-rage incident on I-15 in Kaysville