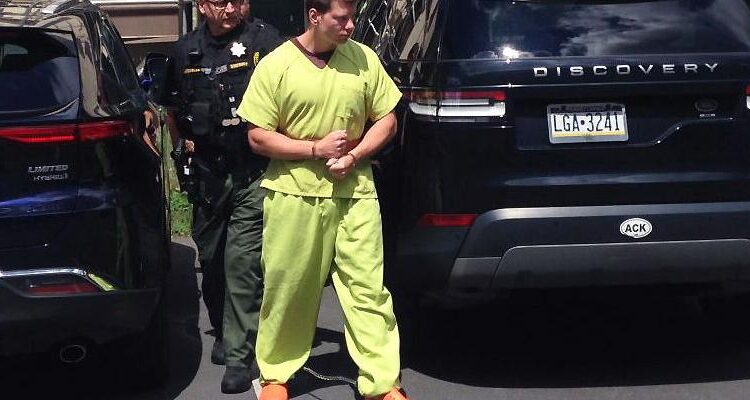 No. 3: Brandon Brown resentenced to 50 years in prison | Local

SUNBURY — The family of 6-year-old Jasmine Stoud, who was murdered in Coal Township more than 20 years ago, had to relive their tragedy throughout 2022 while the Northumberland County Court of Common Pleas heard arguments relating to the resentencing of convicted murder Brandon Brown.

Brown was resentenced to 50 years in prison by Northumberland County President Judge Charles H. Saylor on Aug. 1, meaning he will be eligible for release in approximately 29 more years.

Richards, who broke down crying several times during her emotional victim impact statement, said she believes Brown’s original sentence of life in prison without parole was an appropriate sentence and didn’t see the need to resentence him.

She said the resentencing process has been very difficult on the victim’s family.

“My daughter was unable to come home, so why should he be able to get out of prison and come home?” Richards told the court.

Following resentencing, Richards added, “Justice was served today. I’m very happy with the outcome. Jasmine was a very beautiful little girl. She was loving and caring.”

Richards’ son, Jacob Horton, of Verdal, Utah, who didn’t attend the resentencing but was informed of its outcome by his mother, told The News-Item via cellphone that he was only 9 years old when his sister was murdered.

Horton said, “I’m OK with the sentence he received. I’ve forgiven him (Brown), but considering the circumstances, I believe it was definitely an appropriate sentence.”

Horton said Brown’s bringing up and lack of counseling most likely played a role in his sister’s murder.

Stoud’s grandmother, Linda Stoud, of Paxinos, also commented about the sentence. She said, “I can live with that. It’s been hard on the family ever since we learned that he had to be resentenced and I’m just glad this part of the case is over. It brings a little bit of closure.”