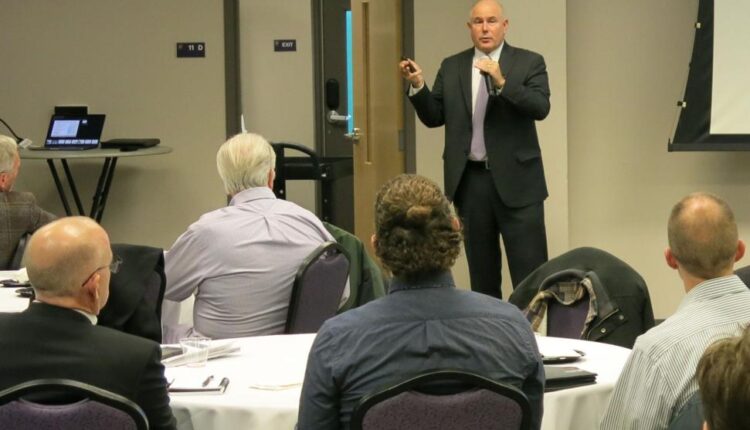 Now, a contingent of northern Utah companies from the Weber and Davis counties are hoping to do the same – create a fund, the Northern Utah Venture Fund, to fuel the growth of potentially new technology companies, advanced materials manufacturers, and more. The aim, according to Guy Letendre, is to create a pool of large, local companies that can contribute to the economic well-being of the region. Letendre is the director of economic development at Weber State University, the main driving force behind the plans.

He noted the names of many industrialists and businessmen who were vital in earlier stages of the area’s development, and some of their names adorned the Weber State Buildings. “We need to have more families like this,” Letendre said.

Income and profits generated by local businesses supported by the fund remain local and benefit the local economy. In contrast, large corporations in the region that are headquartered outside of the state tend to flow back into their home offices, Letendre said.

The venture fund initiative took a step forward on Tuesday when the Ogden City Council, which had previously discussed the matter, formally agreed to join a coalition of other local authorities in establishing the Northern Utah Development Foundation. This body, led by officials from the City of Ogden and the other coalition members, will administer the Northern Utah Venture Fund.

The goal is to invest primarily in companies in Davis and Weber Counties, although others in Utah and the west could be targeted as well.

Now, Letendre said, efforts are being made to raise the capital needed to get the fund off the ground, the money that would be made available to the entrepreneurs. The other coalition partners besides the city of Ogden and the state of Weber are Weber County, Ogden-Weber Technical College, Davis County Council of Governments and Davis Technical College.

According to Tom Christopulos, director of Ogden’s Community and Economic Development Office, the overall vision is to create an “angel investor network” to create “influential economic growth”. He spoke at the meeting on Tuesday before the Ogden City Council on the matter.

“Our goal is to create great companies that will grow,” he said.

Letendre did not go into details of the financing that was to be raised by private investors in the region. But other figures that he and Christopulos provided suggest it would be sizeable. Christopulos has 25 deals over five years, although half of them may fail, as is typical in venture fund deals. According to Letendre, the investment would likely be at least $ 100,000 per company.

“We believe there are many companies that would benefit from this fund,” said Letendre. Recipients of investments, he said, would likely be “companies that are not yet profitable, some of them may not yet have sales”.

Weber State also operates the Wildcat MicroFund. This is supposed to help small business owners get their business ideas off the ground with grants of up to $ 2,000.