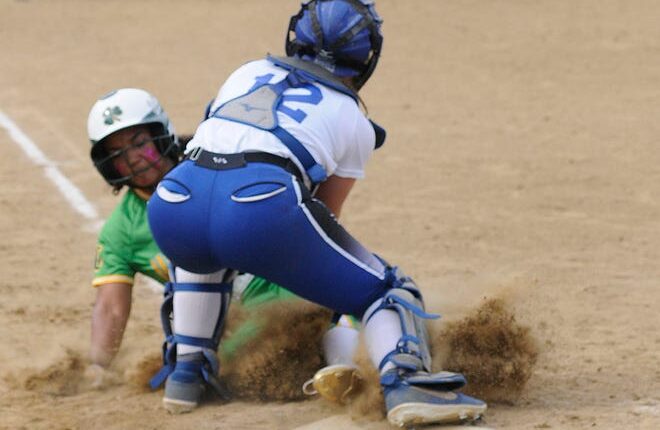 RAVENNA — Making regionals was one of Northwestern’s main goals entering this season.

Although the Huskies’ season came to an end with a 6-2 Division III regional semifinal loss to Ursuline Wednesday at Ravenna High School, they took solace in the fact that they made one of their biggest goals a reality.

“Our goal was to make it back to regionals,” NW coach Scott Hershey said. “Once you get here, anything can happen. I told [my players]’There’s nothing to be ashamed about at all. You got beat by a good team.’

“… I’m proud of the girls for making regionals. It doesn’t happen very often, like that [I told them to]’Enjoy that and be proud of it.’”

“They’re a big part of the program,” Hershey said. “They set a good example for the younger girls to lead by the following years. They made two regional berths in three years and one year being the pandemic, so that’s something to be proud of and nothing to hang your head on.

Northwestern (19-7) had two chances for a big inning, but it couldn’t get a clutch hit when it needed it most.

Olivia Amstutz put the Huskies ahead 1-0 in the bottom of the first with a two-out single to the right. Marina Aulger then walked to put runners on first and second, but the next batter struck out swinging to end the inning.

After Ursuline struck for three runs in the second to take a 3-1 lead, Northwestern’s Emma Ewing scored on a throwing error to make it a one-run game with two outs in the third. The next batter lined out to right field, though, stranding the runners on second and third.

“[Not being able to get a clutch hit] has kind of been a little bit of the story of our season,” Hershey said. “… We didn’t probably play our cleanest or best game, but we battled.”

Ursuline pitcher Paige Ogden got into a groove after the third, retiring eight consecutive batters. NW’s Audrey Franks broke up Ogden’s string of dominance with a two-out single to right in the sixth, but Ogden then induced a groundout to end the inning.

Garver doubled with two outs in the seventh, but Ogden struck out the next batter to end the game. The senior finished with 10 strikeouts and allowed just six hits in a complete-game victory. Daylie Rickard slashed two hits to lead Northwestern.

“[Ogden] threw a nice ball game,” Hershey said. “[She didn’t use] much off-speed, but it looked like she moved it around and kept the ball up a little bit on us.”

Amstutz went the distance in the circle for the Huskies, allowing six runs on 10 hits with three strikeouts and two walks.

“She got behind quite a bit today, which is not like her,” Hershey said. “… With a good-hitting team, they took advantage of a few pitches when they were ahead in the count and got some good pitches to drive.

“Liv battled. I give all of the credit in the world to Liv for staying out there and giving us a chance to win it.”