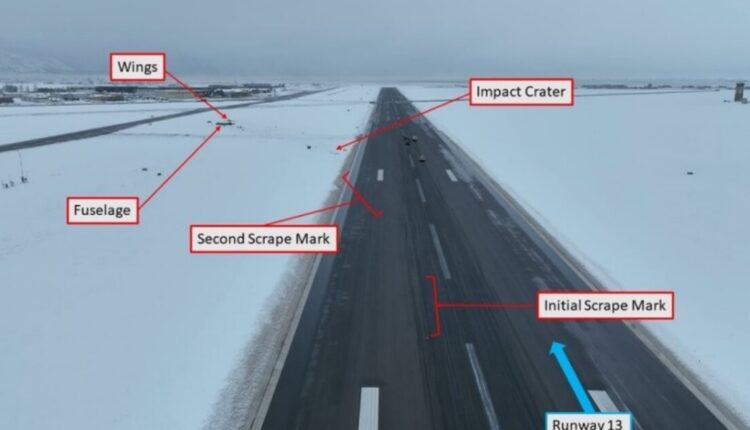 PROVO, Utah — A preliminary report from the National Transportation Safety Board offered new details on what led to a fatal plane crash in Provo that killed the pilot earlier this month.

Nathan Ricks of Alpine was killed on Jan. 2 when his plane crashed right after takeoff at the Provo Airport. Three passengers were injured in the accident, one with critical injuries.

The NTSB report released Wednesday offered witness accounts of the crash, including from an airport employee that refueled the Embraer 505 minutes before the crash.

“The fueler stated while he was refueling the airplane, the pilot mentioned that they were trying to get out before the weather,” the report states. “The fueler added that while he refueled the airplane, he did a ‘once over’ and remembered observing unfrozen water droplets on the wings.”

According to the report, the fueler said at the time of the accident, there was snow and misty rain, between light and medium intensity. They said they saw the plane “pull up steep,” roll to the left before the left wing impacted the ground.

Another witness saw the plane “ascend to about 20 to 30 ft above ground level, and then both wings wobbled ‘back and forth.’ The airplane banked right, and then ‘hard left’ as the left wing struck the ground.”

Investigators found the plane had impacted about 20 feet left of the runway centerline and created a scrape mark that extended about 91 feet. An impact crater contained portions of the airframe debris and other plane components, with other debris extending nearly 600 feet from the crater.

Following the crash, Provo Airport was closed for nearly three days before being allowed to reopen.