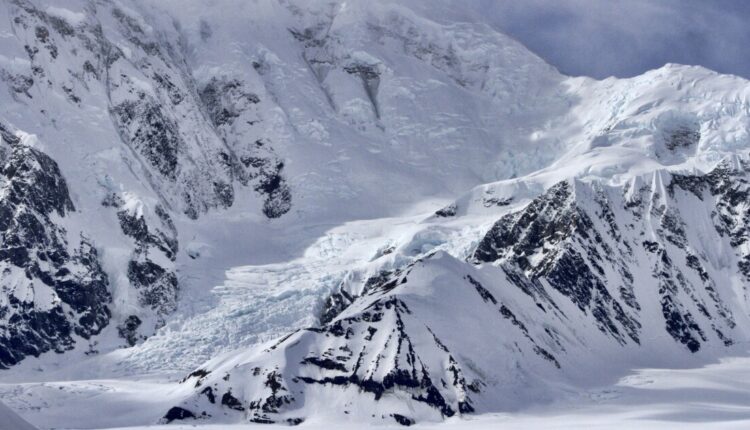 OGDEN, Utah – An Ogden doctor was charged this week with feigning hypothermia to be flown from the highest mountain in North America.

The U.S. District Court for the Alaska District sued Dr. Jason Lance on Tuesday for three crimes-related incidents that occurred in May while attempting to climb Denali.

Lance is listed as a radiologist with the Ogden Clinic.

Court documents allege Lance, 47, used a satellite device on May 24 to contact rescue workers to be evacuated from the mountain after abandoning his attempt to climb the summit.

When officials denied his request by answering “[t]The helicopter can’t get to your location and won’t fly tonight, ”Lance wrote back. “Can’t get off safely. Patients in shock. Early hypothermia. “

Hearing climbers faced potentially fatal conditions, and authorities launched a rescue helicopter with supplies in hopes of reaching Lance and the other climbers. In the air, however, the helicopter was informed by guides that, according to court files, the climbers descended on their own.

The other climbers later told officials that “none of them had suffered any form of medical shock or hypothermia at any point during their ascent or descent,” contradicting Lance’s claims. They added that they spent “hours” trying to convince Lance to go down the mountain with them, but that he refused and that the National Park Service was obliged to rescue them because “we paid our fee” .

Lance, 47, and a partner identified as AR in court documents, originally climbed Denali when AR “began to show symptoms of altitude sickness”. Lance left AR with a separate group as he walked to the summit, but took his partner’s satellite device.

When the other group saw the ARs’ condition worsening, they stopped their summit attempt to help AR descend. Lance later rejoined the group after abandoning his own attempt.

READ: Woman flying to SLC fined $ 24,000 for refusing to wear a mask and assaulting crew members

During the descent, AR fell 300 meters from the top of Denali Pass. When he saw Lance lying motionless after his fall, Lance sent an SOS over the satellite device. A helicopter crew reached AR and found him alive but unresponsive before transporting him to another location “where paramedics were providing life-saving treatments”.

Later that evening, Lance made his own failed attempt to be flown off the mountain.

The next day, Lance was interviewed by Denali NPS Mountaineering Ranger and Police Officer Chris Erickson, who wanted to collect all of ARs’ personal belongings to bring to him or his family. Lance refused to give Erickson the satellite device.

Erickson warned Lance not to “delete any messages or information from the device,” then claimed the doctor went into his tent where the device was and closed the walls. After receiving another warning, Lance allegedly replied that the NPS should have saved him the night before. Lance left the tent after a few minutes and handed the device over.

A later investigation found that messages on the device had been deleted between Lance and rescue workers.

When contacted again on May 26, Lance affirmed that the other climbers were suffering from hypothermia and shock and that, as a doctor, he would recognize their conditions better than the others.

Lance was charged with disturbing a government employee, violating a lawful order, and filing a false report.

Researcher: Medicare Advantage Plans Costing Billions More Than They Should

The completion of the $ 1.2 million protection is aimed at improving the Flaming Gorge marina