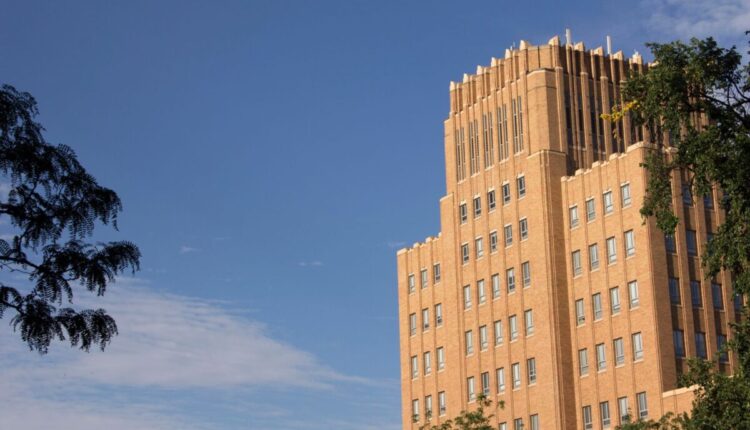 The Ogden City Municipal Building is shown in August 2020.

OGDEN — Ogden leaders have approved additional pay hikes for city employees — including the mayor and City Council — the last of a series of increases dating to last year outlined in a consultant’s study of wages.

“As you know, we are in a tight market. We have some tough recruitment and retention challenges,” Leslie Judkins, the human resources manager for the city, said at Tuesday’s Ogden City Council meeting, when officials approved the latest wage increases. “We need to do all we can to try to keep our employees.”

The consultant, Evergreen Solutions, recommended a three-phased approach to boosting pay of police, firefighters and other employees to keep wages offered by the city competitive with surrounding cities and counties. The city employs around 650 full-time workers, according to Janene Eller-Smith, executive director of City Council staff.

The increases Tuesday had unanimous backing from the council. “You guys are incredible people,” said Ben Nadolski, chairperson of the council. “We’re blessed to have you.”

Judkins told council members Tuesday that the city has experienced year-to-date turnover among employees of 10%. In the last pay period, the city lost 10 full-time workers, nine of them due to resignations, one to retirement.

Still, the debate over the pay hikes, while broadly supported, hasn’t been without questions, according to Eller-Smith. Notably, city officials have wondered how the city will cover the cost going forward of maintaining the higher wages.

“That’s obviously going to be one of the big questions,” Eller-Smith said. “They definitely expressed concern about it. I think that will be a major topic of discussion in the next budget session.”

Moreover, Tuesday’s action doesn’t mean an end to pay hikes going forward. “The city recognizes that additional changes to employee compensation may be needed in order to be competitive with the market,” reads a memo from city staff on the matter.

Whether a boost in taxes for 2022-2023 is in the offing to help cover rising personnel costs remains to be seen. Mayor Mike Caldwell is to put forward a spending plan for the coming year on May 3, subject to review and consideration by the City Council.

The council last month approved a policy change that calls for consideration of property tax hikes every other year. The council last approved a tax increase, above what state guidelines permit without a special hearing, in 2018, and higher pay for police and firefighters figured in the action, according to city documents.

Per Tuesday’s action, the base annual pay for City Council members, considered part-time employees, will go from $22,500 to $22,950, up 2%. The new pay level represents a 22% increase from $18,814, the base pay prior to the first of the most recent phased increases, which took effect on July 1 last year. The council chairperson and vice chairperson each earn slightly more.